The US May Be About To Decriminalise Federally

On November 20, 2019, the US House Committee approved the most progressive US marijuana legalisation bill in the country’s history. It isn’t law yet – however, it’s currently the closest the United States has ever come to federal cannabis legalisation. 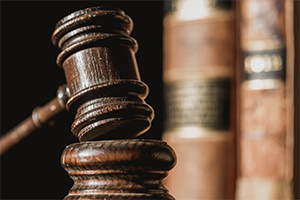 The Legalisation Bill: What Is It?

The Marijuana Opportunity Reinvestment and Expungement Act (MORE Act) of 2019 aims to decriminalise marijuana at the federal level. It passed the House committee with 24 votes to 10.

Assuming the bill is ratified into law, it would remove the ‘Schedule 1’ status from cannabis. Individual states would still be able to set their own cannabis policies; however, from a federal perspective, marijuana would no longer be a controlled substance.

Removing this federal classification would collapse the contradictions between state and federal laws concerning cannabis in the United States. This allows people and businesses to conduct and fund their day-to-day in a much more standard, much less legally ambiguous way.

The main pillar for the ‘reinvestment’ section of the act is a 5% nationwide tax on marijuana products. This would ideally fund a number of rehabilitation and harm minimisation programs. Ultimately, the intention of this tax would be to help those most adversely affected by the war on drugs in America.

The ‘expungement’ part of the act will be focused on lifting convictions and arrests for cannabis-related incidents on a federal level. States will still have the power to decide whether they would expunge their own non-violent cannabis convictions. 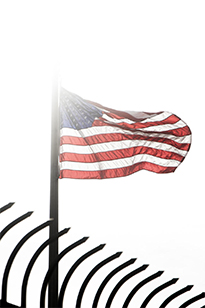 The next step for the bill is to go to the House of Representatives. Given the House is controlled by Democrats, it also has a good chance of passing here. There are currently 232 Democrats in the House, to only 198 Republicans.

The last and most difficult step the bill would then face is the Senate. Currently, Republicans control the Senate with their majority lead. The US Senate is made up of 100 senators; 53 are Republicans, 45 are Democrats, and 2 are Independents. Senate majority leader Mitch McConnell is a Republican from Kentucky; and he strongly opposes marijuana legalisation.

Chances Of Passing The Senate

Should this act pass the House and reach the Senate, Mitch McConnell could still choose to completely ignore the bill. This is a very likely scenario, as it’s already happening with numerous other bills. But let’s ignore that scenario for the moment, and focus on the chances that this cannabis legalisation bill has of passing the Senate vote.

From the House Judiciary Committee’s vote, 2 of the 24 votes in support were from Republicans, with the other 22 being from Democrats. The committee is made up of 24 Democrats and 17 Republicans. Applying this very small and inaccurate sample size, we find that around 11.8% of Republicans and 91.7% of Democrats in support. 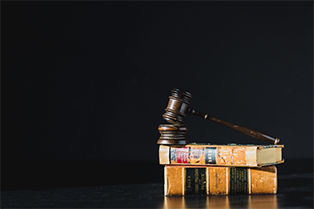 Applying these figures to the Senate, we would expect roughly 6 Republicans and 41 Democrats voting for the bill. This wouldn’t be enough for the 51 required for the bill to pass, but would place it very close to passing, at 47.

Two more votes could be gained from the Independent senators. Although late to the party, Angus King from Maine has recently voiced his support for marijuana legalisation. Of course, this recent support is only an indicator of whether or not he would support this bill. The other Independent senator is Vermont senator Bernie Sanders. If you follow US politics at all, you’ll know that Sanders is certainly in favour of cannabis legalisation. The THC Times have stated that if Bernie Sanders is successful in his presidential bid, he wants to legalise marijuana within the first 100 days of office.

Including those two votes would bring the number to 49 – still two votes short of moving to Trump’s desk. Of course, anything could happen between now and then, with a few extra Republicans or Democrats adding their support. When it comes to cannabis, Republicans (such as Rand Paul) tend to see across the aisle a lot more than usual – it may be those Senators that allow for the bill to pass through.

With all the noise surrounding the 2020 elections, the impeachment hearings, and a potential armed conflict with Iran, the MORE Act has seemed to slip everyone’s minds. Most of the Democratic candidates are in support of federal legalisation, which could be another potential avenue to legal marijuana in America.

There is such enormous uncertainty at this stage, in the US cannabis space. Anything could happen… but let’s just assume that this bill passes. What would this mean for Australia?

Knock-On Effects Down Under

It’s no secret that nations copy each other. It’s a matter of competing over countless country ranking systems; most countries want to be at the top. The public opinion surrounding cannabis is softening, with thanks to the legal schemes that already exist in other places across the world. Legalisation is beginning to be seen as more of a positive than a negative – particularly in Australia. 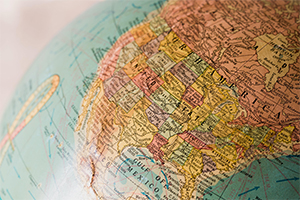 Aussies have a long history of following the United States. Whether it’s into wars, or social issues like marriage equality, or holiday trends like ‘Black Friday’ and ‘Halloween’, Australia is generally trailing the US – like a trusty sidekick.

Most Australians would tell you there are more pressing issues at home, right now – yet the discussions surrounding legalisation are becoming ever more frequent, both at home and abroad. The United States, with its expansive sphere of influence and power, will almost certainly persuade Australia into setting its wheels in motion, too.

The United States legalising cannabis is a matter of when, rather than if. The day it happens will be truly momentous for people living not just in the United States, but all across the world.