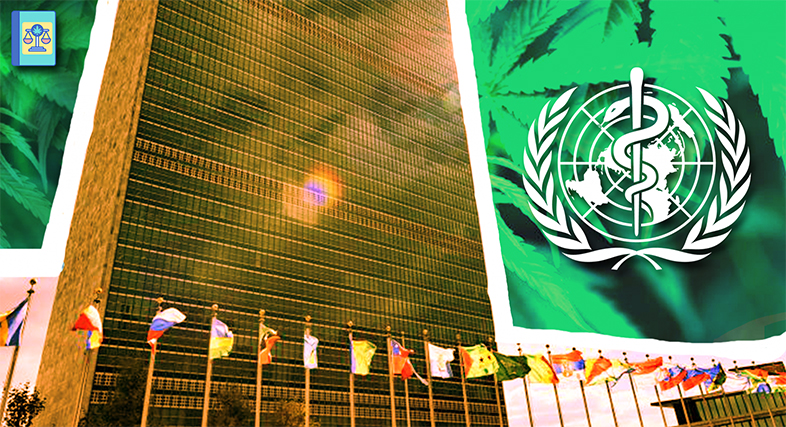 It’s been a hell of a year for cannabis. The plant has managed to make monthly appearances in news headlines across the world – at least. It started off strong, with Canberra being the first jurisdiction in Australia to decriminalise cannabis for personal use.

The middle of this year was a little shakier – as unfortunately, 4/20/2020 was practically cancelled by COVID-19. Later in the year, we faced another crushing defeat… the referendum held over in neighbouring island nation of New Zealand didn’t deliver the outcome of legalisation.

Safe to say, it’s been a ride of ups and downs. Luckily, the end of 2020 is not here to disappoint – in fact, we dare say that the future is looking promising. 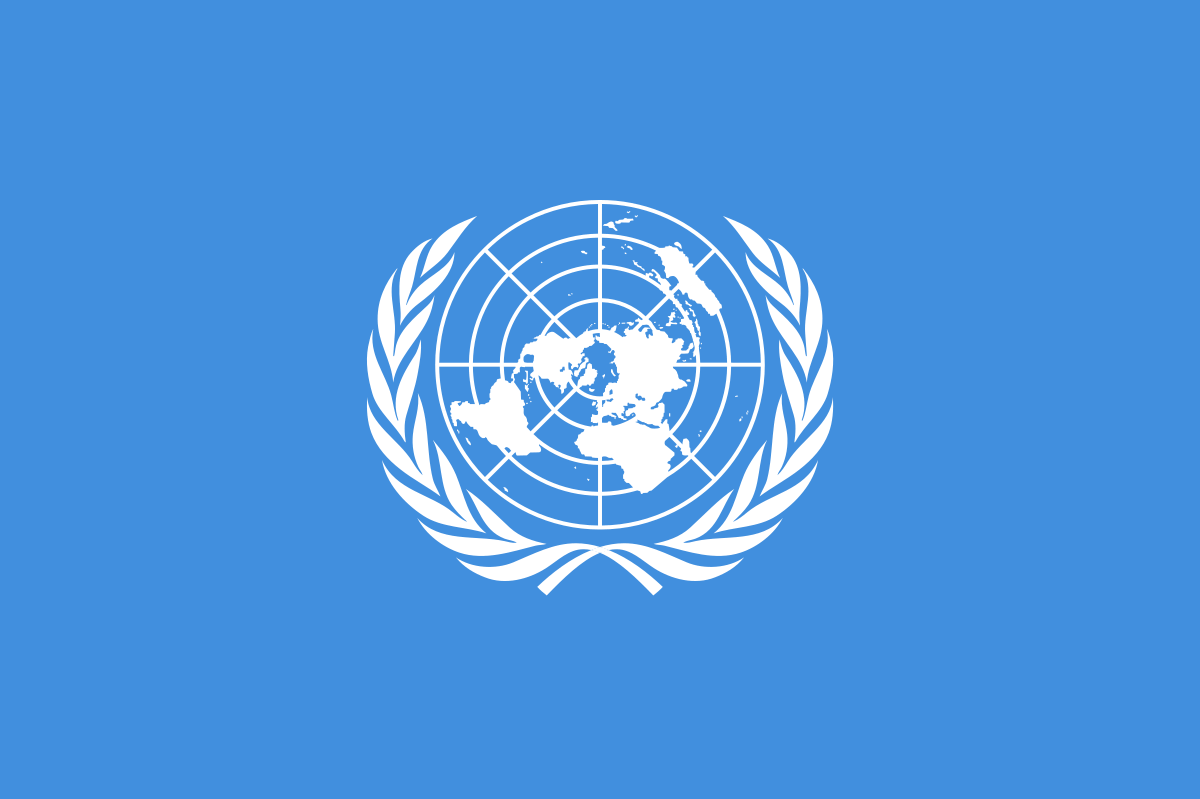 This week, a United Nations Commission removed cannabis from their list of the world’s most harmful and dangerous drugs.

Following a review of the World Health Organization’s (WHO) recommendations relating to cannabis and its derivatives, the CND‘zeroed-in’ on the decision to remove cannabis from Schedule IV of the 1961 Single Convention on Narcotic Drugs— listed for over half a century alongside opioids, including heroin.

This decision has been anticipated for decades; it contains the potential to unleash a completely unprecedented expansion of cannabis-related research and development. 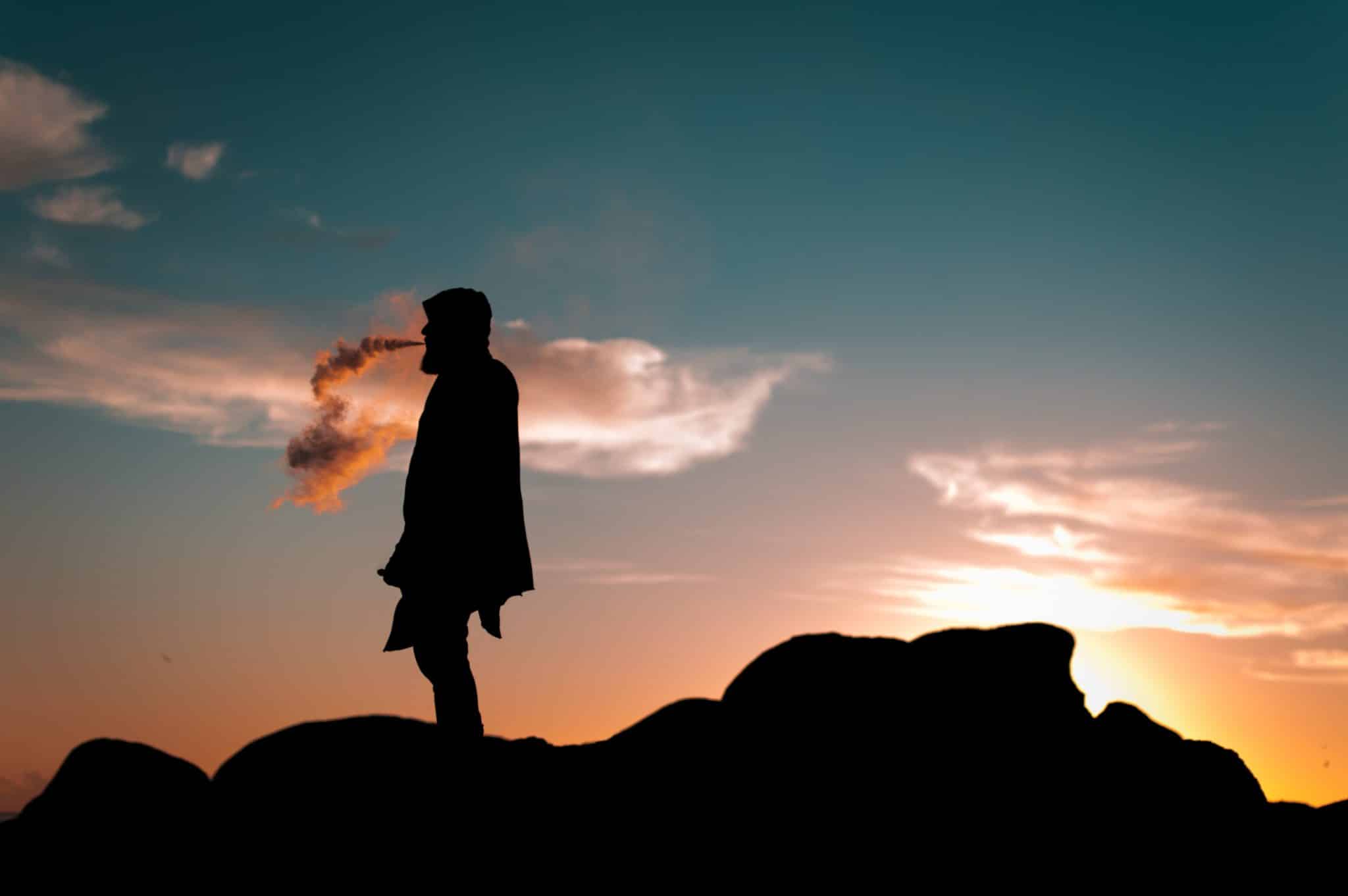 Still, you may say – so what?Who cares what some UN commission deems to be safe or unsafe? Well, we might actually be inclined to side with you, here… except, the United Nations has historically influenced many nations across the world to adopt their own substance regulations, in line with their recommendations – that is, on multiple occasions.

The United Nations may typically be perceived as a rather passive and powerless institution… but that does not mean they are a completely toothless tiger, either. The UN has proven it can possess real influence over the actions of states.

For instance, Australia could potentially lose the global authority to produce and sell opium en-masse from Tasmanian poppy farms…. if they seriously contravened the UN’s existing recommendations relating to drug control.

Recommended For You
United Nations, Weed Legalisation, and the Australian Addiction to Opium

Canada, Uruguay and 15 US states have already legalised the recreational usage of cannabis. Mexico and Luxembourg are close to becoming the third and fourth countries to do so.

The first recommendations from the UN were delivered by the World Health Organisation in 2019; but faced delays, leading up to the UN Commission vote. The reclassification then passed this year, 27 to 25, with an abstention from Ukraine. The United States and European nations were among those who voted in favour; whereas the likes of China, Egypt, Nigeria, Pakistan and Russia were opposed.

It’s likely that the UN Commission vote will not spur dramatic immediate consequences, as cannabis users are keen for; governments will still inevitably develop their own drug policy. States maintain independent jurisdiction over how they wish to classify cannabis as a substance, and how to enforce the laws.

With that said… we will see many countries turn to global conventions, for guidance around policy. Recognition from the United Nations – a massive multinational institution, with a significant degree of global legitimacy – is a big symbolic win for advocates of cannabis law reform across the world. Indeed, it’s a win that could create the foundations for a broader shift in global drug laws.

Recommended For You
The US Weed Legalisation Bill: Explained

The recent decision by the United Nations followed the US Presidential Election in November of 2020. Liberal Joe Biden has been elected to office, which is considered to be a good sign for the reform of drug control legislation across the country. Additionally, both cannabis and psychedelic drugs made some massive gains in certain states at the 2020 elections, through direct ballot initiatives.

On top of all these big wins, the United States House of Representatives has passed a federal cannabis legalisation billto the Senate… which, sadly, is unlikely to pass through the Republican-controlled chamber.

It’s still the furthest a cannabis reform bill has ever progressed, in the halls of Congress. The US is moving ever closer towards a total, federal legalisation of cannabis. This comes at a good time, as the country will soon be sandwiched between two nations who have federally legalised marijuana. Just days before Thanksgiving,Mexico moved forward with their legalisation of the cannabis plant for a variety of uses.

The Path Towards Decriminalisation in Australia

The UN Cannabis Reclassification is set to influence Australian public policy, moving forward. It often seems like Australia is performing the very same international shifts… except a lot slower, in comparison to some other regions around the world, such as the United States, parts of Europe, and New Zealand.

However, if you sit and watch the Australian content of drug law reform very closely… you’re bound to notice some very positive signs. 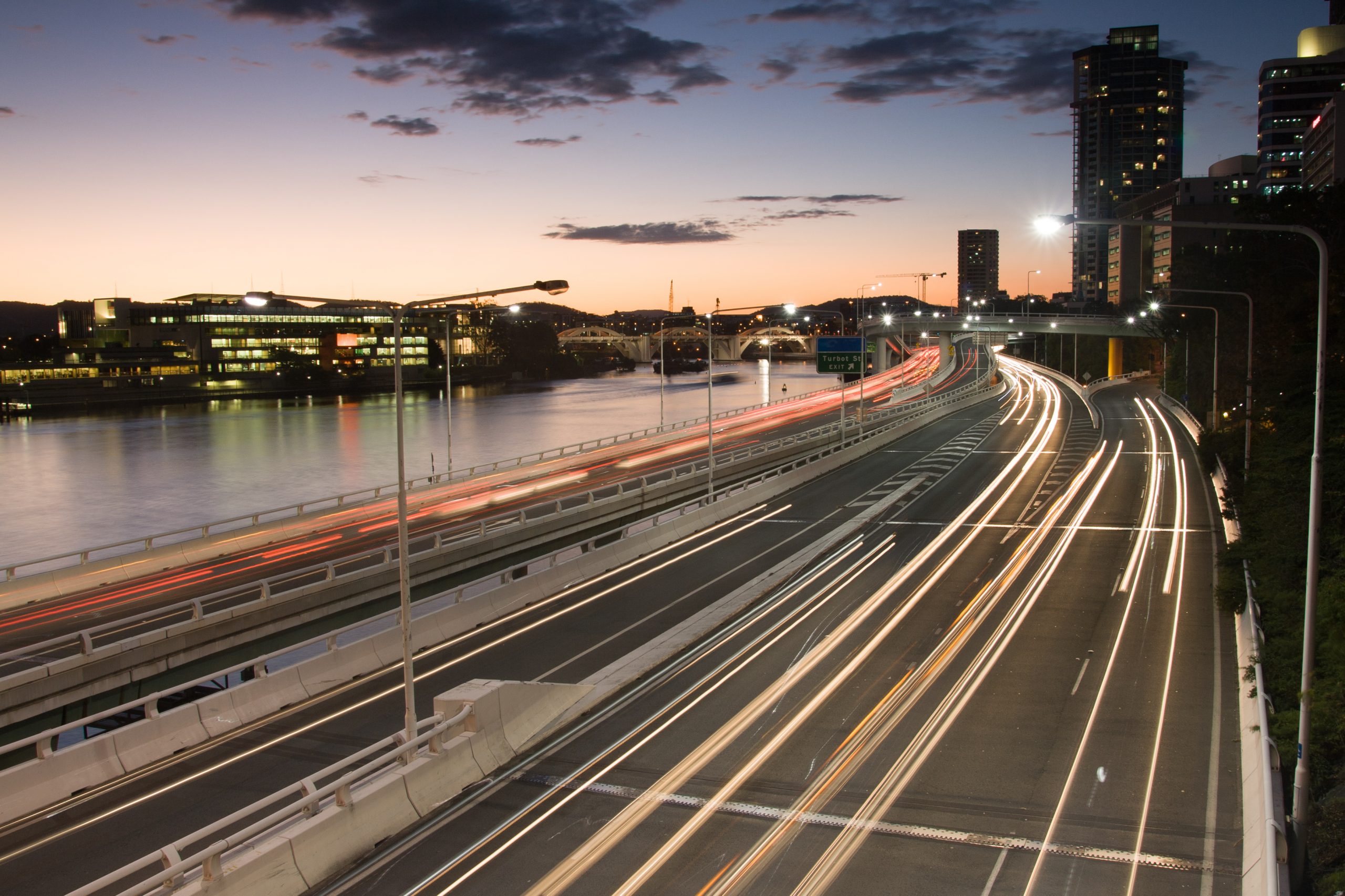 The Queensland State Department of Healthannounced this year that any registered medical practitioner can write a script for practically any medical cannabis product, to any patient, with any condition – if they believe it is ‘clinically appropriate’ for their patient’s condition, and they have obtained the required approval from the Commonwealth government.

Queensland doctors can now prescribe Schedule 4 — Cannabidiol (CBD) and Schedule 8 — Tetrahydrocannabinol (THC), or THC:CBD products, without a Queensland approval. In short – this makes it much easier for people to get their hands on legal medicinal weed. In response to these changes, the Australian medicinal cannabis scheme has expanded significantly in the past year, both in Queensland and in other states.

In Victoria,medicinal cannabis users are likely to befree to drive with cannabis in their systemwithout legal punishment, as early as 2021.

This change is expected as part of a new plan, to be drafted in consultation with MPs, police and doctors, in the coming months. The change in state policy would effectively mean that driving while under the influence of medicinal cannabis would be regulated and managed in a very similar fashion to other forms of pharmaceutical medications. This is a first in Australia, since drug-driving laws were introduced.

This upcoming policy shift in Victoria has been preceded by reports displaying that the medically active component of cannabis does not impact one’s driving ability. The same report also explains that moderate THC intoxication only lasts a few hours. Its findings have significant implications for the enforcement of drug-driving laws – particularly in the case of medical cannabis users.

In ACT – the nation’s capital –total drug arrests are decreasing. We can only assume this is continuing after they decriminalised cannabis, earlier this year.

Over in New South Wales, those caught with quantities of cannabis considered to be ‘of personal use’are soon to be let ‘off the hook’ with simple warnings. This announcement signals a major change to drug policy in the state. 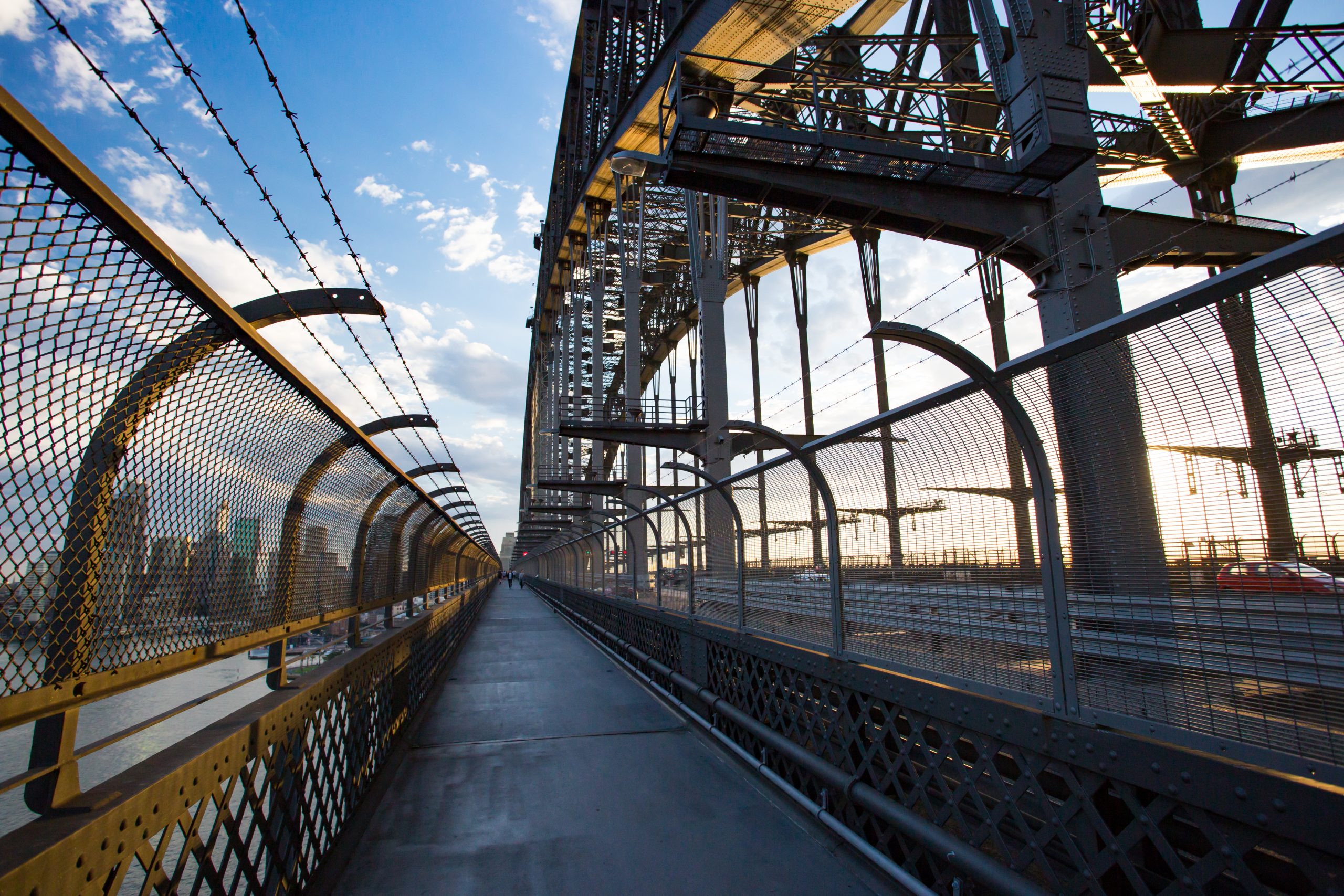 The new policy is set to provide people caught with small amounts of drugs three chances. In the first instance they are caught, a warning will be distributed. If they’re caught a second and third time within a 12-month period, they will be fined. If they’re caught for a fourth time,within a year of the first instance, they will face a criminal penalty. If the subsequent instances occur outside the 12-month period, the count resets.

The Increasing Acceptance of Medicinal Cannabis and CBD (Cannabidiol) 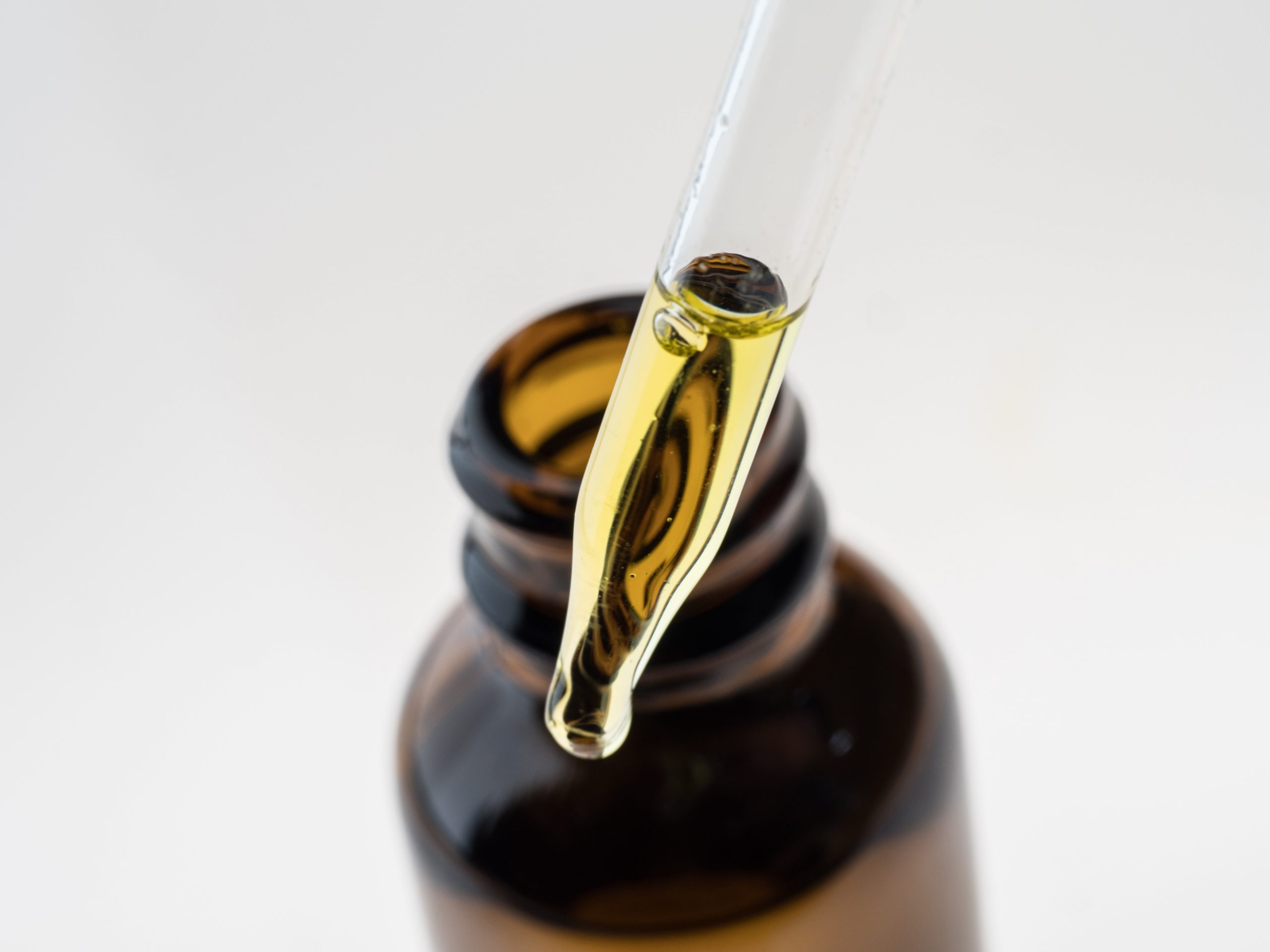 WHO recently clarified that Cannabidiol (CBD) – a non-intoxicating compound found in medicinal cannabis – is not subject to international controls.

CBD has taken on a prominent role in wellness therapies in recent years, sparking a billion-dollar industry. Currently, more than 50 countries have adopted medicinal cannabis programmes.

Even evidence-based government commissions are increasingly acknowledging the ‘common sense’ of legalising cannabis, and decriminalising drugs. In January, the Queensland Productivity Commission conducted an inquiry into rates of imprisonment in the state.

The commission found that decriminalisation would improve the quality of drug users’ lives and save billions,without increasing the rate of drug use. They recommended that the Queensland Government legalise cannabis. The state Labor government then rejected these recommendations, in fear of receiving electoral backlash in the upcoming 2020 State Election.

Support For Cannabis Legalisation is Growing Rapidly in Mainstream Australia 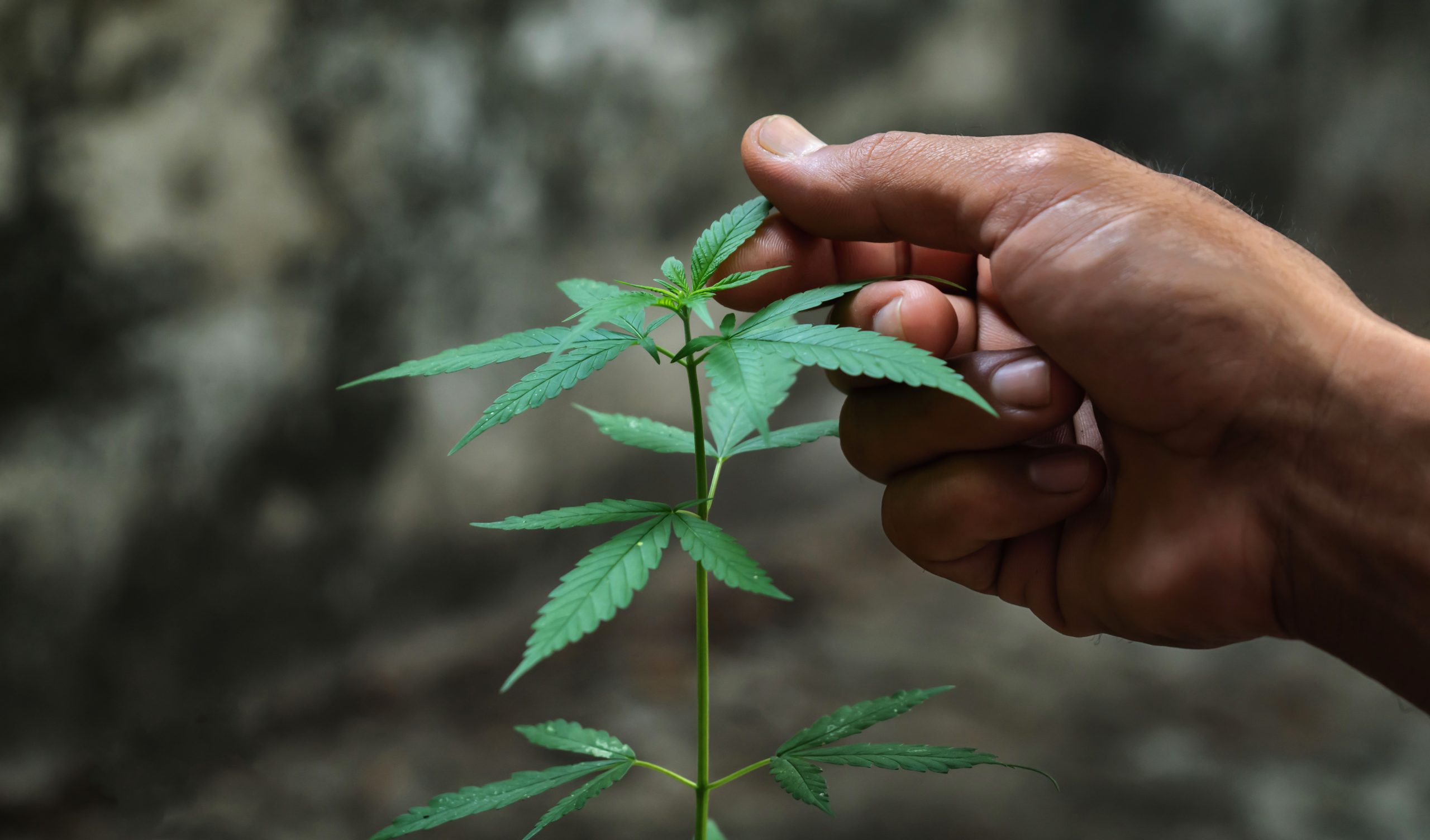 If even the Queensland Government’s commission of experts are now openly telling us that cannabis is safe, useful and would be best if it were decriminalised, it’s really only a matter of time before the tide of public opinion turns against the criminalisation of cannabis, leaning towards new legal frameworks that address existing social problems in a fairer and more comprehensive fashion.

If you ask us, the future is looking bright – and 2021 is promising. It surely won’t be very long at all until your grandmother starts asking you about whether CBD can reduce her inflammation. Just wait until you’re discussing the effects of different varieties of tinctures with your Nanna! That’ll be the day.

The cannabis revolution is going global – and it cannot be stopped. The movement to decriminalise and legalise cannabis signifies a renaissance of consciousness, commodity and culture in many human societies.

In the 21st century, people are coming to transcend traditional cultural and institutional boundaries and limitations – ones they were ‘born into’ and ‘forced to accept’, rules that have been kept in place for generations. As barriers break down, people are coming to rapidly discover the previously unexplored benefits of prohibited substances. We are only now beginning to collectively appreciate the rich potentials contained within plants such as cannabis, and only just now coming to realise these potentials for humankind.

Mitch
Mitch Keys is a young writer from Brisbane, Australia unfolding in a dynamic process of becoming (like everyone else, so don’t go thinking he’s special or anything). He likes being alive.
Subscribe
0 Comments
Inline Feedbacks
View all comments

What Makes Cannabutter 'Magical'? It's difficult to locate the source of cannabutter's magic - but let's just say, the cannabinoids certainly...
Read more