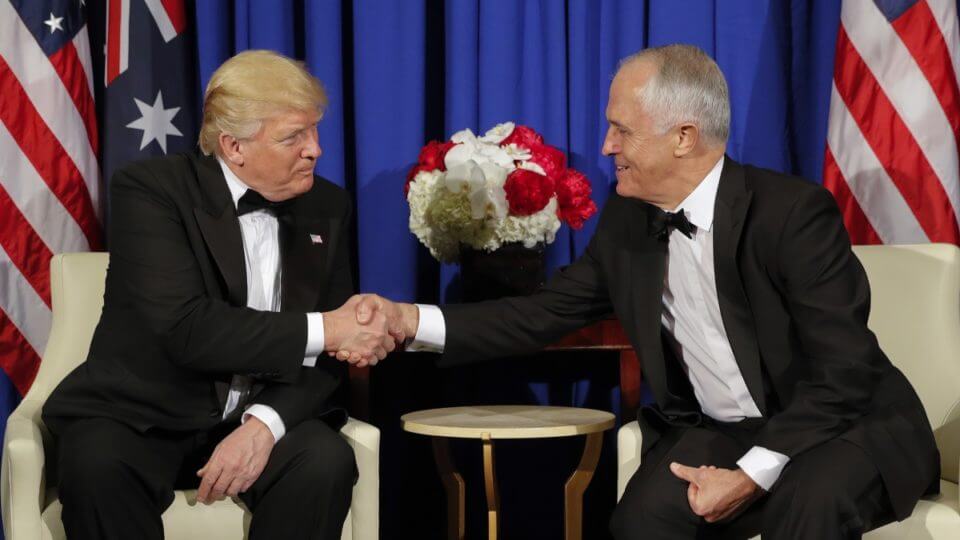 To the surprise of perhaps nobody, U.S. President Donald Trump is making worldwide headlines once more. This time, it’s not because he’s threatening atomic war, blabbing about big walls, or goading celebrities over Twitter . . . this time, Trump may be going green.

California, along with eight other states in the U.S., have legalised recreational marijuana usage amongst adults (along with 20 other states, which have legalised it for medicinal use). Even so, the future of dope in America remains hazy – particularly with characters like Attorney General Jeff Sessions (aka Mr. “Good People Don’t Smoke Marijuana”) in Washington D.C.

“If you are in the marijuana business … you can’t get a bank loan or set up a bank account because of concern over the conflict between state and federal law,” says Senator Cory Gardner, one of the lead sponsors behind the rally for full legalisation in America. “We need to fix this. It is time we take this industry out of the shadows, bring these dollars out of the shadows.”

When asked about the proposed bill to decriminalise cannabis on a federal level, President Trump responded: “I support Senator Gardner. I know exactly what he’s doing. We’re looking at it. But I probably will end up supporting that, yes.”

Trump has also taken steps to distance himself from Sessions, who fiercely opposes the bill. This is all despite Trump being the one responsible for appointing him in the first place.

While it may all be a numbers game to the political elite of America – this bill could be a serious step forward in the race toward legalisation – not just in The States, but worldwide.

It’s no secret that Australia and America are close. Often referred to as “best friends,” Australia has been a “client state” for the US since the Second World War. We have consistently backed America’s (often shifty) international behaviour for decades. This has led us into a host of international conflicts – the War in Korea, The War in Vietnam, The Gulf War, The American Invasion of Afghanistan, Iraq, Syria . . . etc. etc.

“If anything characterises Australian foreign policy today, it is silent complicity. We follow the United States into wars that are devoid of strategy or a clear endgame, without explaining to Australians how sending troops overseas does anything to make anyone safer,” writes The Sydney Morning Herald.

The question on our lips? If we’ve spent so long playing Team America . . . are we going to follow the yanks with more than just tanks – and get Cheech and Chong with some dank Ozzy­ bongs?

That is to say – what is the future of recreational dope in Australia, now that America is moving swiftly along the green highway?

“Governments around the world are realising that prohibition of cannabis causes more harm than it prevents,” says Australian Greens leader Richard Di Natale. “It’s time Australia joined them and legalised cannabis for adult use.”

Di Natale is a former GP, with extensive experience in drug and alcohol addiction and rehabilitation. Under his leadership, the Greens would structure Australia’s hemp industry not around the market-driven platforms in the U.S., but more akin to Uruguay’s state-controlled cannabis program.

The Greens aren’t the only party that has shown a green interest, though.

The Liberal Democrats also support moving Australia’s hemp industry forward in leafs and pounds. Taken directly from their website: “The Liberal Democrats support the legalisation of use, cultivation, processing, possession, transport and sale of cannabis, with protection of minors and penalties for driving while impaired.”

All across the world, the debate around weed remains contentious. It seems impossible to predict the exact nature of the future of cannabis in Australia. All we know is that change is happening . . . whether or not Australia will trail-blaze into the future, or lag behind in its own dark age, is a question that remains unanswered.