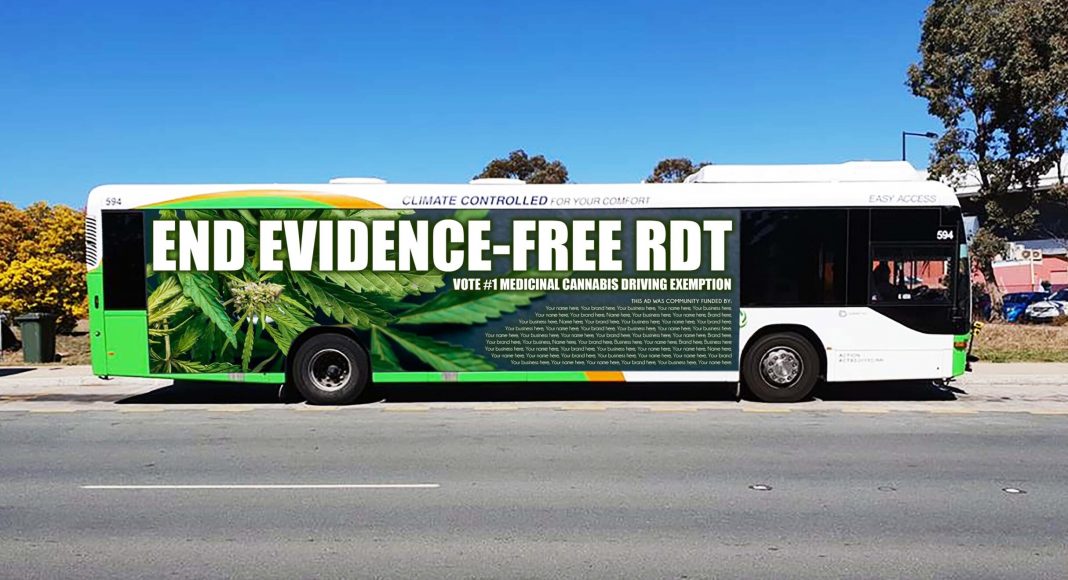 If you pay attention to the news, you may remember the ‘Evidence-Free RDT’ campaign from CrazeCo and associates – and how it made waves earlier this year, with a press release highlighting the legal framework changes in Tasmania.

Well, we have an update for you! In light of the recently motioned Medicinal Cannabis Driving Exemption Bill, scheduled for debate in NSW parliament during May 2022 [Road Transport Amendment Bill (Medicinal Cannabis — Exemptions from Offences) Bill 2021], our mates at the CrazeCo are once again gearing up to take on unfair cannabis driving laws… and this time, they’re doing it by plastering their message all over a large vehicle. Seems appropriate, right?

CrazeCo’s Mega-Size Drug Advocacy Ad… Printed on the Side of an Inner-City Bus!

You heard us right – the CrazeCo team have expressed their explicit intention to book a massive bus advertisement that will be seen all around Inner-West Sydney streets, come early 2022.

The advertisement will run for 8 months (32 weeks), in the lead up to discussion and voting in the Legislative Council (Upper House) of NSW’s Parliament. The ad will feature clear messaging to ‘End Evidence-Free RDT’ and advocate for the introduction of medical exemptions from cannabis driving laws in New South Wales… which we reckon is an awesome cause! We just had to shout it out.

If the bill successfully gets through the Legislative Council, there will then be an opportunity for the Legislative Assembly (Lower House) to have their say… and if the majority also vote in favour here, the bill passes!

To fund this venture, the CrazeCo will be taking donations. All non-anonymous contributions over $20 will be credited by name on the printed ad! All you have to do is leave the name you want credited in their ‘Personal Message’ section.

CrazeCo have noted that the more that individual contributors donate, the fewer there will need to be… which ultimately means that your name or business will show up bigger on the ad!

All Public Donations and Messages Will Be Logged Via MyCause!

The existing cannabis laws are actively discriminating against medicinal patients, who require cannabis to treat specific conditions. As there is currently no way to test reliably for impairment, anyone who regularly uses cannabis is subject to unfair criminalisation and the loss of their license… which can be a disaster for many patients and their ability to maintain employment.

Some people may be concerned about the potential impacts of allowing cannabis users to legally jump into a vehicle… but it’s important to recognise that cannabis impacts different people with dramatic variability. It is in no way analogous to alcohol – due to the complexity of the Endocannabinoid System and the way in which cannabis interacts with individual human bodies, there is currently no reliable quantitative indicator for the level of impairment in an individual, as is the case for BAC (Blood Alcohol Content).

Additionally, the way in which authorities currently test for cannabis allows for the substance to be detected inside of one’s body well after impairment has long-passed. In some cases, people have been stung by the law after several days, or even a week, of sobriety. 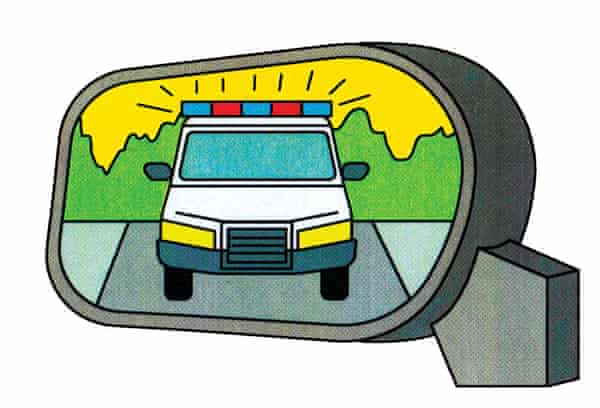 The call to end Evidence-Free RDT has recently been backed up by the results of multiple studies. One conducted in Canada post-legalisation found that there was no significant increase to the number of casualties on the road.

It’s also been demonstrated by the Lambert Initiative (University of Sydney) that the risks to road safety under the influence of medicinal cannabis are comparable to other prescription drugs, such as anti-depressants, opioids, and benzodiazepines.

In his analysis published in the International Journal of Drug Policy, Professor Iain McGregor shows these drugs can more than double the risk of crashes. By contrast, previous studies have shown that drivers testing positive for cannabis have a slightly increased crash risk (of 1.1 to 1.4), while other recent research has shown no increased risk at all.

Despite this, many legal medicinal cannabis patients have been fined and taken to court over drug driving offences since the scheme was introduced in 2016, without significant evidence for real impairment on the road. This is simply unfair, and needs to change!

TO SUPPORT THIS BRILLIANT CAUSE, PLEASE DONATE HERE!

If their goal is not reached, the CrazeCo have said they will book a shorter duration of display. The design shown currently is subject to change… but the headline will remain consistent. Donors will be able to vote on design changes via an online poll.

Watch your language, folks – names containing profanity will not be printed on the bus.

SIGN THIS PETITION to Call For Legalisation Across the Nation!