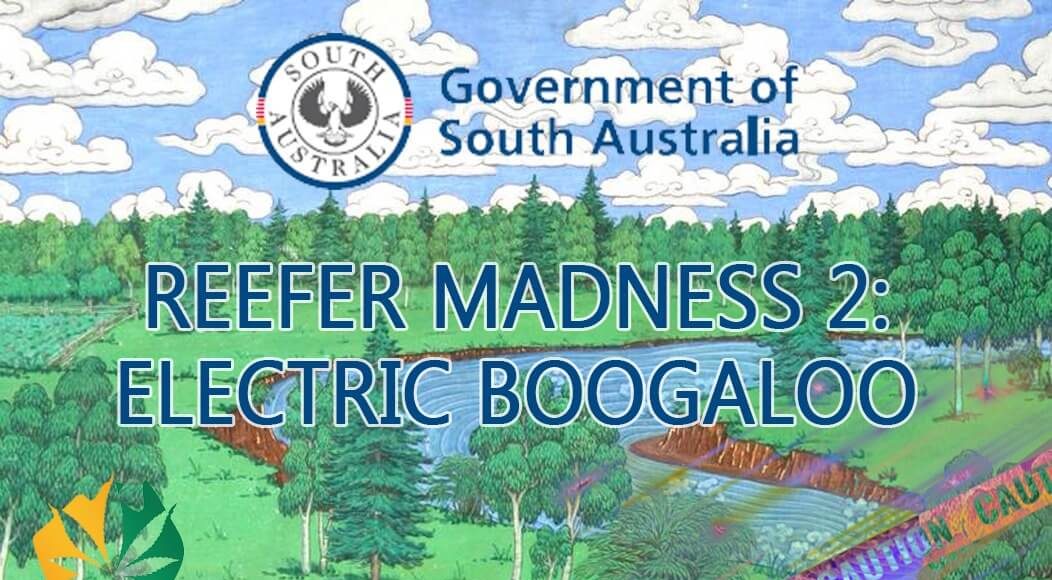 SA Policymakers Need to Chill Out, Smoke Some ‘Erb

A couple months ago, South Australia’s state government revealed plans to increase drug penalties across the board. This meant that in some cases, sentences relating to cannabis would quadruple; two years for possession and fifteen years (along with a $75 000 fine) for supplying the drug.

In parliament, both sides indicated their support for increased penalties for drug users in SA. Attorney General Vickie Chapman was particularly vocal in her defence of the legislation. Chapman echoed SA’s Deputy Coroner’s recommendations in claiming that drug abuse ought to be criminal. She also asserted that marijuana should exist in parity with other ‘equally dangerous’ controlled substances, such as ecstasy and heroin.

Despite all this, the proposal has received a lot of backlash from the Australian public, and the draconian measures have been placed aside – for now.

If you ask me, Vicky’s argument is nonsensical. On average, the totally legal drug alcohol causes 15 deaths and 430 hospitalisations per day in Australia alone.[1] Cannabis gets nowhere close to these figures, but is still perceived as a greater threat to public health. Thus, it is the ‘more illicit’ drug, and any empirical evidence to the contrary is irrelevant.

The South Australian Liberal government claims that too many people are taking advantage of drug diversion and treatment programs. Their proposal is that these programs be limited. Yet, this policy position contradicts the position of the majority of health experts. It also goes against the recommendations of the Law Society of South Australia.

In fact, a broad consensus exists in academia that decriminalisation and treatment for abuse produces more desirable outcomes than criminalisation. This is because doing so stigmatises and disenfranchises a whole fragment of the population from broader society. Furthermore, it’s easy to imagine law courts becoming quickly clogged up with non-violent drug offenders.

It’s true that throughout its history, South Australia has been something of a haven for the plant. Cannabis possession was decriminalised in SA in 1987; since then, it has thrived all across the state.

The common penalty for possessing less than 25 grams in South Australia is only a $125 fine. A mere slap on the wrist in comparison to other Australian states.

The latest attempt in a series of government-led efforts to target established drug users here is not only a transparent permutation of class warfare; it is also a desperate move to maintain the broader legitimacy of the ‘war on drugs’. We observe the same patterns everywhere. The war is being waged as a means to consolidate the myriad overlapping systems of power, oppression and control that constitute the status quo.

Australians actually have a much more progressive attitude towards cannabis than the laws on our books reflect – this was made clear after the 2016 NDHS Survey, which uncovered that a majority of Australians (73.9%) supported cannabis decriminalisation and stood behind its medicinal use.[2]

It’s unlikely that all of these measures will make the finalised version of the bill, as Labor members and the crossbench have signalled their strong opposition to jail sentences for cannabis charges.[3] With that being said, Labor has also indicated that they support the other provisions of the bill. Mark Parnell, the leader of the South Australian Greens, is one of the few members outright opposing the bill.

It’s clear we cannot rely upon our leaders on this issue. Instead, we must fight against these punitive measures as a community. The time has come for cannabis enthusiasts to stand up for their rights and make their voice heard all across the world.

If you’re from South Australia, we encourage you to get politically active, or contact your local MP and let them know how you feel about these proposed laws.[4]

Legalisation and the Race to Riches