If you’ve been paying close attention to online cannabis spaces, you’ve definitely heard of cannabis concentrates. Their presence in overseas markets and regions – notably across the United States – have made a drastic and undeniable impact on the cannabis culture.

For those who aren’t in the know, concentrates are a processed form of cannabis. As a concentrated (hah, who would have thought) product of the plant, concentrates extract the most desirable terpenes and cannabinoids, while removing excess plant matter and other impurities.

For those who aren’t in the know, concentrates are a processed form of cannabis. As a product of the plant, concentrates extract the most desirable compounds (i.e. specific terpenes and cannabinoids) while removing excess plant matter and other impurities. Ounce for ounce, concentrates have a greater proportion of cannabinoids and terpenes when compared to natural cannabis flowers.

Think about your last disappointing pickup. Was it PGR, or some low quality hydro, or maybe some overpriced bush weed? Even the best buds contain plant material that can harm your respiratory system – particularly when smoked. New concentrates and other flowerless alternatives have entered the scene to fix this issue.

Making a concentrate can be as simple as collecting kief. You can dissolve your THC-bearing trichomes into a solvent – which is a more complex and refined process that will give you a wide range of results.

For specific info on producing your own cannabis creations, check out our GROWING and EDUCATION tabs!

With this article, we hope we can introduce the concept of cannabis concentrates to a whole new audience in Australia. Keep reading, and you’ll find a rundown on some of the most popular concentrates across the world today.

If you ever stumble across a Californian, you’ll now at least be capable of pretending to know what they’re saying!

Those who have stuck with flower ever since they began consuming cannabis may find concentrates a little bit intimidating. The solvent-free concentrates are always a great place to start.

Collecting Kief is as easy as buying a three chamber grinder – and it doesn’t take much more to turn it into hash. The cannabinoid and trichome heavy-resin that remains after having been heated and compressed is generally known as Hashish.

You can sprinkle kief or hashish into your joints! Or you can smoke it straight. You can even add it to your edibles. What’s not to love?

If the dense brown-ness of homemade hash puts you off, you can always turn to its sticky younger cousin: rosin.

This substance draws oils from the entire cannabis flower – not just the trichomes. Rosin possesses a signature honey or wax-like consistency.

Making your own is a breeze! Just insulate your buds with baking paper, and then press your buds between the pads of a hair straightener on low for a few minutes. Discard the excess plant material, and collect the gooey yellow goodness. Rosin shares many of the properties of the harder-to-produce solvent concentrates listed below, and is suitable for use with a variety of dab rigs.

Rosin is not to be confused with what is often referred to as ‘resin’, but is generally better referred to as ‘rez’ or ‘reclaim‘. In the Aussie stoner vocabulary, the words are synonymous with the black tar and ash found in bong stems and old cone-pieces. Elsewhere, resin generally refers to hash. Some desperate souls smoke this stuff from time to time… but we always advise against it. You might not be paying cash for your high; but your lungs will be racking up a tar-laden debt. Be careful!

For those with an urge to flex those high-school chemistry muscles, there are a massive range of solvent-based concentrates to be found across the globe today.

Regardless of the solvent used, each of these are most often consumed with a dab rig of some description.

Butane Hash Oil, or BHO, is the foundation for the majority of concentrates. As an extremely flammable gas at room temperature, Butane can be dangerous; the stuff is also used as a lighter fuel. It’s generally unwise to attempt BHO without sophisticated knowledge, prior experience with extractions, and the right equipment.

BHO forms the basis for a number of very popular concentrates. With that said, many of these same concentrates can be produced using non-butane solvents, with similar results. Alternatives include ethanol and CO2 extractions… among others.

In order of the sappiest to the firmest, common forms include: 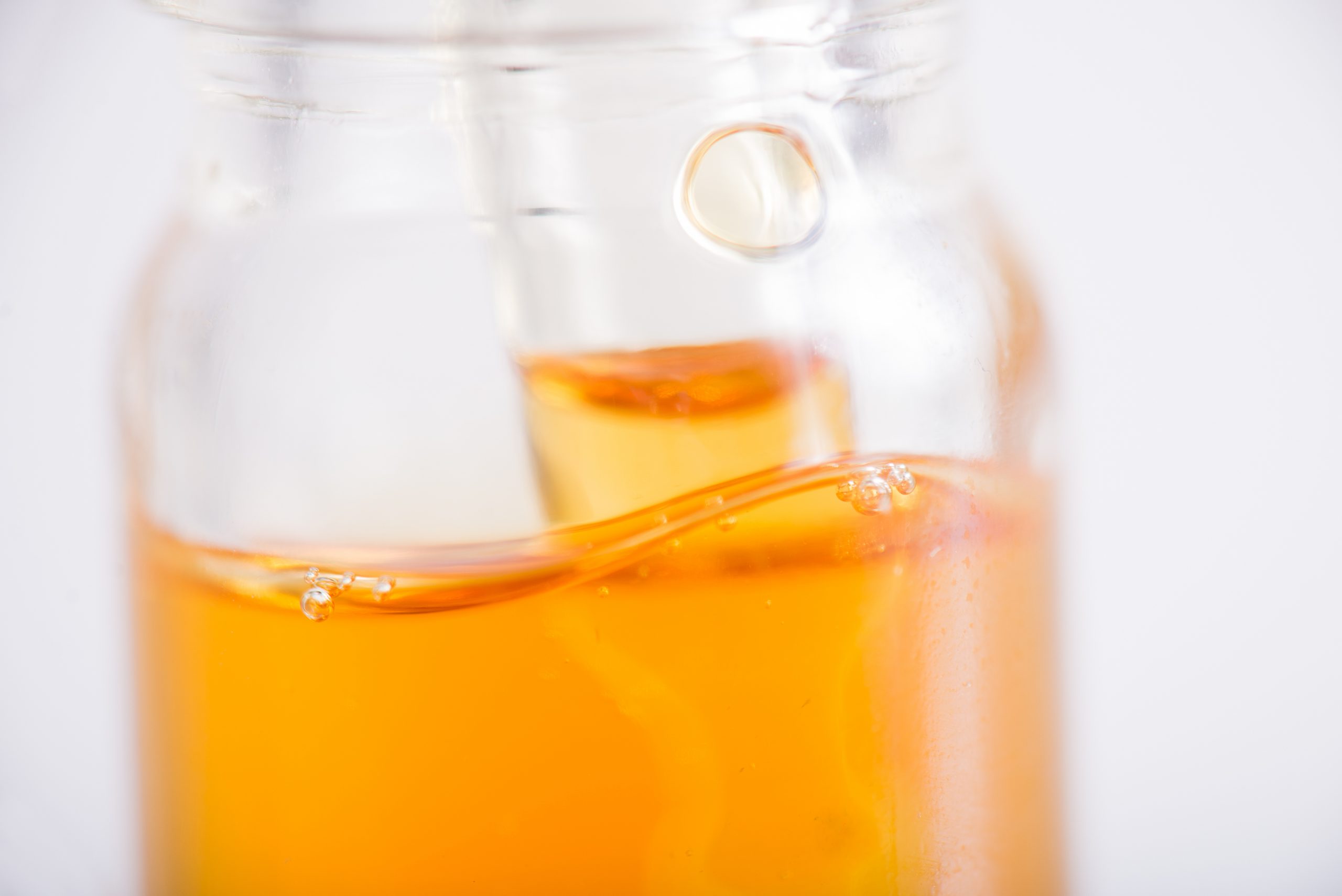 Cannabis oils aren’t all exclusively formed using a butane solvent… but many of the commercial-grade ones are. Thicker oils may also referred to as sap.

So-called for its dairy resemblance, budder is often made by whipping the BHO mix during production. Coincidentally, it can also be used in edibles! 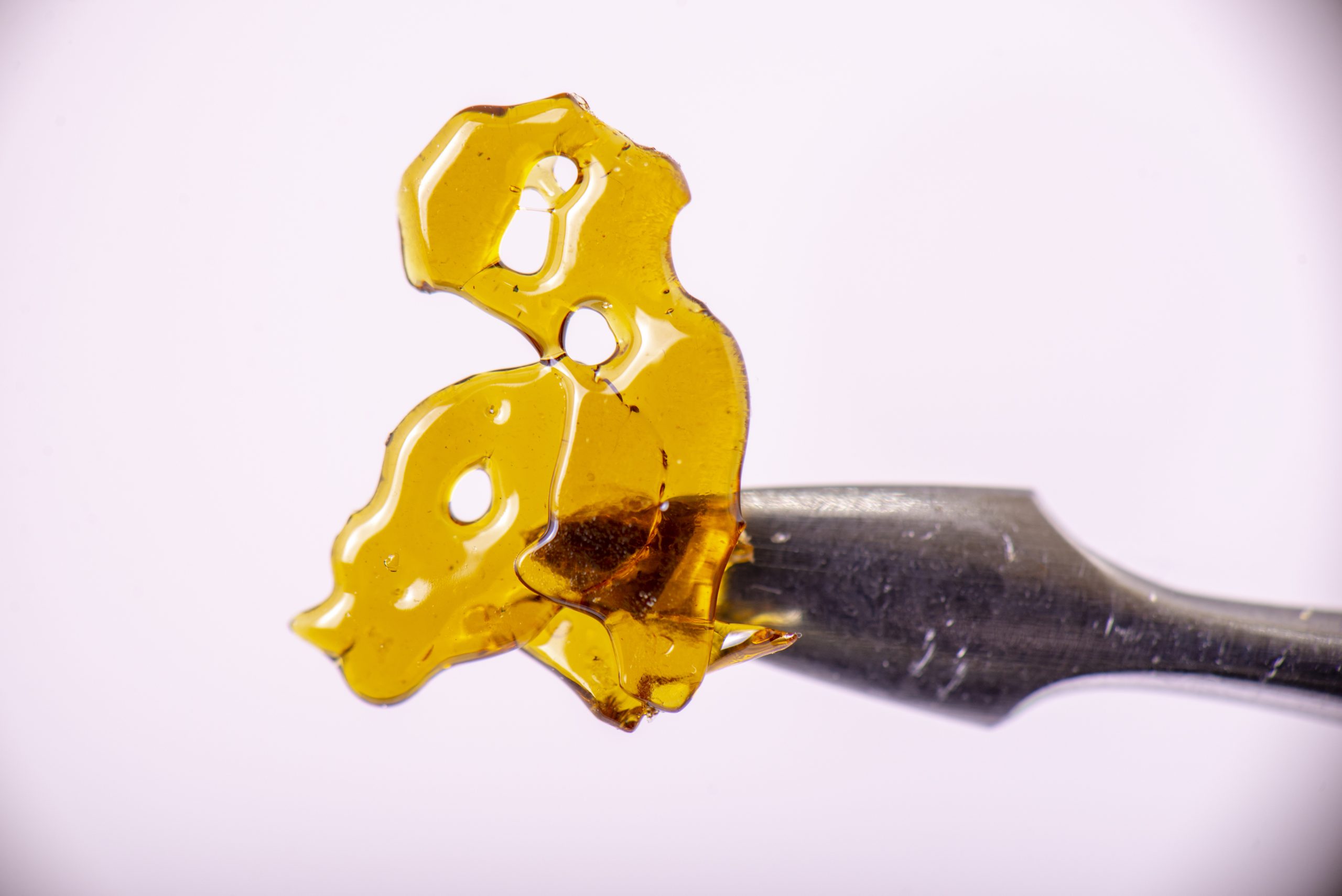 Oil’s much thicker, firmer cousin. Many dab users turn to wax as a happy intermediary between the wetness or dryness of other solvent-based concentrates. Wax is something of a goldilocks zone.

So-called live resin is drawn from whole, snap-frozen buds and flower. This process is unique, in that it preserves many of the terpenes (natural oils packed with scent and flavour) which are typically lost with drying. This produces a characteristically flavourful substance, with the consistency of half-melted sugar.

These are solid concentrates. Honeycomb is rigid and highly porous, crumble crumbles, and shatter, shatters. 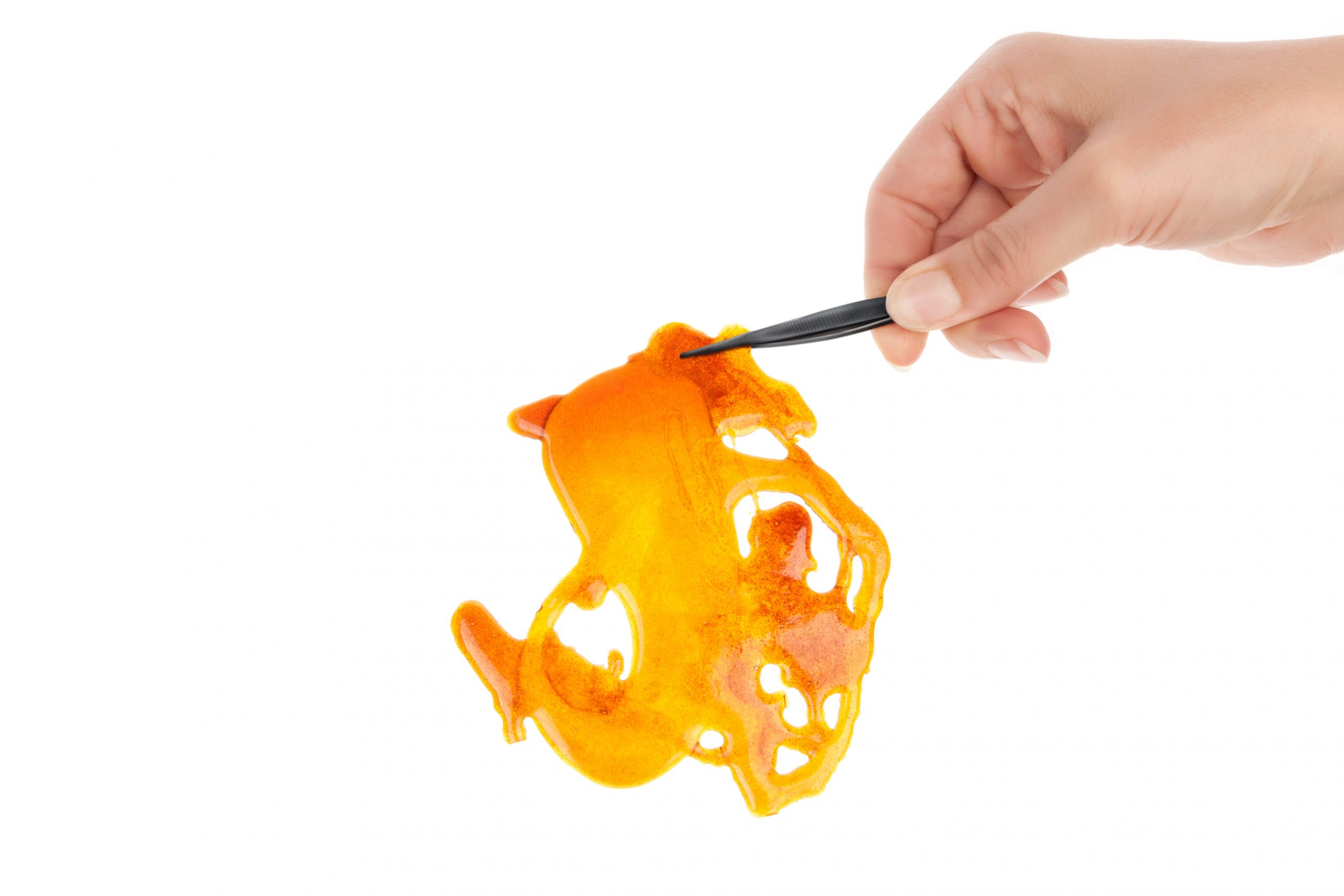 Consuming your concentrate of choice isn’t always as straightforward as ripping it through a bottle bong – but it can get close.

Dab rigs use heat — typically via nails, quartz inserts, or electric coils — to vaporise concentrates. They’re designed to do this without overheating the cannabinoids and effectively wasting them. Vaporisers and electric dab pens allow for similar levels of fine temperature control, which preserves precious terpenes and maximises flavour.

When subtlety is a priority, you might consider the option of tinctures. These oil/alcohol-based cannabis extracts are consumed one drop at a time – which allows for precise dosage control. Tinctures are more likely to be seen in a bathroom cabinet than a hostel in Amsterdam. 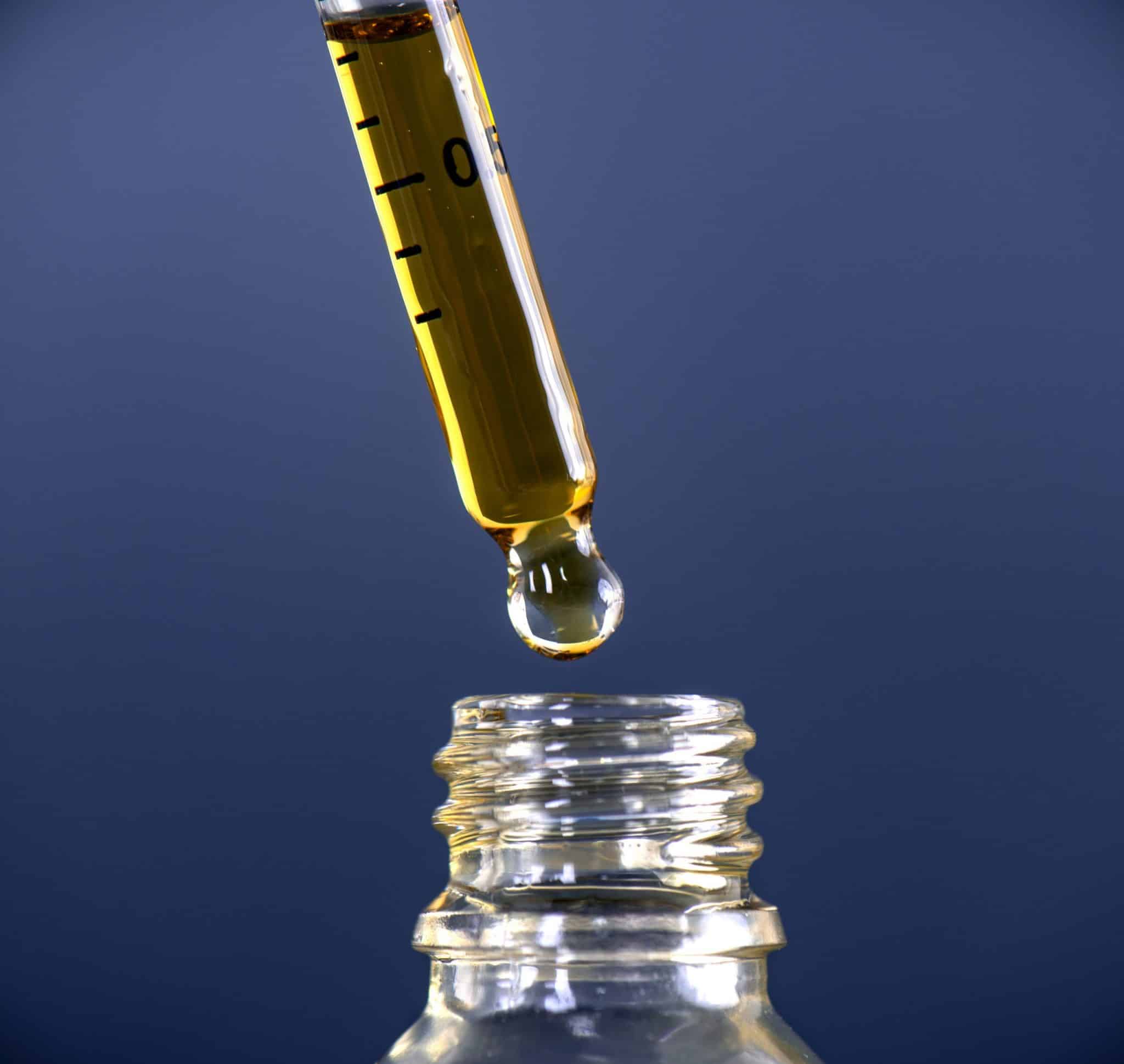 It’s been said that downing singular drops of flavourless liquid takes all the fun out of cannabis. This is true, in a way – but these droppers will surely play an invaluable role in expanding THC and CBD’s footprint in the medical space.

After all… it’s difficult to present cannabis as a medicinal treatment if the primary means of consumption involves copious quantities of smoke inhalation, or garish glass implements. FAB expects the role of tinctures to expand in the coming years.

The crew at Friendly Aussie Buds are /concentrating/ on this space, very closely! The innovations occurring within the field/s of oils, dabs, tinctures, wax and shatter over the past couple of decades has excited us for some time. The future is looking waxy and bright!

You may even be able to find some from your local plug! The accumulated skills, knowledge and expertise are beginning to slowly filter through overseas borders – and producers are popping up everywhere. If you get your hands on some concentrates, be sure to take care, be safe, and take small doses, at first! If you’re used to flower, you might be taken a little off guard by its potency.

TL;DR: have fun, and don’t be cocky with the psychoactive stuff if you’re a beginner… unless you wanna get surefire wrecked!