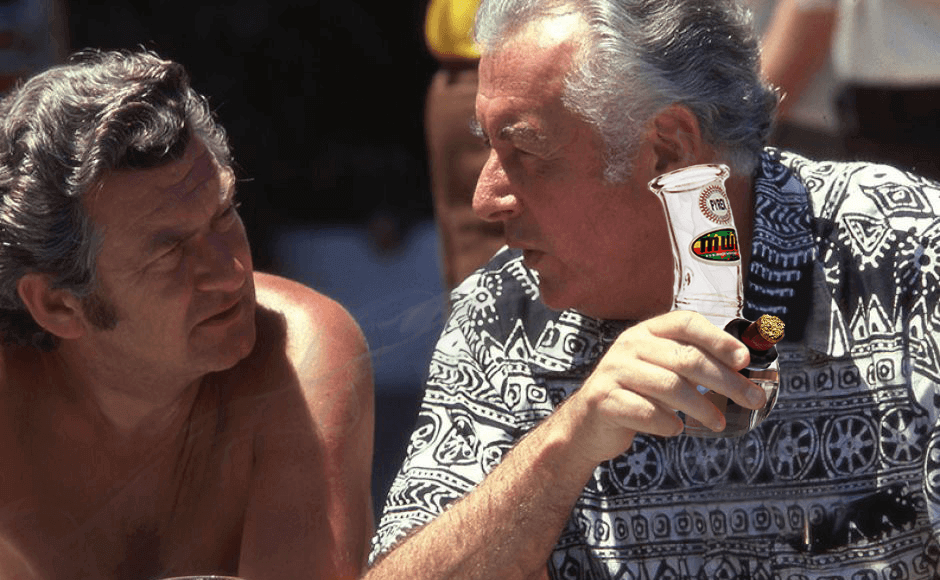 When I discovered last week that the first hemp seeds arrived in Australia with the First Fleet in 1788,[1] I was pleasantly surprised that such an act formed a small fragment of our young nation’s history. It turns out that hemp was initially exported to the Australian colonies to be produced and sold commercially,[2] in great part thanks to its sturdiness as a fibre and reliability as a raw material. Commercial hemp production was actually integral to the first blueprints of the New South Wales colony. Once the settlers arrived, it wasn’t long before the local population found other uses for the plant.[1] 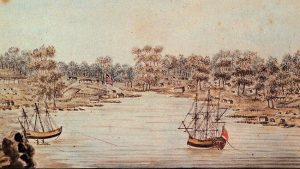 For over 150 years, various governing bodies in Australia encouraged the propagation of hemp with subsidies and land grants. In this time, the consumption of cannabis for recreational and medicinal use became prevalent in both European and Indigenous communities.[1] The Australian Government saw little need to intervene. This changed in 1925, with the ratification of the Geneva Convention on Opium and Other Drugs.[1] As a signatory, Australia was obliged by international agreement to restrict the use of cannabis to medicinal and scientific purposes. Ultimately, signatories lumped the drug in with much harder substances, such as morphine and cocaine.

Initially, the prohibition model was largely imposed on Australia, with pressure exerted by the United Kingdom and other international actors.[3] Thus, the law had little relevance to the Australian context of cannabis use. By the late 1920’s, state governments were, one by one, prohibiting the distribution, possession and consumption of cannabis.[1][3] In a few short years, the golden age of Australian hemp had ended, with the vilification of ‘marijuana’ in the public consciousness only just beginning.

In the following decades, state and federal governments enacted new drug control measures, and introduced increasing penalties for their possession and sale. By 1938, cannabis was completely outlawed in Australia, mostly due to the propagation of scare campaigns that referred to marijuana as “an evil sex drug”.[2] Despite these shock tactics, usage continued to steadily increase.

The arrival of the 1960’s saw Australian citizens embroiled in the costly and unpopular Vietnam War. In response, illicit drugs such as LSD, heroin – and yes, cannabis – experienced a dramatic uptick in proliferation and usage.[3] From the cracks of puritanical traditionalism, a radical countercultural movement emerged that embraced free love and engaged liberally in the use of mind altering substances. This countercultural tide frightened many conservative governments, leading them to indiscriminately crack down on all illicit substances.[3] It was becoming clear to ruling elites that they could use prohibition and criminal justice measures against their own population to maintain social order.

Joh Bjelke-Petersen, Queensland’s very own beloved dictator, was perhaps the toughest of the prohibitionists ever to grace Australian politics. He instituted a Nixon-style War on Drugs in his tenure, with the explicit purpose of suppressing the youthful counterculture that was developing in Queensland at the time.[2] He especially sourced his kicks from conducting raids on communes out in the bush and seizing all their precious pot. Serves those dirty hippies right, I’ll bet. 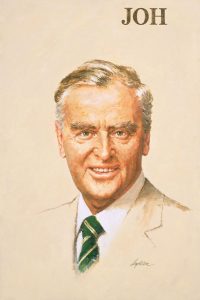 Down in New South Wales, a generation of hippies, surfers and stoners flocked to the Hunter Valley Region in search of its particularly potent sativa plants. The authorities in New South Wales responded on their own terms by eradicating the hundreds of acres of wild hemp that once grew in the valley.[2] Talk about a buzzkill.

Cannabis continued to gain popularity and cultural acknowledgement, its image cast in both positive and negative lights. It wasn’t until the late 1960’s that organised drug trafficking really began to rear its ugly head; the arrival of US servicemen from the Vietnam War only assisted the expansion of illegal black markets[3]. Australia marched into the 1970’s with high levels of youth unemployment, which saw drug use climb even higher. It was in this decade that cannabis became a cultural mainstay in Australia for the first time.

The societal contradictions emerging from prohibition again presented thesmelves at the first Aquarius Festival in 1973, where droves of hippies coalesced in the small town of Nimbin in Northern New South Wales.[1] Police attempted to arrest those who were openly smoking weed at the festival, and all hell broke loose as 6000 people rioted.[1] Since then, Nimbin has evolved into the weed capital of Australia; there, you can find the Hemp Embassy, and other such mystical wonders. The annual Mardi-Grass festival kicked off in 1993; today, drug tourism practically keeps the economy of the community afloat.

As the end of the twentieth century neared, the Australian government’s approach towards cannabis slowly shifted,[3] and soft murmurs to decriminalise grew louder. A 1998 household study demonstrated that 39% of Australians had smoked weed at least once in their lives, with 18% reporting use in the past year.[4] It was now evident to many that the social harms of prohibition far outweighed those of cannabis itself. Non-profit organisations and advocacy groups promoted harm reduction, encouraging the treatment of addiction as a medical condition. Similar methods continue to this day.

So, where does that leave us? Well, we are finally using hemp as a raw material again, which is pretty cool. Australia legalised medicinal marijuana federally in 2016.[1] Additionally, there are growing talks of legalising recreational cannabis, with the Greens putting forward proposals. Fundamentally, however, the drug is still illegal on a state and federal level. Authorities still crack down heavily on suppliers, with offenders facing years of jailtime.

As for what the future holds for cannabis in Australia, only time will tell.

…But come on, legalisation is coming sooner or later. Just a matter of time, folks. What a glorious day.

[1] Greendorphin: A Brief History of Cannabis in Australia: April 2016 –
https://greendorphin.com/brief-history-cannabis-australia/

Good to see someone have a go at a weed website here. There’s so many of them in the US. Here’s an OK backgrounder from Britain
http://www.idmu.co.uk/historical.htm

Where is your information source regarding the Nimbin riot? I live here and have never heard about a riot.

Aquarius Festival it happened at. We have an article about it on Friday. 🙂