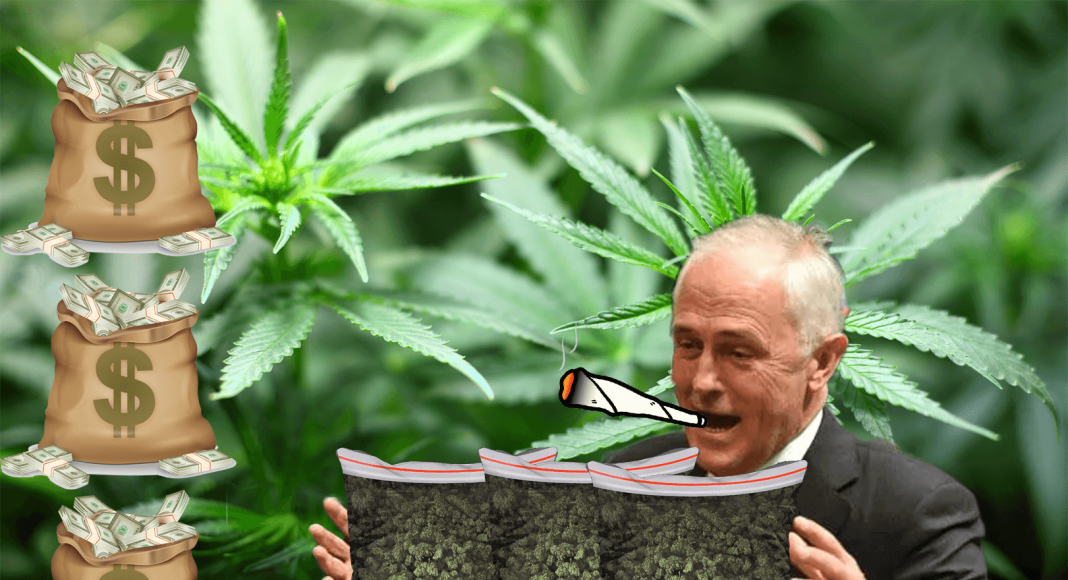 If legalised today, the Australian economy would experience immense benefits from recreational cannabis, with surges in tax revenue and economic activity expected to follow any legalisation. The Parliamentary Budget Office reported that up to AUD$3.6 Billion could be raised by cannabis tax revenue over the next four years.[1][8]

Ahead of the Curve 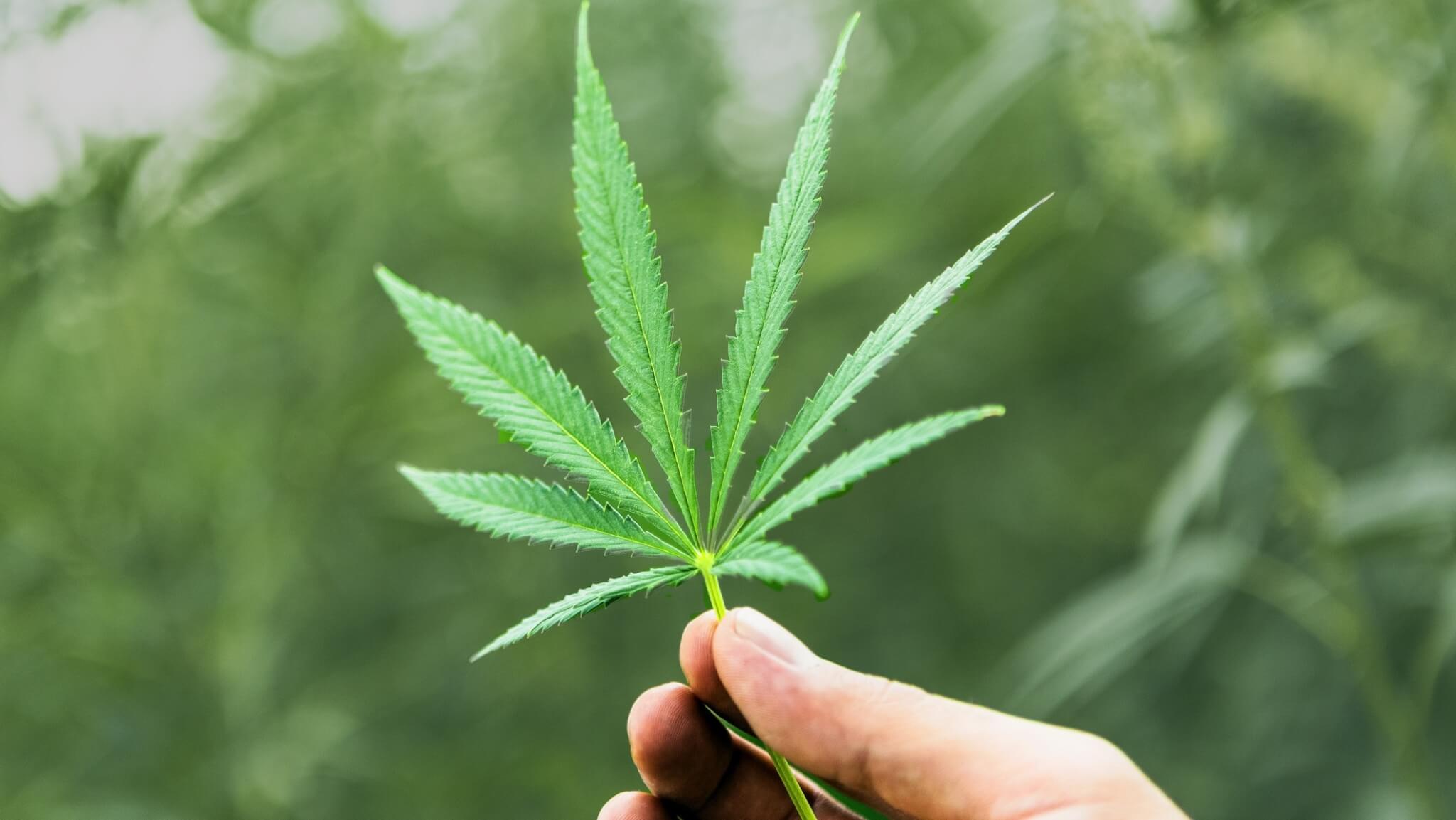 Cannabis has been in the news recently. Sparked by a high-profile proposal from the Greens to legalise, tax and regulate, Australians are now engaged in an honest conversation concerning marijuana and its place in our contemporary society. As powerful movements and lobbying groups have sought to legalise cannabis all over the world, public opinion in Australia has shifted away from prohibition.[9] In the eyes of the general public (and our conservative-capitalist leadership), perhaps the most convincing argument for legalising recreational marijuana is its potential to advance the economic interests of Australia and its people.

Medicinal cannabis began its first trials in Australia last year, with the industry already worth AUD$100 million. Right now, recreational cannabis is still maturing into a legal industry; thus, the first nations to legalise will be the first to establish themselves in these new economic pastures. If Australia were to legalise recreational weed ahead of the curve, we could gain a significant headstart in the industry over other regions.[8][9]

Shot in the Arm

For instance, the state of Colorado was the first to legalise, tax and regulate recreational cannabis in 2014. Since then, Colorado has experienced heightened economic activity, using the tax revenue generated to invest back into the community by rebuilding old school buildings and repairing unkempt roads.[5]

Indeed, Australia’s economy could do with such a boost. After haphazardly riding the momentum of the ‘mining boom’ through the harsh conditions of the GFC, recently our economic machine has been sputtering to a slow crawl.[4] In 2018, it is now evident that Australia is wholly unprepared for uncertain economic prospects.

After squandering key opportunities to invest in the future, advance the well-being of the citizenry and gain a competitive advantage via technological innovation, an overreliance on a few key industries and trading partners has potentially damned future generations of Australians to lives of instability and tumult.

Despite the last 18 months or so indicating an upward trend in job creation, Australia’s unemployment rate officially remains at 5.6%.[2] What’s worse, unofficial Roy Morgan polling reports that when unemployment and underemployment statistics are together taken into account, 19.3% of the Australian working population are without adequate work.[3] This gigantic disparity in secure and available employment has led to a devaluation of the labour supply, causing real wages to stagnate and poverty to broadly increase.[4]

Why is this happening? Why is Australia engaged in this gradual race to the bottom, where working people operate under ever more laborious and precarious conditions? Such a question brushes upon complexities that can only be partially uncovered, let alone in this article. It is safe to say that our island nation is largely dictated by the transnational systems of trade, capital accumulation, and intergovernmental co-operation to which we are so tightly wed.

As avid consumers in a land of abundant natural resources, we fill a niche within the global economy right now. However, international competition is catching up to our relatively homogenous, expensive and inflexible industries as time moves on. That formula of economic success we rode in on is gradually becoming untenable as the tide pulls itself back in. It is in this context that Australians see a pressing need to diversify and make the most of our economic advantages while they still exist.

Admittedly, all of our structural economic difficulties will not disappear overnight by legalising weed. Cannabis legalisation could, however, deliver a much-needed boost to the Australian economy over the long run. Our economy is heavily reliant upon service industries and consumer goods. Legal cannabis would be a huge boon for jobs in these fields, providing entire new careers; it is projected that over 50 000 people will be employed by the cannabis industry over the next 10 years.[10] If this figure is accurate, the flow-on effects would meaningfully alter the trajectory of the Australian economy into the future.

The parliamentary reserves tax not only the producers and employers, but consumers as well. In particular, the Australian government relies upon indirect sales taxes and consumer excises to generate a large proportion of its current tax revenue. Even with the aggressive phasing out of tariffs, the tobacco excise (coupled with GST) constituted 2.61% of all government revenue in the 2017-18 financial year.[6] Embracing cannabis regulation and taxation would inevitably expand the scope of legal economic activity, thus strengthening tax revenue and maintaining the health of our economy.[1] Researchers from the University of Western Australia found that if we were to tax cannabis at the same rate as tobacco, total excise revenue (incl. cannabis, tobacco and alcohol together) would increase by 26%.[7]

Of course, it is important to recognise that these numbers are variable; they depend on what policies and tax schemes we employ in a certain context. That said, the most recent proposal by the Greens estimates an AUD$3.6 billion dollar increase to the government’s fiscal balance[1] over a four year period, with a 25% pre-GST excise. This is without mentioning the time and resources saved by law enforcement agencies on non-violent cannabis offences. It does assume, however, that such a legal market will be competitive enough to overcome the already thriving black market, so that a new tax base will establish itself.

The conversation about the social effects of cannabis can occasionally lead into hazy territory (‘reefer madness’, anyone?). However, the purely economic argument for recreational legalisation is quite clear. Few could deny the cold, hard numbers and figures. Excluding pharmaceutical companies, cannabis legalisation receives broad encouragement from investors and regular working people alike. For what the economic argument lacks in depth, it makes up in simple market efficiency.

[4] Guardian: Whatever Happened to Wage Rises in Australia?, Mar 2018 –
https://www.theguardian.com/australia-news/2018/mar/01/whatever-happened-to-wage-rises-in-australia

[9] The Conversation: Legal Highs: For and Against, April 2018 –
https://theconversation.com/legal-highs-arguments-for-and-against-legalising-cannabis-in-australia-95069

I would like to contribute to a lobby group to legalise marijuana. I am a 62 yr old grandmother and secondary school Science teacher. I grew a small ammount for my 40 yr old son to prevent him purchasing it from a dealer who also dealt in ice. This person deliberately gave him ice and would try to talk him into taking it until he became addicted and finished up in an extremely psychotic state. He has suffered from mental illness for 20 yrs and has been trying to stay away from ice. I have now been busted and can… Read more »

That’s horrible to hear. We will be launching a lobbying campaign really soon, stay tuned perhaps that will help tell your story to those who need to hear it!

NSW Government to Search Without Warrants in Latest Drug Crackdown