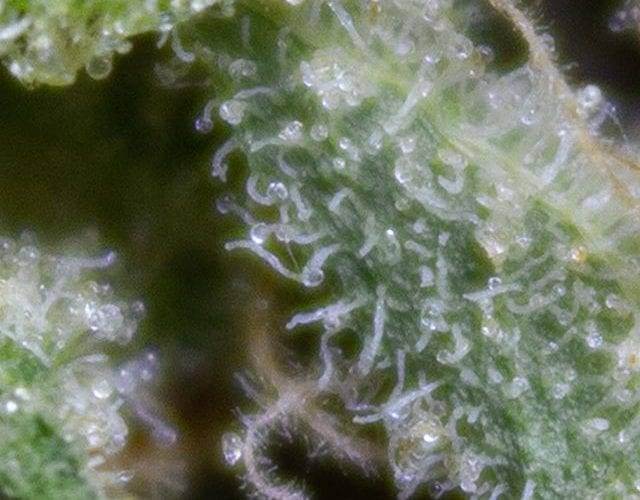 The ‘Australian Cannabis Summit‘ was held in Brisbane this year between the 5th and the 6th of July. A wide diversity of speakers from various walks of life were present… and luckily, the videos still remain online for all to enjoy, so don’t worry too much if you missed out.

A lot of these videos are top notch, and we recommend you check them out for yourself in your spare time. We at Friendly Aussie Buds loved the ACS so much, we’ve taken the liberty of searching through their videos for the juiciest, most interesting information available.

This article will be devoted to Dr. Ethan Russo’s understanding of the ‘Entourage Effect’ as it pertains to cannabis. Russo is an MD, a Neurologist, a Pharmacological Researcher and a legend of the medicinal cannabis scene.

The concept of the ‘Entourage Effect’ was originally applied in 1998. This was first done in relation to endogenous cannabinoids, which are exclusively produced from within the body. 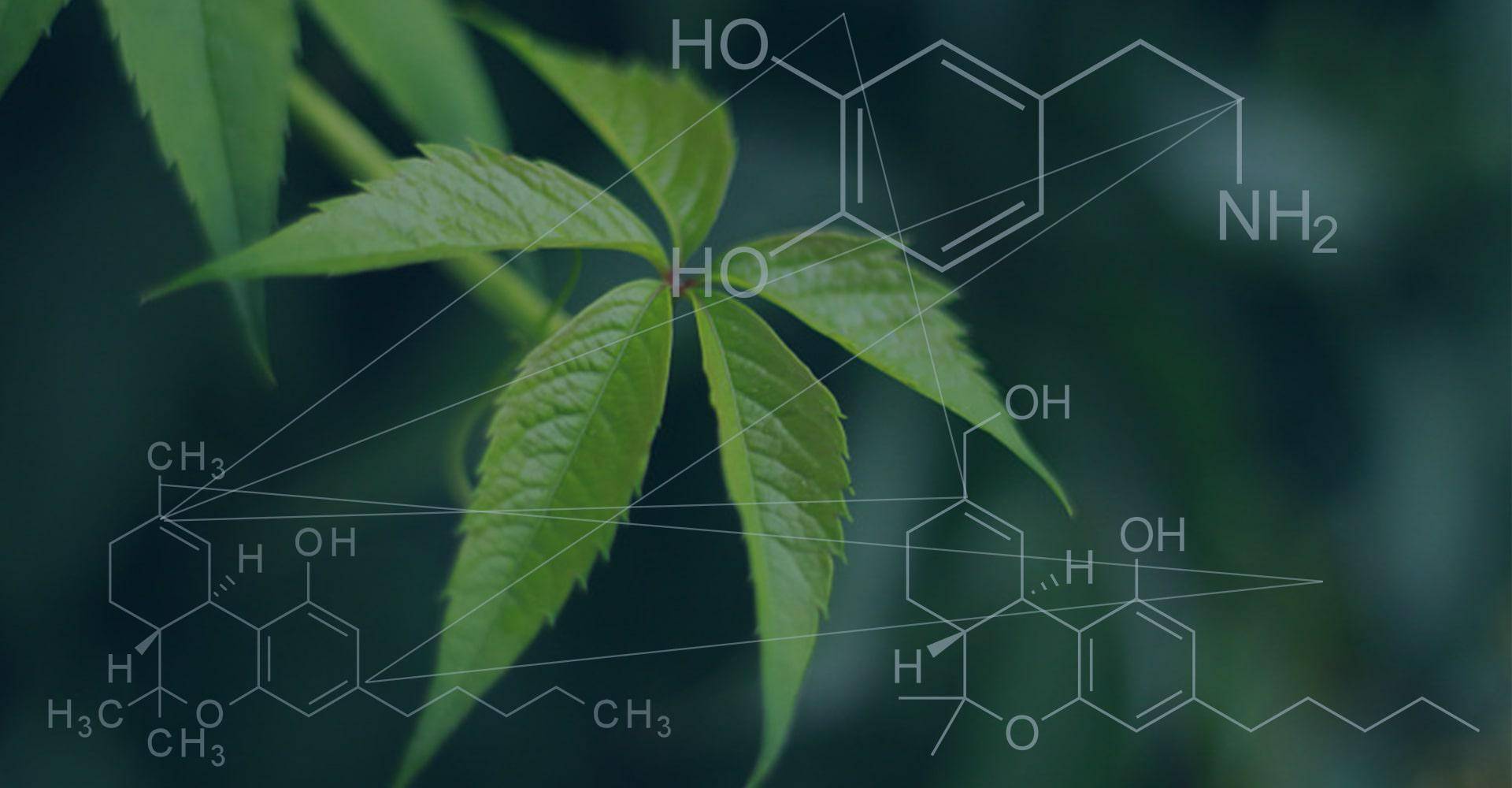 The two primary endocannabinoids in this case possessed a certain level of activity, but were also accompanied by a host of other, related chemical compounds. These ‘other’ cannabinoids, which were seemingly inactive on their own, would activate in particular combinations. Furthermore, when these ‘inactive’ compounds were present, there was a marked boosting in anti-inflammatory effects.

This is what’s known as the ‘Entourage Effect’. A subsequent publication in the next year finally made the empirical connection to botanical varieties of cannabis. This study brought validity to the notion that the whole plant is of greater efficacy to patients than isolated cannabinoids. This is due to the highly complex interactions which allow the endocannabinoid system to function.

The endocannabinoid system is a homeostatic system that modulates the functioning of the entire body. In consideration of this, isolated components of the cannabis plant are hardly as effective in stimulating the endocannabinoid system, in comparison to the right combination of diverse cannabinoids. The plant itself is a more ‘well-rounded’ medicine, and better tolerated by the human body than an artificial chemical cocktail.

20 years ago, research on the ‘Entourage Effect’ was very much experimental. Today, however, we know that a wide diversity of cannabinoids definitely contributes to the safety, reliability and clinical efficacy of cannabis-based medicines.

There is even evidence out there to suggest that THC on its own produces dysphoric effects, a distracted headspace, and a broader sense of difficulty in functioning. 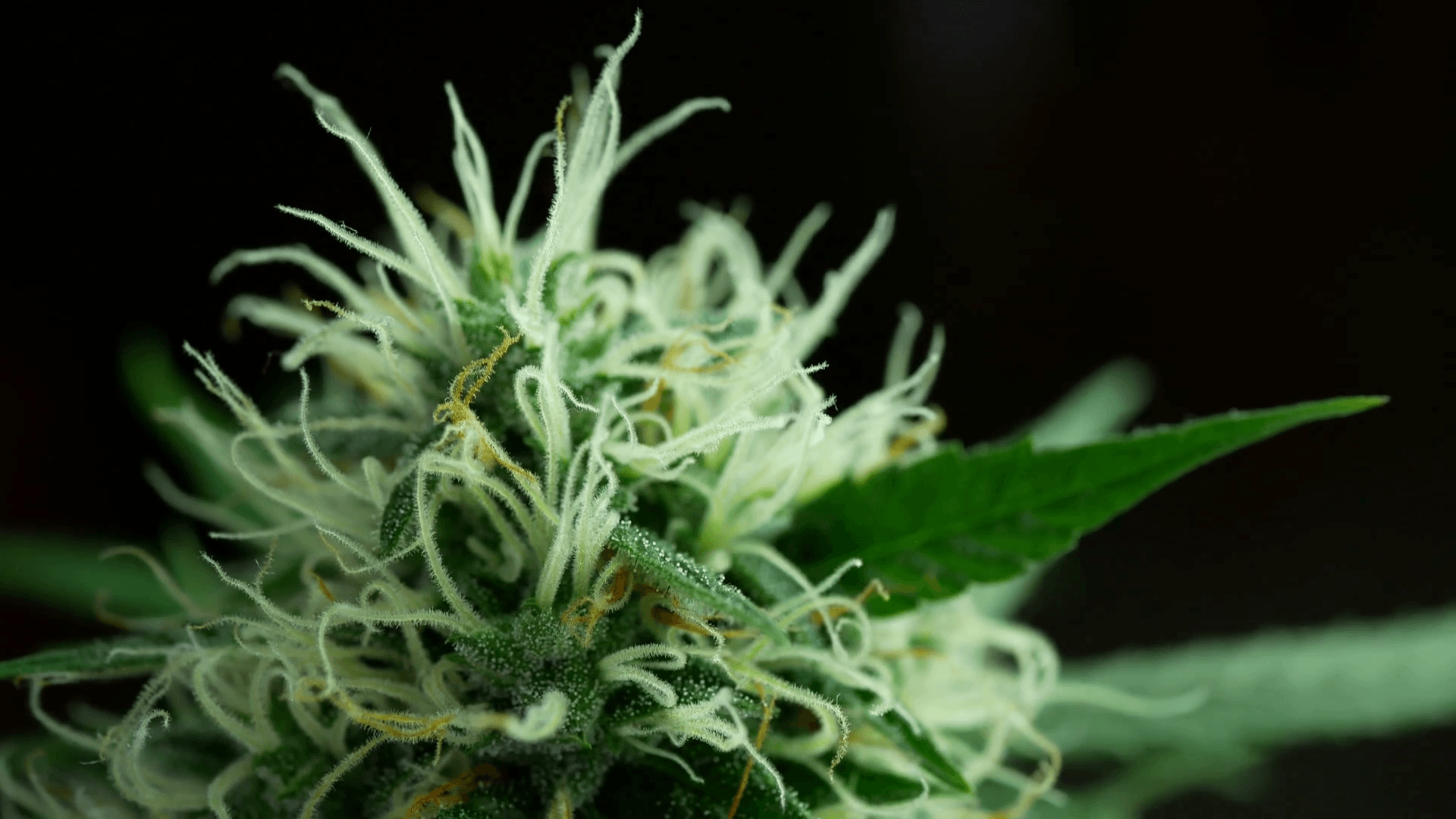 Technically, the distribution of medicinal cannabis to legitimate patients is legal in Australia. Yet, there are still only a few signs that the global War on Drugs is really coming to an end here. The common acceptance of cannabis as a healing plant is still uncommon within the broader Australian cultural landscape, for a variety of reasons. Its grey state of legality affects the perceived efficacy of the plant. Due to the legality of producing cannabis in Australia, only a limited selection of strains and treatments have become available, with a lack of specificity and replicability surrounding the exact qualities of the treatment.

A common excuse for this legal limbo is that there is a supposed ‘lack of research’ into the drug’s long term effects, despite there already being a wealth of peer-reviewed information emerging from many other parts of the world. Finally, there seems to be a real deficiency when it comes to educating medical professionals about cannabis and the endocannabinoid system. All of these challenges have paralysed the movement for cannabis legalisation in Australia, thus suppressing the importance (and practical applicability) of ‘the whole plant’ in our society.

Still, there are very inviting developments occurring as we speak, and a rich legacy of human knowledge available to us in the here and now. Empirical experiments conducted in the Netherlands using various cannabinoids and terpenoids have recently been informing further research and study in this area. For time immemorial, indigenous cultures have known about the analgesic and anti-inflammatory properties of the herbal medicine. It’s only now that we are beginning to gain a modern scientific account as to how and why.

We now know that different terpenes and preparations can impact medicinal treatments in different ways. For instance, there are significant differences between raw and decarboxylated THC/CBD which are worth consideration.

THC/A and CBD/A are produced by exposure to heat/light, which makes THC/CBD lose an oxygen group. It is this process of decarboxylation which is undergone in both cooking and combustion that activates the psychoactive effects of THC.

Additionally, there are varieties of terpenoids out there that actively reduce the impairment from THC/CBD. This could be very useful in many cases, like in cases where using heavy machinery is a part of the work day.

Evidence indicates that THC and CBD demonstrate a kind of compatibility together. The compounds synergise with one another, making them more useful in functioning as an anti-inflammatory. Moreover, it has been found that the side-effects of THC (which can include a toxic kind of psychosis) are counteracted by the presence of CBD (which combats psychosis), and vice versa.

The stimulation of the CB2 Receptor with Caryophyllene contributes to the tissue-fibrosis relief associated with cannabis. 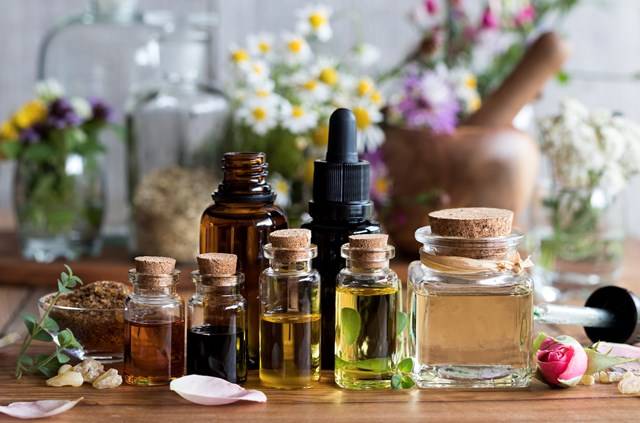 Some essential oils contain all different kinds of terpenes… so, given that we are without all of the custom blends and selective breeds found in legal markets, would it be possible to use these oils to add different terpenes to our cannabis, for the purposes of self-medication?

Safe to say that you technically could, but it’s not encouraged. Unless you know what you’re doing, and can happen to appreciate the potency and complexity of these terpenoids, it’s better to stay clear. For one, the compounds found in these essential oils aren’t always pure. They are often coming straight from chemical supply houses, and are thus not designed for human consumption. If you choose to go down this route, you will have little-to-no guarantee over exactly what it is you are consuming. You’re in the dark about its toxicity, or whether the terpenoids in question were accurately synthesised at all.

If you were to try this, however, we recommend picking up a Lavender essential oil in single mg amounts, added to tinctures and extracts. Be careful, as high concentrations of these compounds can be dangerous to the human body. 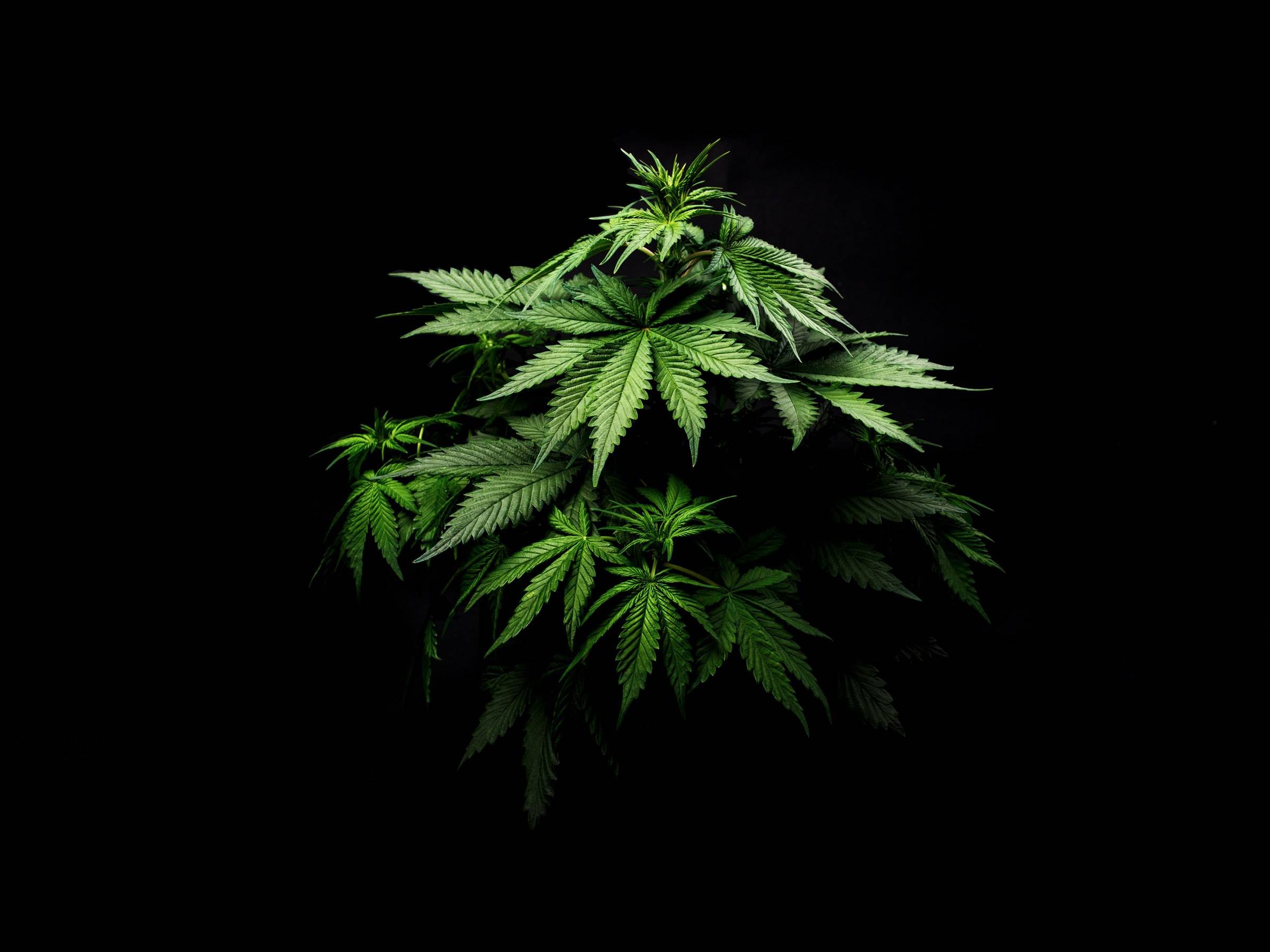 One of the implications of the ‘Entourage Effect’ is that isolated compounds do not function as effectively as with a natural diversity of many different cannabinoids and terpenoids. A THC and CBD containing medicine was statistically superior in treating cancer and MS pains than a THC preparation without CBD, even with both performing above placebo. Unfortunately, our institutional practices have not managed to keep up with the evidence on these matters. As of now, the Therapeutic Goods Association in Australia only labels the THC and CBD percentages, leaving all of the other subtleties of the medicine off the packaging. Even in sufficient doses, CBD isolates are known to show negative results within clinical trials. Pharmaceutical companies still pursue these isolates, though, given that they are much easier to understand. They will ignore the subtle synergies of botanical preparations until kingdom come, as ultimately, they are more difficult to commodify and control.

In the United States, for instance, a 98% pure CBD isolate was recently approved by the Food and Drug Administration (FDA). An average patient could be expected to take around 25mg of this extract per day, which is an extremely high dose. Meanwhile, observational studies of ‘whole cannabis extracts’, which contain an equivalent amount of CBD, required smaller doses and showed fewer side effects.

We often use the terms ‘Indica’, ‘Sativa’ and ‘Hybrid’ as a form of parlance to refer to our buds; particularly here in Australia, where the exact properties of the bud are usually unknown. Yet, what these labels fail to recognise is that basically all cannabis can interbreed – and it does. After many decades of such breeding and genetic modification, these terms are simply no longer useful or accurate as taxonomic labels, anymore – rather, they are approximations of subjective effects. What people call ‘Indica’ today does not resemble the Cannabis Indica that historically emerged from the Indus valley. In short, there was a historical period where the categories were based upon genetic lineages, but now the distinctions can be kind of nonsense. Most plants today are hybrids, including the *Sativa, Indica *****and Ruderalis genetics, in one form or another.

For a more predictive outcome, try and figure out the cannabinoid and terpenoid profile of the buds in question. That way, you’ll be able to tell if it’s truly more sedating (THC, Myrcene, CBN, Linolool), or elevating (Pinene, CBD). A common misconception out there is that CBD is ultimately sedating. Most common CBD profiles also contain Myrcene, which is where the real sedation comes from.

The following infographic lists the common terpenes – scroll down to find out more information. 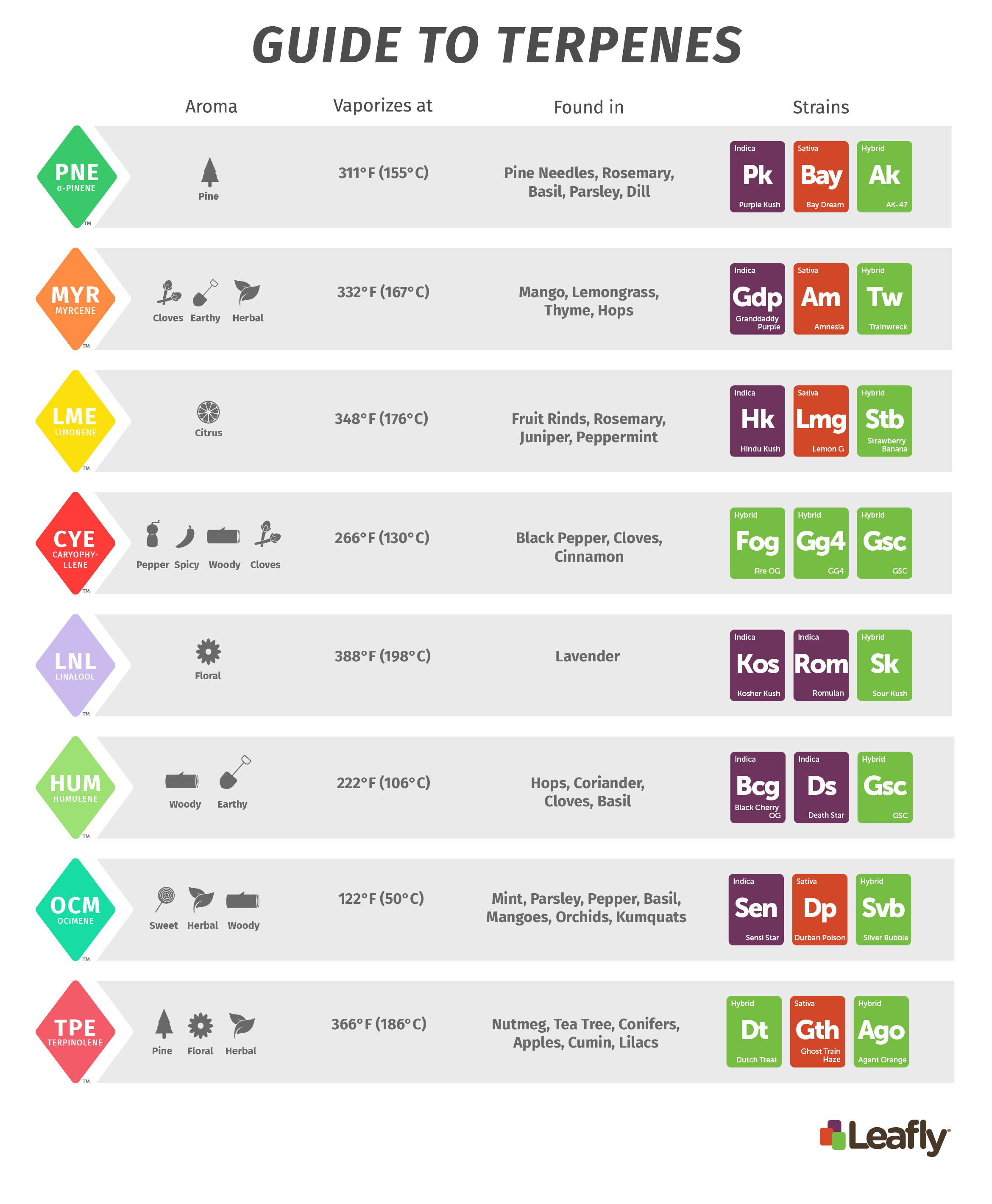 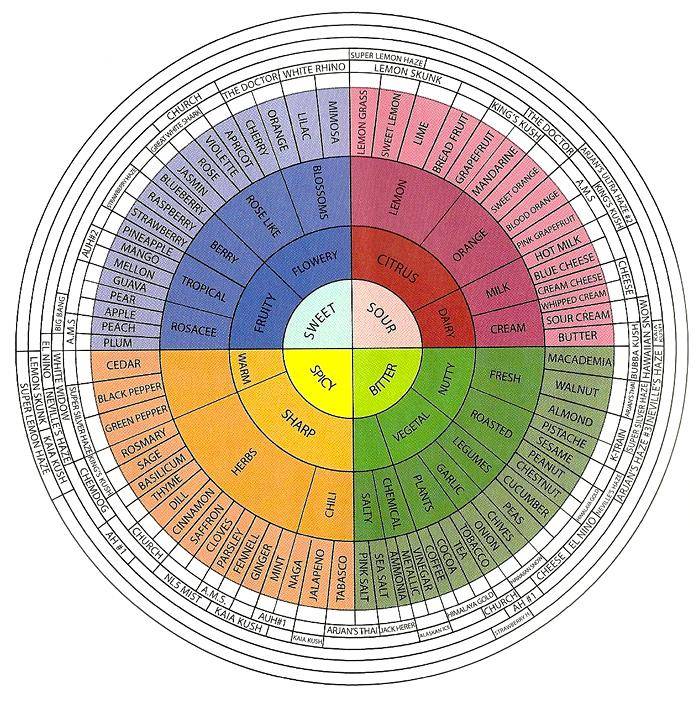