After a two week break, Mitch and Joe are back on the road with the Friendly Aussie Podcast! In this episode, we took the time to talk to Adam, an experienced bud smoker and a mainstay within the Australian cannabis community for around 40 years. Our conversation proved an excellent opportunity to shed light on a side of the Australian cannabis scene that Joe and I are less acquainted with – its deep history.

Adam was generous with his knowledge. He was more than keen to lend us some insight into his own personal legacy with the plant. Furthermore, his own opinions concerning psychosocial phenomena (such as the War on Drugs) were simply bang on.

We really enjoyed having Adam on the podcast. If you’re reading this, Adam, we hope to have you as a guest once again, soon!

We managed to cover a wide range of topics throughout the course of the podcast. We were quick to touch upon how difficult it really was to be a full-time smoker back in the day, going on to express how changes to the availability of heads and genetic strains in Australia over time has mostly eliminated the problem today.

Prior to the mid-1980’s, the general availability for cannabis was spotty at best – with a lack of hydroponic setups and custom-tailored breeding, the whole continent could run dry of buds for nearly six months over the off season. Furthermore, the seeds and strains that growers had access to were very limited, to say the least. Fibrous Old Mother Sativas dominated the cannabis scene, but they weren’t all that great of a smoke – they were just the seeds that happened to be passed around since the beginning of European colonisation.

Adam tells us that it wasn’t until later in the decade, when Skunk was imported en masse into the continent, that indoor growing and breeding really began to develop an identity of its own in Australia. With this, the dark market supply developed some variety and year-round consistency. Indicas made a huge impact at this time. Mullum Madness gained notoriety across Australia during this time, too – although Adam says the strain was mostly hype, from his experience.

Adam assures us that despite all the hoo-hah, “bud was just bud” in Australia, for the most part. Back then, you had ‘purple heads’, which were usually among the most distinguished, trichrome-covered specimens. You also had ‘Thai Sticks’ (if you were lucky/connected enough to source them), which Adam swears upon. Even to this day, he says there’s nothing in his life that has even come close to the Thai.

From here, we somehow moved onto the historical infestation of cannabis sativa in the Hunter Valley, which was discovered by young bohemians in the early 1960’s, and by police shortly after. We fantasise for a while about the prospect of picking fresh bud from the road… and then move swiftly onward to talking about the exponential growth trajectory of the cannabis scene in Australia. Seeing as we lacked Indica dominant strains thirty years ago, the utter transformation that has occurred since then can be described as nothing short of magic.

Additionally, we talk in detail about the impact of THC/CBD isolates, the benefits of whole plant medicine, and the various applications of cannabis ruderalis and autoflowering buds.

The (mostly outdated) taxonomical distinctions between Sativa and Indica strains get a mention, too – but we ultimately end up agreeing that you can get good buds from either. Adam brings up polyploids, and how they ultimately look very similar to Australian Bastard Cannabis, or ABC, which we wrote an article about here. We discuss whether the supposed ABC images and the polyploids look very similar, and could in fact be identical.

There’s so much more to this podcast – but we encourage you to listen in and discover it yourself! This is not one you wanna miss!

Let us know your thoughts and feelings about this episode in the comments – and feel free to suggest what you would like to see on future episodes of the Friendly Aussie Podcast! 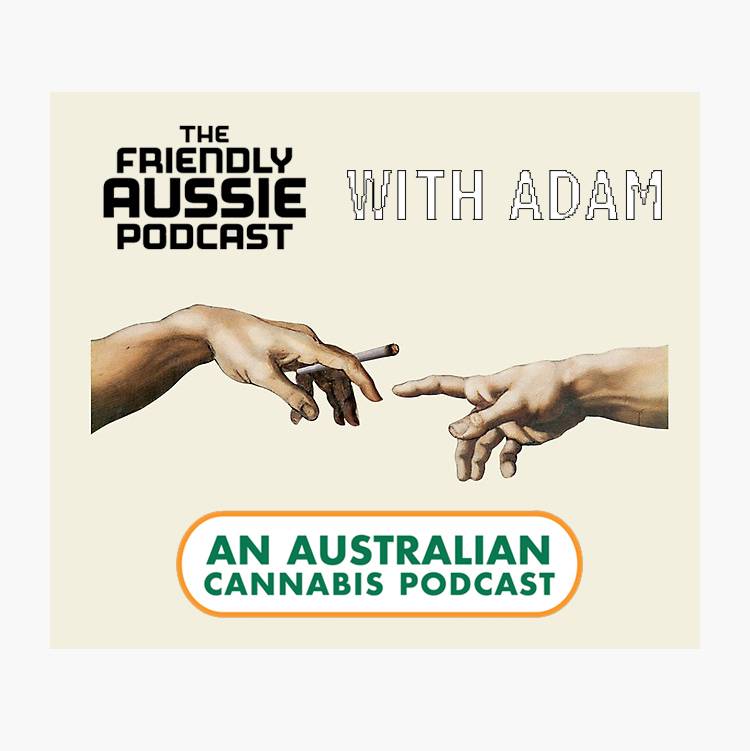 Shelly From ‘Her Highness’ Goes Medical | The Friendly Aussie Podcast...