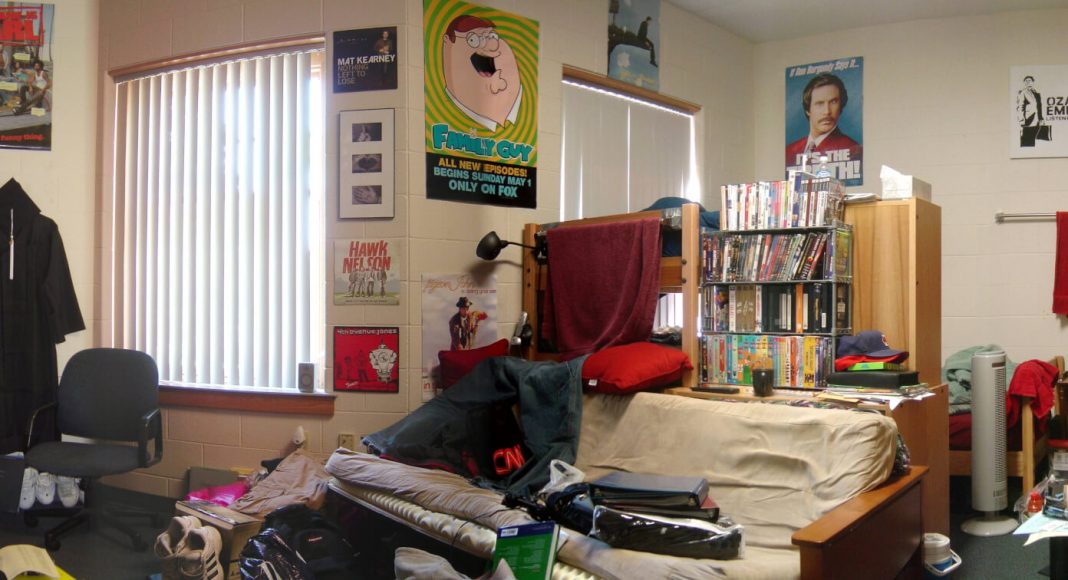 Inevitably, the university years are an interesting time in a youth’s life. For many people, it’s the backdrop to their intro to cannabis and stoner culture; a ‘101’ period, filled with new experiences, ideas and skills to be learned. I could barely roll a joint before being shipped out to college in Melbourne; now, two years later, I can assemble a ‘gatey’ in five minutes, and spin with the best of them.

But college is not a singular uniform experience. Aussie students simply aren’t stepping into the same weedy world as our cousins across the Pacific. After my semester in Washington D.C. I had been exposed to a multitude of social norms, smoking practices, and slang terms; all of which I wasn’t prepared for at the outset. Over the last few weeks on Cone vs Bowl, I’ve covered state laws, cultural practices, and the sweeping sensation that is CBD. This week, it’s one for the exchange students and scholarship winners. Hopefully, there’s also something for you.

Firstly, I’m not claiming to know everything there is to know about student culture in the US. I was in DC for four months during the fall semester of last year… still, it seems like my experiences can be comfortably translated to most urban colleges across the Northeast. You wouldn’t expect an agriculture student in regional Western Australia to have the same experiences as an inner-suburbs Melbournite… similarly, the student practices and rituals differ significantly across the continental US.

That said, there are a few common elements that define American schools, which separate them from our own. The one that makes the biggest difference is almost certainly dorms…

While some comparisons can be drawn to the residential colleges found in some Aussie unis, the widespread US practice of ‘compulsory dorming’ is almost unheard of here.

Most American colleges provide on-campus residential dorm-rooms. These vary, but generally hold two students per room, have shared kitchen & bathroom facilities, as well as resident advisers on every floor. American undergraduate degrees run for four years… and while some colleges will make students spend them all in dorms, most only require them for freshmen (first-years), providing them as an option for sophomores, juniors, and seniors.

If you’re heading to the US as an exchange student, it’s a 50/50 chance as to whether you’ll be required to live in a dorm. Even if you aren’t, I’d recommend taking the opportunity if offered. While roommates can be a pain in the ass, the community and culture of the dorm lifestyle is definitely worth seeing. I’d say it’s an essential part of the American college experience. It’s also where you’re most likely to encounter the local stoner culture in person.

Within a few weeks in a dorm in DC, I’d established a relationship with a dealer in the building. I was getting far better deals than my other friends, who were using bud-delivery services. My guy regularly hooked me up with $30 eighths, $5 brownies and regular free joints. The college community had a strong stoner contingent — always hosting and participating in smoke-ups with an assortment of bowls, blunts, vapes and dab pens. If your crowd in AUS isn’t into trap music, brace yourself for a Travis Scott fueled bombardment of psychedelic hi-hats and bass.

Dodging resident advisers (RAs) is a longstanding tradition and an entertaining pastime in dorm halls across the country. RAs are generally the same age as the students they’re supervising. Thus, they are caught in a constant struggle to justify their position of authority in the face of crushing indifference.

They are individuals, however, and it’s unwise to think of them all as washed-up losers. My RA was one of the good ones; she was in it for the free room, and didn’t give a single fuck if we drank or smoked in our rooms. Shoutout to Neringa, if you’re reading this!

You can’t count on being so lucky, though. A lot of RAs have an unrivalled hard-on for justice, and a fetish for sticking their nose into others’ business — enough that avoiding them can become a major time waster. You’ll also likely have to contend with room inspections — My building did two a semester. They were mostly looking out for illicit space heaters, but it still pays not to leave a resin-soaked bong parked on your desk.

So, what if you aren’t in a dorm? You might be tempted to smoke up on campus, and there’s probably a place with a bunch of people already doing it. On my campus it was called ‘stoner park’ — a small public park where an uneasy amnesty with campus PD had been reached. We agreed not to smoke where the classes were, and they turned a blind eye to the stench of weed in this particular park.

In legal states, this is fairly regular practice. Weed has infested US society to never-before-seen levels, and campus police are fully aware that students are leading that charge. Most universities have ‘smoke free campus’ signs plastered everywhere, but the level of enforcement can vary significantly. My uni was incredibly lax with cigarettes — which were often smoked directly in front of said signs — but for bud you were expected to go to the park. Finding the safe space on your campus will never be too hard. Asking around in class will get you answers pretty quickly — especially once the Americans hear your Aussie accent.

Next time on Cone vs. Bowl

That more-or-less sums it up for getting blazed at a US college. I’ve left the culture and trends for you to discover yourself — this is a case where knowing what not to do is the most important thing for new entrants. You really can’t afford to get caught smoking weed on a J1 student visa. It is still a federal offence, after all.

If you’re going to the States this year, good luck! In the meantime be sure to read up on previous cone vs. bowl entries and come back next week for Part 5: California Dreamin’.

This series is pretty sweet. Can’t wait for part 5, definitely recommend checking out parts of Northern California too, like Mendocino and Humboldt county. Those are really popular places that have some really quality bud. Keep em’ coming fellas!

‘Cone vs. Bowl’: The Aussie Stoner’s Guide to the United States