Why Don’t Aussies Smoke Hash?: An Analysis of Our Cultural Preference for Bud Over Bricks

Why Is Hash So Uncommon Down Under?

If you’ve ever travelled overseas and gone looking for some green, you will have likely come across what’s known as hash, hashish, or resin. In many countries across the world, hash is integral to the local cannabis culture. There’s evidence of hashish consumption from millennia ago in the Arabian peninsula — Marco Polo wrote about the use of hashish alongside opium in 13th century Persian palaces. 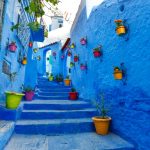 See related: Holidaying In The Home Of Moroccan Hash

Today, most of the global hash supply can be traced back to Morocco, Afghanistan and central Asia, where local growers use centuries-old practises to produce tonnes of hard-packed hash for export. The ongoing popularity of hash smoke can be attributed to its smooth, mellow, psychedelic and regenerative high.

What if you find yourself in the Great Southern Land, in the Year Of Our Lord 2020? Well, unfortunately, you’ll be hard-pressed to find any flower that’s been hard-pressed – particularly if you live out in “woop-woop”.

Aussies Resigned To Lack Of Resins

Australia is a bit of a dead zone when it comes to hashish… though it’s true enough that you can find it here and there. Usually at a mediocre quality, and at an inflated price. There are good reasons as to why hashish hasn’t gained mainstream acceptance, here.

In short: hash is a relatively new phenomenon in most parts of Australia. Generally speaking, our culture has a poor affinity with resin in comparison to flowers and buds. Additionally, the realities of the international black market make Australia an inaccessible and risky destination for hashish traffickers.

Until the whole plant and its products are legalised in Australia, the most potent concentrates will fail to make it to our shores. Growers and distributors do not possess the knowledge or the tools to produce their own; and as it stands, most Aussie stoners are content with sinking over-dried bush cones through 600ml plastic bottles…

That still doesn’t explain the marked absence of hash and other cannabis concentrates from Australian dealers’ stocks. Why is it that this stoner staple remains relatively unknown down under? What might it take to get resin on the menu? 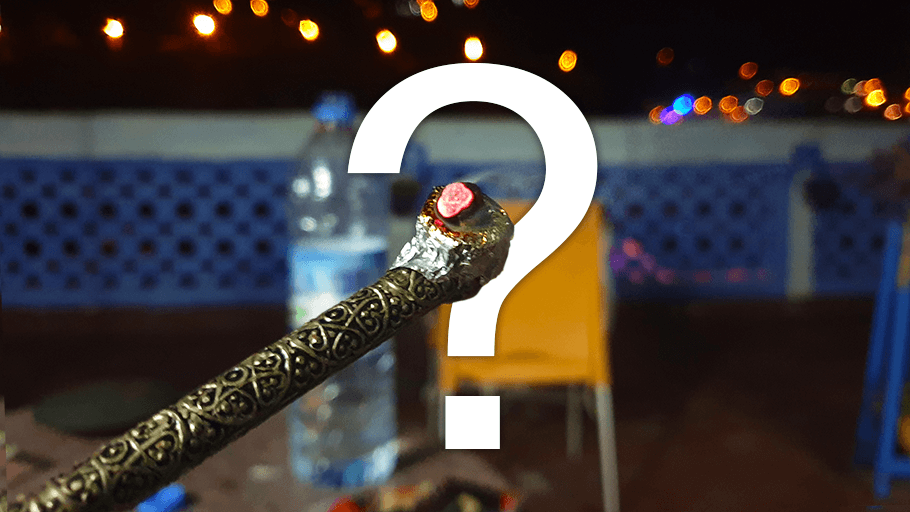 If hash is easy to produce, why doesn’t your local dealer stock any? There’s always the lack of overall demand thanks to longstanding cultural and historical trends, which doesn’t help drive supply. Hemp and its flowers are deeply embedded into the Australian cultural narrative – Australia was essentially a hemp colony, and cannabis seeds came over on the first fleet. 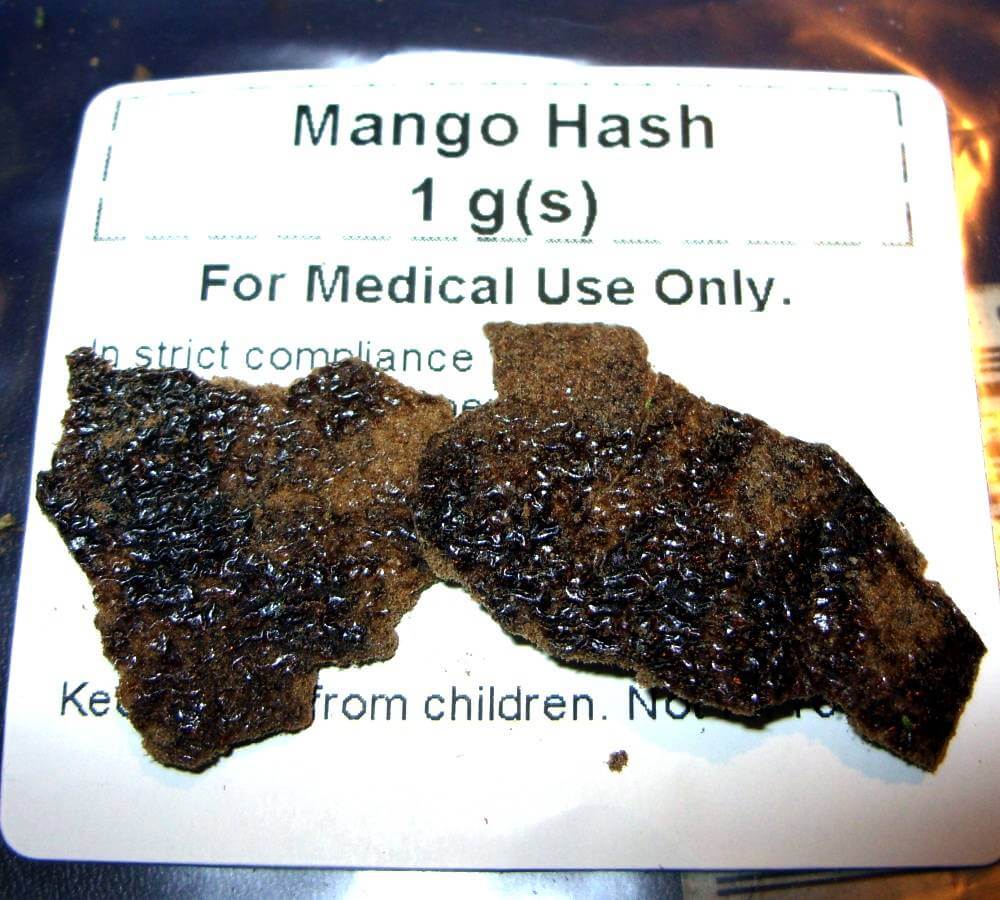 Hash has not enjoyed a similar legacy in Australia, and remains a niche product. If folks don’t already know about and demand a product, there is simply no incentive for it to be supplied. Why put in any effort to learn a new method of production, when it’s easier to flog $20 grams of PGR ditch weed to highschoolers?

The readers of our little website may be skewed towards the more resourceful and inventive of Aussie stoners… but by-and-large, Australia’s bud-chasing population are not so. Only the most dedicated of us are constructing space buckets or hydro setups. On the other hand… the hash scene in Australia is a void that is calling out to be filled by some aspiring “entrepreneurs”.

Sam from the Friendly Aussie Buds crew is an experienced hashish smoker, having travelled to many parts of the world in his lifetime. His most intimate experiences with hash were had during his time living in Berlin. Here, he lends some insight on why hash is so common in Europe, and rarer to see down under:

“Having lived and worked in Berlin and travelled to “European ganja capitals” such as Amsterdam, Barcelona and Prague – I can confirm that hash is readily available throughout EU. Often, it’s easier to find than actual grass. The primary factor is likely its efficiency in transporting and smuggling – particularly over national borders. Hash is easy to push.

The majority of hashish found in Europe is produced in surrounding regions, such as Morocco and Turkey. These places contain rich historical traditions and cultures which feature the production of hashish for many different purposes. People living in these regions also gain a very promising return from the European black market. It’s really no wonder why these countries both manufacture and distribute much of the world’s hashish en masse.

A niche culture of people who prefer smoking hash to grass has developed over the years in Europe. Users often opt for hash over flower for its “clear, uplifting high”. 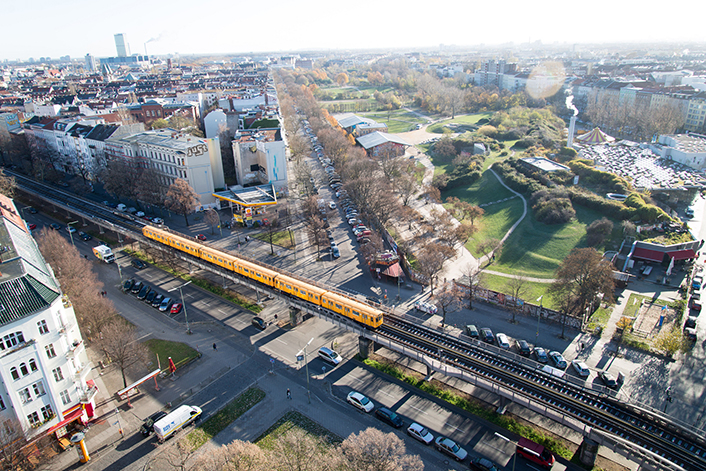 Hash is popular in the thriving party scene. It’s easy to get into clubs, easy to roll, easy to dose, and it energises you; keeping you awake, rather than couch-locked. Smoking hash after shifts is surprisingly common, particularly in the hospitality industry.

Ultimately, the answer comes down to supply and demand, as well as the history and geography of the Earth. Aussies got their first cannabis plants with the first fleet, and are mostly isolated from traditional hash-producing regions. Europe has both easy access to hashish, largely thanks to Morocco and Turkey, and a cultural appreciation for the substance.” 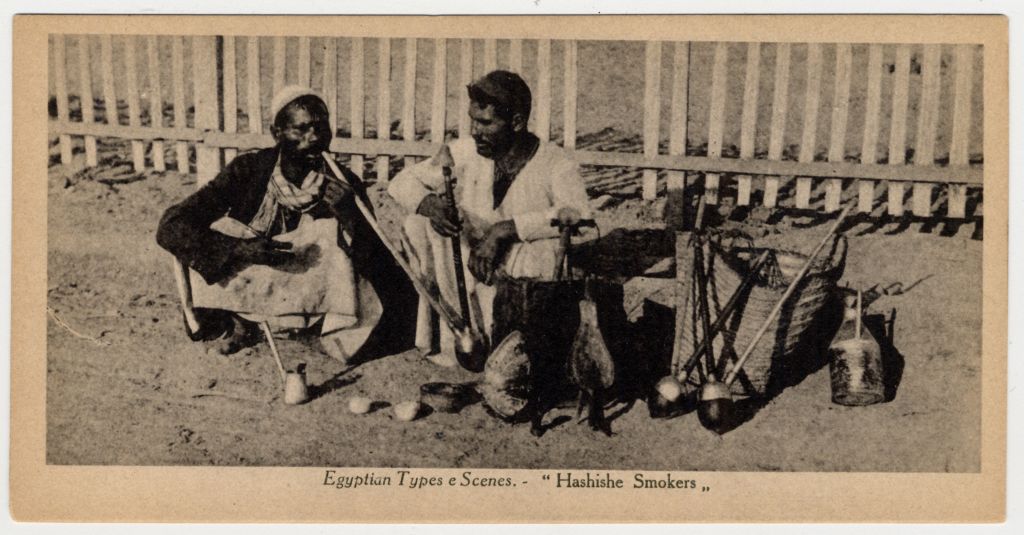 Traditional methods of hash preparation are simple enough. After all, pure hash is just resin straight from the trichomes of the cannabis plant. So-called ‘hand hash’ is collected by rubbing plants to burst the trichomes, drawing resin straight into the palm. If timed correctly, this method allows for multiple collections if timed correctly. It’s also suitable when humidity prevents effective drying.

This isn’t a problem in most of North Africa and the Middle East, where it’s most common to harvest, dry, and sieve the kief from plants, before heating and compressing it into hash.

“But I’ve Been Getting Hash For Years…”

Obviously, there are exceptions to the rule. Australians don’t use hash is a misnomer. Anecdotal reports from Middle Eastern and European communities, in particular, suggest a ready supply of the stuff in multiple major cities. 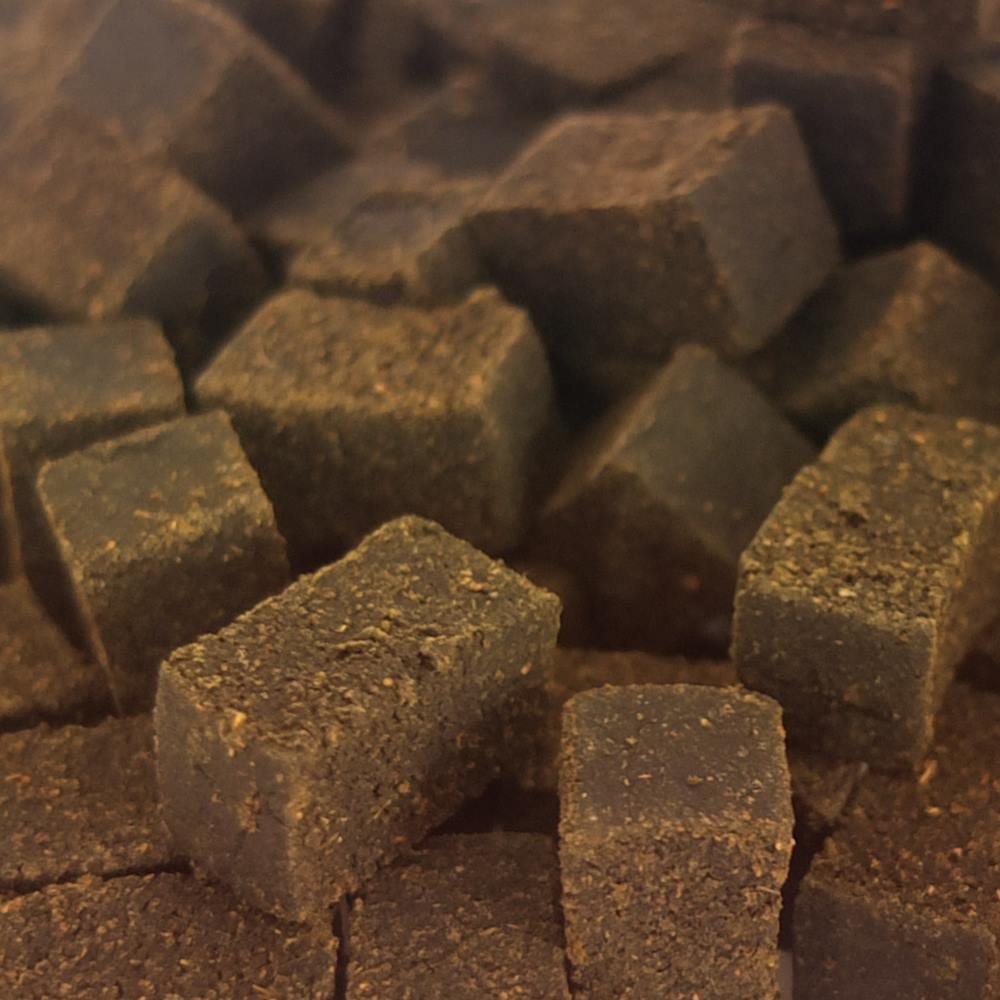 Gangs, Ganja And Growhouses: Oh My!

Court records and local news reports suggest that a majority of domestic production on the eastern coastline of Australia is handled in domestic growhouses, run by gangs. Every few months, you’ll hear a gleeful report on the Victorian or NSW Police’s latest bust, headed with a picture of two stern-faced bluehats standing either side of some plants and a musky old bong, maybe a meth pipe.

This obviously has an impact down the supply chain. Industrial-scale producers demand as much profit as possible from growhouses, and cannabis concentrates just don’t offer the same ease-of-production or ready market as straight bud. The profit-hungry attitude displayed by black market vendors is largely to blame for Australia’s epidemics of shitty bud.

Look Out For Small Independent Producers

There are a handful of home producers and dealers selling hash and other concentrates all around the country… just don’t expect to have an easy time finding them. Not without a bit of social prowess, luck, and accessibility to contacts. You’ll also need patience, and a pretty penny. Combing through leafedin – however ill advised an action that may be – will turn up plenty of results for concentrates. 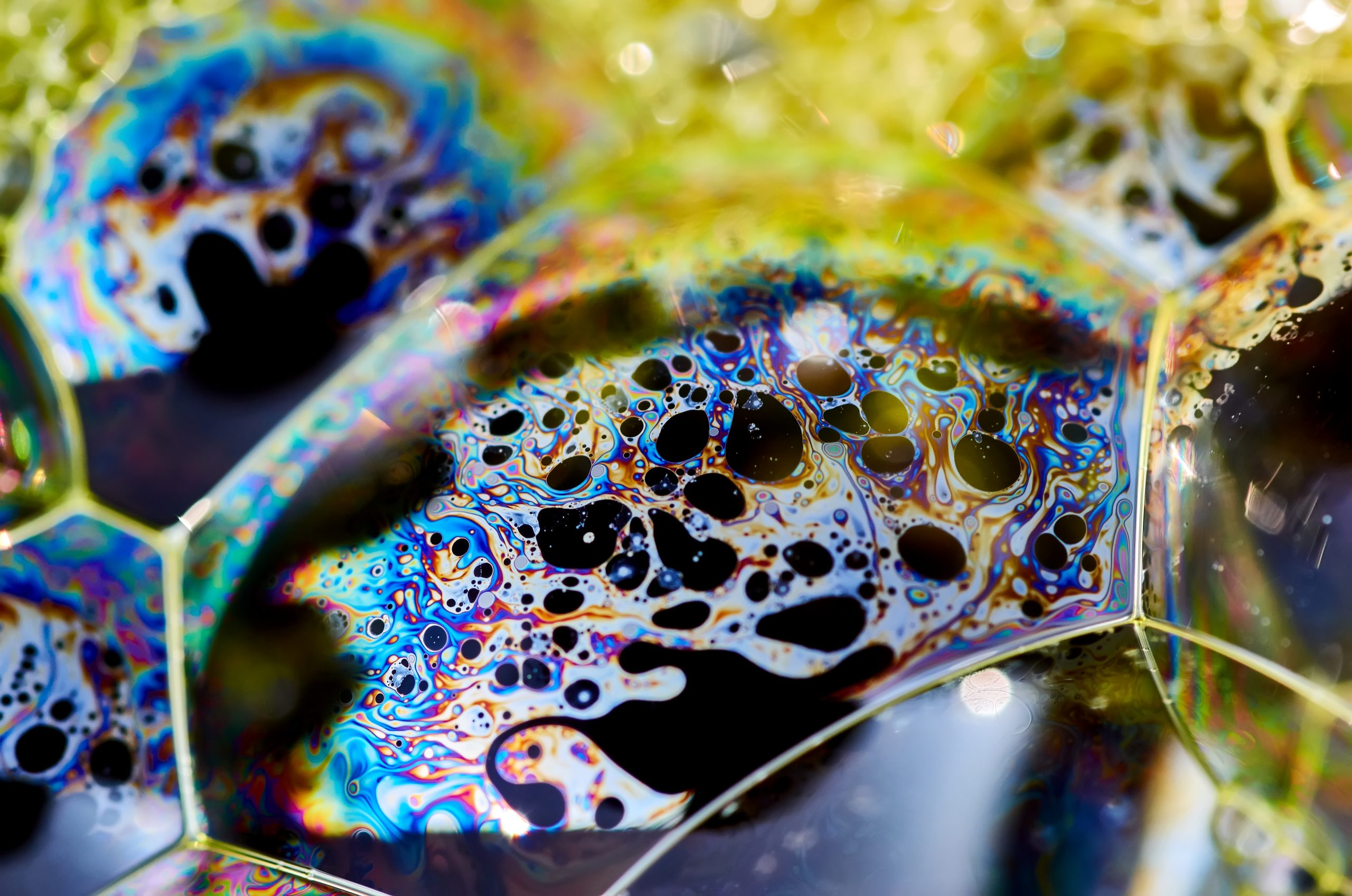 Friendly Aussie Buds does not support the purchasing of illegal substances online – though, it’s common knowledge that many people will go to the darkest, murkiest corners of the internet to do just that. It’s important to be aware of the associated risks. Well-packaged hash fits in a standard envelope, making it possible to import. However, hashish can set of drug dogs, and be read as organic if run through a postal X-ray scanner. The ‘Australian Border Force’ (formerly known as ‘Customs’, but that wasn’t menacing enough) randomly checks parcels coming into and out of the country.

Hash As An Alternative To Buds

There’s something to be said for hash as an alternative to bud. As a novel experience, it’s definitely a fun time. If you haven’t given it a go, perhaps consider burning through last year’s kief stash to make your own… Also, spread the word to your dealers and stoner buddies. Put down the gatey, Australia – and give hash a chance!

I think you have got the story wrong….black hash was popular in Sydney in the seventies and eighties….then it disappeared….something to do with politics and supply i suppose….a real shame

Hash was incredibly popular in the early 90s, it was everywhere. Seemed to vanish around 95.