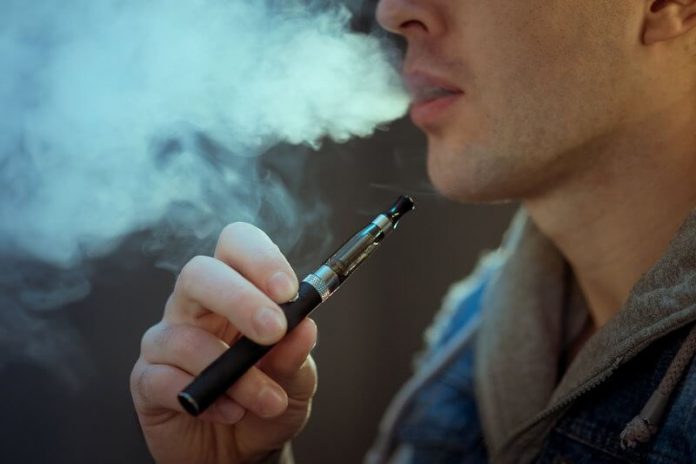 I’ve been habitually smoking bongs on the regular for the past year or two… and coming into the beginning of 2019, I honestly think it’s about time that I slowed down. Don’t get me wrong;  I have very much enjoyed myself in all the time I’ve been friggin’ stoned, and I do see myself returning to the drug in future. Nevertheless, I’ve found that indulging myself in a lifestyle of daily cannabis use has not only slowed me down, it has led to me making certain tradeoffs… and it’s these compromises which don’t actually work for me or my life.

Increasingly, I see these tradeoffs as serious drawbacks. I still love smoking weed; I find it to be an incredibly psychedelic experience. It’s a headspace that feels like home. Today, however, the activity has become less appealing to me. It’s clear that the satisfaction cannabis brings is only temporary. Yet, I have used the drug in the past as a band-aid; blotting myself out as a means of managing the extreme emotions I often feel. Ultimately, this just leads me down a road of avoidance, distracting me from past trauma and other life situations that demand to be processed. It’s more painful than if I didn’t avoid it in the first place.

So, I’ve been looking for other options to slowly phase out my green demon. I wanted something that could help me transition into a new stage of my life… and that’s where vaporisation comes in.

Joe is the founder of this here website (Friendly Aussie Buds), and a good friend of mine. He very graciously offered to lend me one of his many vapes for a few weeks, so I might write an article about my experiences off the bong. What you are reading right now is that article – and what will follow is my intimate account of what vaporisation is like for an everyday beaug smoker.

Recommended For You
'Weed Etiquette': How to Treat Your Dealer (or 'Medicine Man') 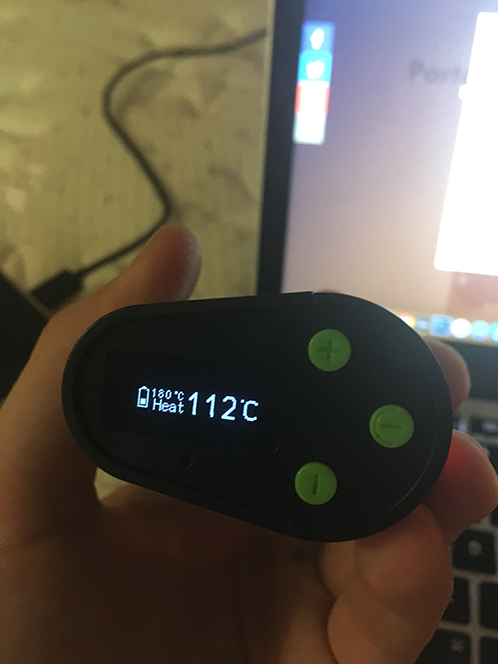 It’s now been a couple of weeks since I switched my reliable water pipe for the vape. In that time, the difference between vapour and smoke has become particularly obvious.

Vapour is incredibly light and easy on the lungs; especially in comparison to thick, hazy bong smoke. It only took a few days for me to realise how much better I feel without inhaling all that tar and smoke on a daily basis. Additionally, I had an observably clearer state of mind; the vaporiser didn’t leave me sluggish, as weed often does. It’s probably the healthiest way to ingest the stuff, frankly; or at least, you do feel that way at the time.

Sure, vaping your weed may not be quite as satisfying as ripping a fat cone; but, it will likely reduce your risk of cancer and other nasty health complications… so, it’s really a matter of your priorities.

The process of vaporisation leads to a more direct extraction of cannabis’ essential oils, in comparison to regular combustion. Further, the ingestion of tar and excess plant matter is less of a concern. Thus, a vaporiser can bring out the detailed flavours and qualities of your bud. With a vaporiser, the myriad phenotypes and terpenoids which make your bud so uniquely tasty can be fully appreciated.

Recommended For You
Leafedin: How Not to Get Scammed

Vaporisation technologies have advanced significantly in recent years, unlocking the many nuances of the plant to everyday consumers. These complexities have now become immediately palpable to our olfactory senses.

So, pick up a vaporiser, and savour cannabis in its full glory.

The smell of a vaporiser is actually quite pleasant; not too overwhelming or offensive. It lingers only temporarily; unlike regular old smoke, where your activities are advertised to everyone from quite a while away. A vaporiser would be a great option for anyone with roommates, friends, family members or other people in your life who complain about the weed stank. It can also function as an efficient way of smoking in public places without getting caught. Speaking of…

Whilst some vaporisers (such as the volcano) are hulking vapour machines, most commercial vaporisers are much smaller, seeing as they were designed with discreteness and portability in mind. Why is that? Well, because portability and efficiency are among the greatest strengths of the vaporiser over the bong or joint. That is, you can be very sneaky with a vape.

Using a vaporiser inside won’t leave your entire house smelling like a plantation, for instance – and it’s basically the same for any indoor setting. The vapour leaves behind a slight aroma which dissipates very quickly. Due to the lack of any smoke being released on the exhale breath, you can easily conceal your use from other people in a variety of contexts – which would be pretty practical, for a lot of people.

This may be the greatest strength of vapour, at least from my own subjective standpoint. Indeed, a vaporiser can get you VERY stoned, if you let it – but the whole process is slow and gradual. You transition seamlessly from being sober to soaking up a clear-headed high. The thoughts which emerge from the experience are generally lucid, facilitating creativity, sociality and the ability to take the world on.

Point being; the vape definitely gets you stoned, but it doesn’t knock you out immediately. This allows for one to face the everyday challenges of life more successfully than if you smoked bongs in the morning instead.

Great for Waxing Off

As I stated earlier, I am at a point in my own life where I wish to better regulate my cannabis use. Ultimately, I wish to attenuate my very regular usage back down to the level of an occasional activity. Often, an objective so ambitious can seem far beyond the reach of someone under the firm grip of cannabis… but with a vaporiser, I’ve found it much easier to keep my usage down, personally. My cartridge holds about 0.1g, and can be heated to produce vapour between 2-3 times. This assists me in spreading out my plant matter over time. When I was sticking to bongs, I would go through much greater quantities of weed, and get myself a lot more stoned – but it didn’t really contribute to the quality of the life I was living. Now, I see how less can be more.

Finally, my new years’ resolution this year is to kick tobacco – that is, to stop spinning it with my weed. A vaporiser basically forces me to smoke pure green; in this sense, it’s doing me a real favour. The carcinogens I am consuming have been significantly reduced over the past few weeks, only contributing to the palliative qualities of the CBD in the cannabis.

Last, but certainly not least… it’s what happens when you’re done vaporising. The green plant material you started off with becomes a yellowish-goldish-brown after being extracted and exposed to high temperatures. This is what cannabis looks like after the process of decarboxylation. This process causes the weed to become orally active – it’s also why cannabis is regularly consumed via other methods of combustion. Decarboxylation is a process that bud must go through to become edible, so it’s a bonus that vaporisers do it all for us 🙂

We recommend that you stash your decarboxylated (or AVB) weed for a rainy day. It can work for you, either when your stash is completely empty, or when you’re looking to make some bomb-ass edibles.

Safe to say, cannabis vaporisation will become an integral part of my daily routine in 2019. It fits my lifestyle significantly better than some of the more hardcore methods of administration – as much as I sorely do love them…

Vaping just has so many benefits for a longterm cannabis smoker like me; so much so, that it’s hard to deny.

Have you used a vaporiser? Do you have one at the ready, or do you stick to the old ways? Let us know in the comments below.

Great article and I draw alot of parallels with the author as I was reading it was like I may have even written it myself 🙂 great article and good luck for 2019 kicking the ciggies. Hooking a volcano up to a glass piece with a hose clamp and some heat proof silicon tube is a great way to get big rips for when you do feel you want to take it further 😉 peace homie

haha, I think a lot of people get those parallels! I’m going to have to try out the volcano with a glass piece…been meaning to for a while!

Good luck crushing those ciggies! Consider a nicotine vape. Purchased one for a relative over Xmas and they’ve loved making the swap. (Got a Vapo, it has cartridges and there’s no button to press for vape! Just inhale and go)

Recommended For You
Buying Cannabis Seeds in Australia: A How-To Guide
Reply

I’d be interested in get into vaping, but where do I start? Where can I buy a vape for weed?

Vapefuse.com.au is a great place to buy some!

Checkout their learning centre, it’s really really good for information! We’ll have some more articles up soon as well to help people transition into understanding vapes.

I can definitely agree with the clean high and discreteness of vaping. It’s so easy to vape while I’m in the shower or in my room without other members of my family smelling ganja. The clean high is wonderful for getting things done, a lot of my better uni papers were written with the clear headspace, microdosing is also such an advantage with vaporising.

Thanks for the contribution Warden! Completely in the same boat. Really helps make it possible to be a functioning stoner. 🙂

Thanks for reading and following along, we really appreciate comments where people share their own experiences.

Weed Etiquette: Dealing With Your Dealer I've been purchasing cannabis for around 10 years. In my time, I've learned a thing or...
Read more

The Mighty 'Self-Isolation' VapeWhen I was initially informed that my university was going to shut its doors during the...
Read more

https://www.facebook.com/FriendlyAussieBuds/posts/714417619318406 An Interview With NO.ONE Kyel Golly is one of the main personnel behind NO.ONE NETWORK; one of the freshest Aussie...
Read more

Recommended For You
Medicinal Cannabis in Australia is Godawful. Here's Why
wpDiscuz
6
0
Would love your thoughts, please comment.x
()
x
| Reply
MORE STORIES

5 Reasons Why Vaping is Better for Your Longterm Wellbeing