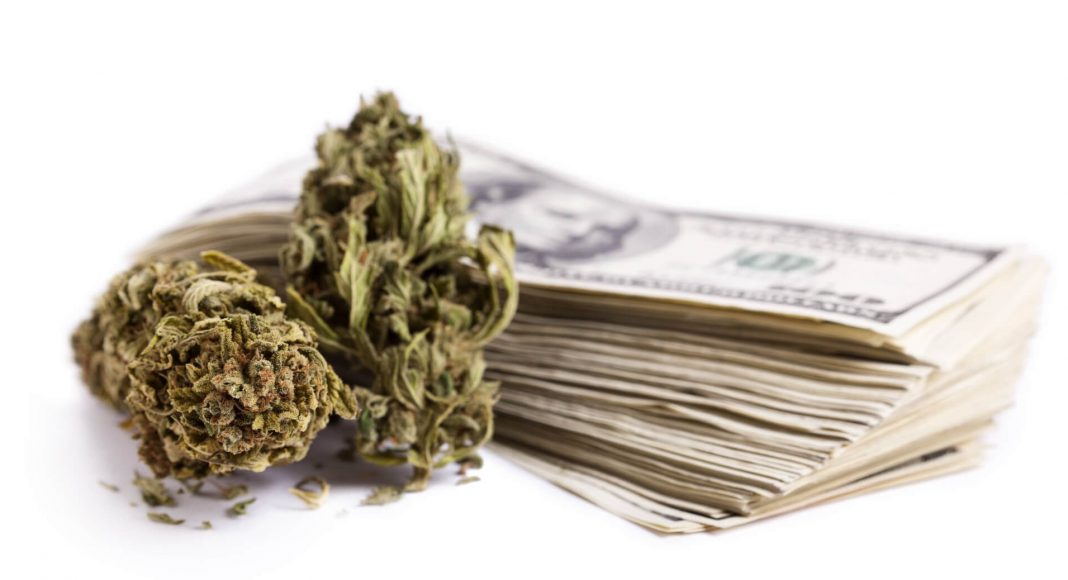 This series has gone into quite a bit of depth, when it comes to where & how to get your weed in the United States; we covered legal & illegal states, vapes & edibles, CBD sources, dorm-room plugs and even delivery services.

Locating it, however, is only half the battle. It’s the subsequent bargaining that’s gonna cost you — particularly with the Aussie dollar as weak as it is. 71 US cents isn’t a great rate for your AUD, so value for money is as important now as it’s ever been.

We can’t just lump it all into a spreadsheet and call it a day. Aussie stoners know how it feels to negotiate the ups and downs of black market bud-pricing. Now, consider those same economic forces, multiplied by the variety of products, providers, and laws between different states in the US. It’s not uncommon to be offered an ounce of Mexican ditch weed for $50 one day, and a gram of the latest artisanal strain for $25 the next — from the same dealer.

With the varying levels of legality and convenience, there emerges a corresponding hierarchy of price. The cheapest options are usually dealers, followed up discounted online pickups, with dispensaries generally being the priciest.

As convenient as legalisation can be, it usually doesn’t match mates rates with a local, underground plug. The trick (particularly in legal states) is finding those plugs.

The state and the region you’re in will play a pretty big role in the pricing of your bud. Rates vary a lot in the Northeast, but quality is relatively stable, while the mostly-legal West Coast enjoys a very high standard of product. The Midwest and the South don’t have many legal states between them, which generally means that bud will be cheaper but less reliable & harder to find. Especially true when you have to cross hundreds of miles of deserts or cornfields to get to the major cities.

Assessing your product is largely the same in the States as in Australia. Legal options will always provide the pedigree of their bud, but it nonetheless pays to inspect before you buy. Online strain review sites are a great start. There are enough connoisseur-stoners out there to give a good appraisal of whatever strange new hybrid you’re offered. After that, you should always check for the standard stuff: dank smell, shiny trichomes and a spongy texture.

The best American bud will tick all the boxes, and it’s usually worth the asking price. $50 might seem steep for an eighth, but if it’s from a legitimate source with a strong strain pedigree, you can count on getting something special for your cash. Access to such high-quality weed has helped raise the standards of more local stuff as well. You’re extremely unlikely to run into any PGR on your travels in the US. Even homegrown buds are pretty consistent due to the availability of reliable seeds.

American weed pricing works more-or-less the same as in any other legal industry… which is to say, there are a range of products and levels of service available. Dispensaries can charge a fortune because they have a physical location and retail service. Also, their workers are always happy to cater to your needs. You’ll be getting an appealing product, too – certainly not a ziploc bag in a hazy basement.

Similarly, delivery services provide the convenience of not having to travel. Their prices typically include delivery, and the multitude of them available online means it’s not hard to shop around for the best deal.

Leafedin scams do still exist though, so it’s worthwhile to check your source.

If pure value for money is what you’re after, old-school buds in large quantities is still the best way to go. Ask your plug for a deal or search online for the best listing there. Edibles and resins are also a great option, but the cost will generally go up a little due to the extra effort involved in their production.

Oils can be relatively affordable. A lot of Americans use dab pens, and if you resist the urge to put yours on the highest setting, you can definitely get your money’s worth out of an oil cartridge.

The Future is Now

I haven’t placed dollar amounts on much of the content in this article, and that’s because it isn’t really possible to nail them down. There are just too many factors at play, not to mention that they’re all subject to change.

I’ve focused on the considerations that’ll help Aussies make informed decisions in the crazy world of American cannabis. It doesn’t take long to get a feel for the local market in most places. Once you know how much a particular strain or service is worth, you’ll have no problem making the purchase time and again. It’s certainly not easy to return to flaky dealers and plastic ziploc bags when you’ve seen what legalisation has to offer.

That’s all for Cone vs. Bowl! Or it is for now – at least until we’re struck with wanderlust and do some more travelling. Check out our previous CvB content for more on the USA, or comment below with suggestions for FAB articles you’d love to see.

Thanks for your readership and support!

Angus
A long-time stoner in the proud Aussie tradition, Angus studies and works out of Melbourne.
Subscribe
0 Comments
Inline Feedbacks
View all comments

6 Things You Need To Know About the US Weed Industry