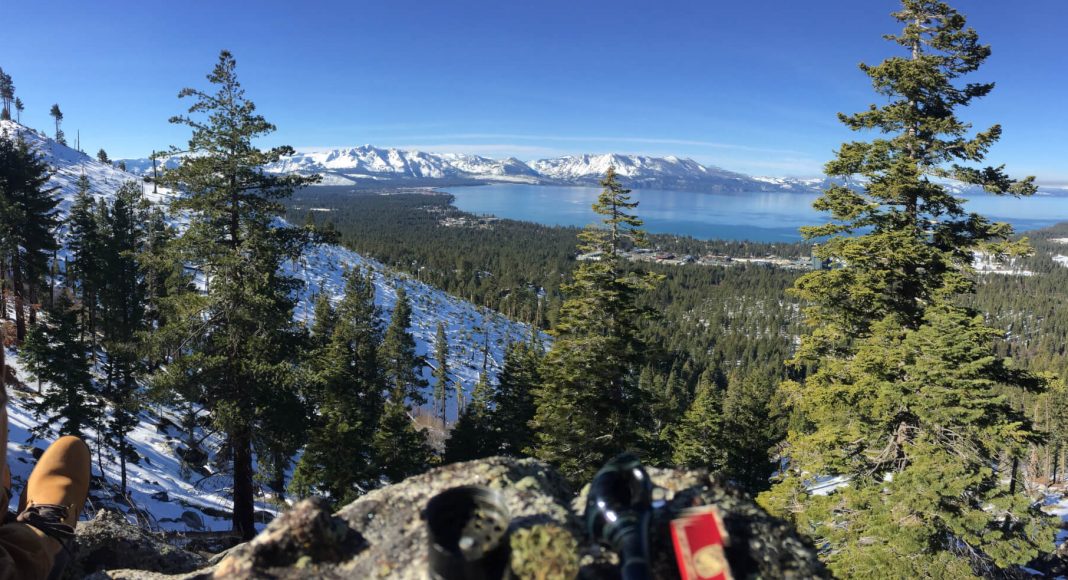 To be honest, much of my time in the US was spent in the Northeast. I did a semester’s-worth of college in DC, going on regular excursions to other cities and states in the region — and it was pretty great.

Boston is a sweet stoner town, and New York is stacked with every kind of illicit substance under the Sun… but it was the West Coast that I remember most fondly for its weed. There’s really no exaggerating; California is the home of the stoner (with Colorado in close contention). LA is our mecca, and with legalisation looking pretty distant at home, it’s definitely worth a pilgrimage for a taste of everything it has to offer.

Consider this your primer. I spent over a month trawling the Golden State, but safe to say that there’s much more to be seen than I witnessed myself, catering to all tastes. If you’ve got a story or recommendation worth sharing, chuck it down in the comments!

Los Angeles wasn’t my first taste of California weed, but it was definitely the most convenient. This place is truly God’s gift to stoners. Bud is just the local lifestyle here. I spotted dudes smoking up every single day I was there.

Light up a blunt on the street, a bowl while you wait for the train, or rip a bong on Hollywood boulevard — and shockingly, no one cares. While waiting for a friend in Pershing Square, I kept my bowl lit for almost half an hour before being told to move along by security. And it was hardly a heated conversation. These guys know how it is; they aren’t in the business of being loud or aggressive. I moved to a different spot, and that was the end of it.

Dispensaries are everywhere in LA. Tourist areas are usually reserved for CBD-only stores, but the popular spots will have bud delivery guys cruising around looking for a sale. You can find a smorgasbord of options on weedmaps or leafly – or just walk around aimlessly until they approach you, like I did. The quality of the weed is unlikely to be impacted, regardless of the sourcing method you choose. Californian dealers know the (very high) expectations for their product.

As much as LA is by-and-large a “stoner city”, it’s worth pointing out just how large and varied it is. I was warned before I got there, but the sheer scale of the place is difficult to grasp for a homegrown Aussie. Think the suburban sprawl and inadequate public transport of Perth, with the constant flow of peak-hour Sydney traffic.

Downtown is way dingier than you’d expect for a major economic hub — the tent city of Skid Row is a sight to behold, if you’re brave enough to pass through. Hollywood is mostly hawkers & tourists, but a stoned hike to the sign at sunset is a great way to spend an evening, for sure.

For the real bud mecca though, you wanna go to Venice Beach.

Venice is about an hour’s drive (or a two hour bus journey) from Downtown, but it’s really where you wanna be if you’re planning to smoke up in LA. Yeah, it’s touristy: but these are the kind of tourists that are fun to be around. Bodybuilders parade around in the mornings, kids play basketball in the evenings, and at night it’s a neon freak-show full of cyclists kitted out in LEDs, street performers, and a full menu of classic stoner food. Do yourself a favour and set aside some time to just take it all in. You can skip Malibu.

California is an enormous state. With over 400,000 km^2 of total land area, it’s about double the size of Victoria; not to mention the 1350 km of coastline to enjoy. All that space includes nine national parks; more than any other state, and all prime locations for a scenic nature sesh.

I took advantage of the numerous hiking trails to smoke all over Yosemite Valley and the mountains of Lake Tahoe. Thanks to the government shutdown, I didn’t even have to worry about Park Rangers!

If hiking isn’t your vibe, the excellent tourist infrastructure means there’s an abundance of lodges and camping spots to light up in peace. You won’t be the only one doing it.

While LA may be the spiritual home of stoners everywhere, San Francisco is a much darker beast. It has plenty of weed, no doubt about it. Though, you’ll be running into more junkies and crackheads than stoners on your way through the city.

That said, the iconic hippie haven of Height & Ashbury is alive and well. I spent a morning there chatting with the locals and turning down offers of ketamine, so there’s definitely still a fun time to be had.

San Diego is also a good time for those with a bit of extra cash to burn. The beaches are great, and Mexico is right around the corner. Sacramento is a little dull; Lake Tahoe is an awesome ski town built over the Nevada border (and the casinos that come with it), and there are a bunch more iconic sites I never even got to see. Needless to say, Cali is big enough to keep you entertained on a trip for a long time.

Even if edibles aren’t your thing, there are enough great food options in California to suit all stoner tastes. LA has Koreatown, San Fran has Chinatown, and everywhere in-between has all kinds of fast food, authentic Mexican, and the iconic In-N-Out.

In-N-Out is only available in a select few states on the West Coast, and every single one I went to was packed from open to close. Their burgers are both cheaper and better than almost anything else available, and the secret menu adds whatever personal touch you want — often at no extra cost. It’s honestly a revelation. I walked three miles over the notoriously hills of San Francisco to get to one after a sesh — it’s that good. After a few orders I started skipping the fries and just ordering two burgers each time I went.

If beef isn’t your thing, there’s Chick-fil-A, Waffle House, an abundance of Mexican places, and so many chains you’ll never find in Australia. It really doesn’t take long to see why the US leads the world in obesity when you start to scope out their fast food. And never go into a Walmart high — the enormous $6 cheese ball tubs might be too much for a stoned mind to resist.

As great as California is for the bud-fiends of this world, the States has much more to offer once you venture out. You can read through previous cone vs. bowl entries for more info on all the basics for navigating the US as an Aussie stoner. Happy travels, if you are indeed headed that way.

Cone vs Bowl will return next week with Part 6: What Should I Be Paying? Until then, sit tight and stay frosty!

Angus
A long-time stoner in the proud Aussie tradition, Angus studies and works out of Melbourne.
Subscribe
0 Comments
Inline Feedbacks
View all comments

Cone vs. Bowl Part 2: Getting High the American Way