If you are a New Zealand national… Make It Legal! 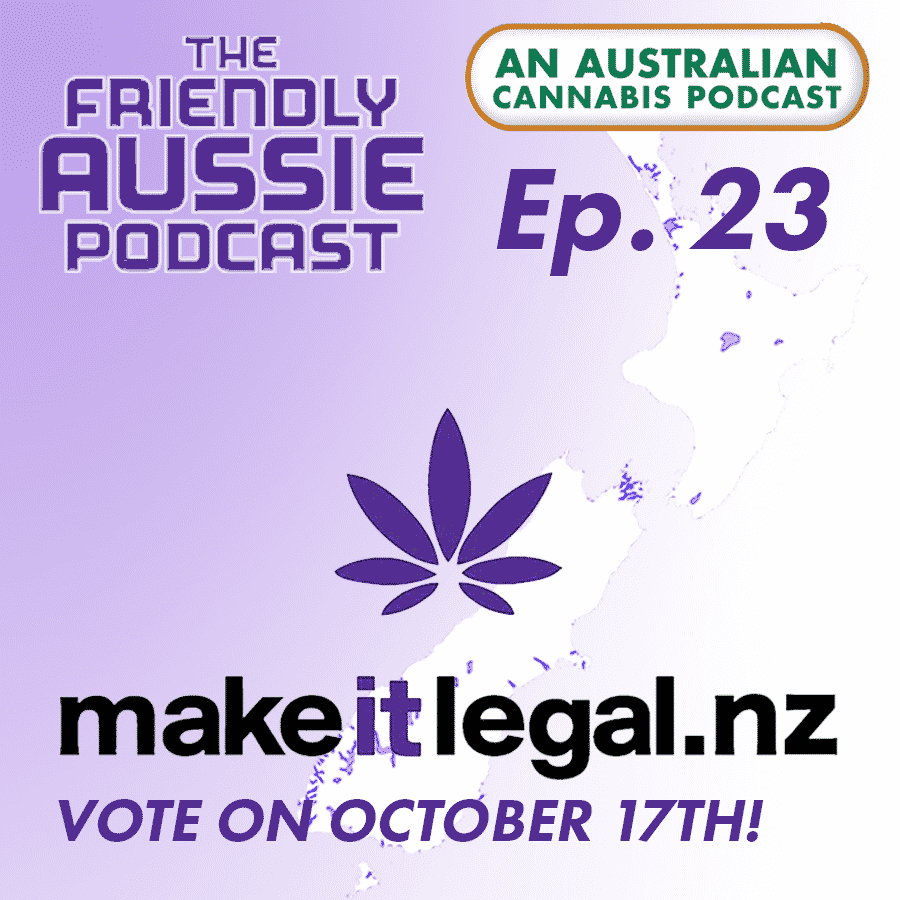 In our conversation with Sandra Murray – a policy expert, and prominent campaigner for a vast swathe of social and environmental issues – we hear all about what her and the team at Make It Legal NZ have been up to in preparation for the 2020 New Zealand Cannabis Referendum on Saturday, the 17th of October.

In this episode, we learn that Make It Legal NZ is one of the very few pro-legalisation organisations making deep efforts to connect to people on the ground in New Zealand (surprisingly).

We also hear that they have passionate team members working around the clock to educate and inform the general public; answering questions in the comments sections, explaining the terms of the vote, and dispelling common misconceptions about realities of policy, civics and law.

How Making It Legal in NZ Affects Aussies

It turns out that our friends from across the ditch have been blessed with a system of governance and policy making that allows for more direct democratic participation; at least, in certain instances.

Assuming this ‘draft bill’ passes with a majority of the vote, it’s safe to say that us Aussies have been ‘beaten to the punch’… at least when it comes to federal legalisation of cannabis. New Zealand’s systems have thus far been much more responsive to the negatives of prohibition; their harm reduction policies are already simply better than ours, as is.

As a policy wonk, Sandra was more than willing to impart a context as to how New Zealanders got to where they did with the topic of legalisation – and we were more than happy to listen. We want to learn from the experiment occurring in New Zealand, and use its momentum to change the laws over here!