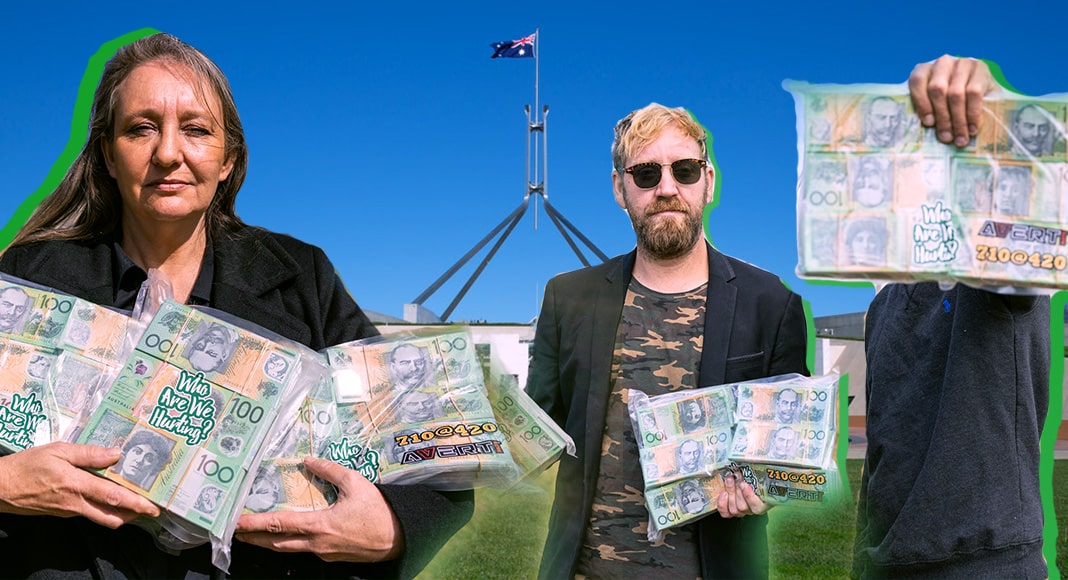 20/04/2021 – A small group of cannabis activists presented nearly half a million dollars to Australia’s Parliament House in Canberra today, in an effort to draw attention to the absurd sums of money and resources squandered by existing cannabis laws.

The collective of artists and advocates – accompanied by two armed security guards – attended Parliament House in Canberra with $420,000 worth of crisp, green $100 notes.

This amount represents a mere slice of the daily excise revenue that Australians are losing due to prohibition – and the number is a nod to 420 (of course), a day celebrated by cannabis consumers worldwide.

Recent data revealed by the Australian Greens indicates that billions of dollars of potential tax revenue from cannabis are being lost annually. This is money that could be invested in infrastructure, hospitals and schools.

Colorado earned more than $260 million in tax revenue in 2016, after it sold more than $1.7 billion worth of marijuana, according to the Colorado Department of Revenue.

A spokesperson for the activists, known as Who Are We Hurting?, said:

“Although achieving great success since initiating our annual protests over 5 years ago, we haven’t come far enough. We have seen different states adopting different changes, such as here in Canberra where you can grow your own – or the laws coming into effect in Victoria which will see a need for impairment to be proved before a medical cannabis patient can be prosecuted for drug driving, revolutionising our out-dated driving legislation.”

Jenny Hallam – the representative for the performance art piece – is a South Australian cannabis advocate who was spared conviction in 2019 for producing and supplying medicinal cannabis to terminally ill people.

“Cannabis has been saving lives for years – and now it can save the economy.”

Who Are We Hurting? 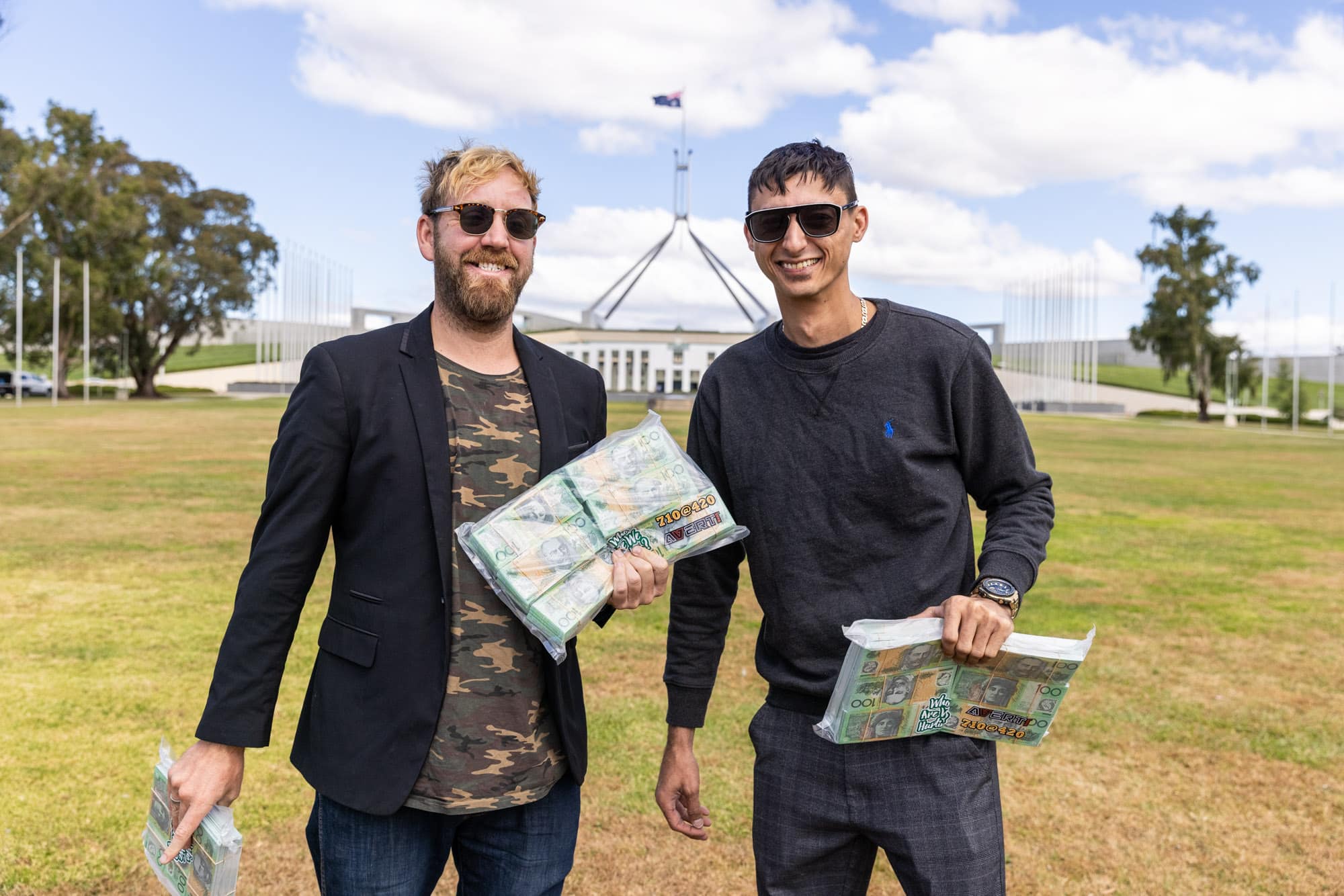 The original Who Are We Hurting team consists of artists from The Craze Collective and athletes from Ballin’ On A Budget. They have been responsible for a number of large-scale cannabis installations and publicity stunts on April 20 over the past five years.

Last year, they offered Prime Minister Scott Morrison a ‘peace offering’ – delivering a pound of weed to his Kirribilli House on 4/20/2020, as part of a broader campaign for the legalisation of cannabis in Australia.

Spokesperson Craze explains that the group wants to publicise discourse around cannabis in Australia. Craze requests that the government “replace this organised crime with legitimate employment.”

“The sad fact is, everybody knows that cannabis isn’t nearly as bad for people as, say, alcohol or cigarettes. But no-one wants to talk about it because it has such a stigma.”

“We’re just hoping to get people talking, as we feel that Cannabis can help with anxiety during these troubling times – as well as offer additional jobs to help the post-economic effects of this world-wide crisis.”

The instigators behind the stunt were (thankfully) adhering to social distancing requirements.

In 2017, the collective leased a shopfront in The Cross, displaying a hydroponic ‘grow’ setup with faux cannabis plants. This led to a police investigation.

In 2018, they positioned a bunch of fake weed plants throughout Sydney city. In 2019, they erected a 9-metre tall cannabis statue in Martin Place. The slacker vigilantes we deserve. 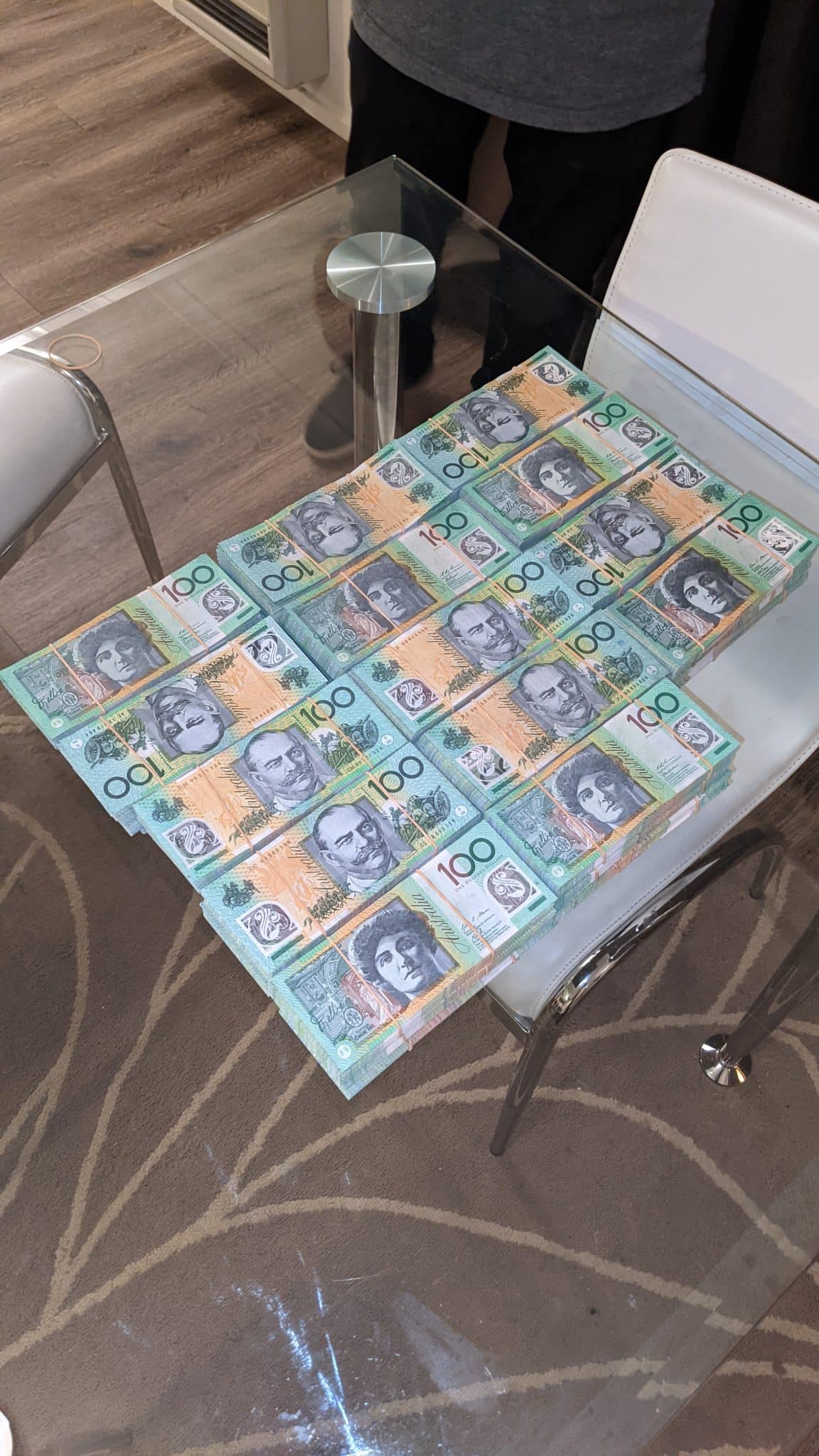 Former Greens leader Richard Di Natale is in agreement with Craze – he says “the war on drugs has failed”. Di Natale called for the establishment of an Australian Cannabis Agency during his leadership. This agency would act as a monopolised regulator over the wholesale supply of cannabis, while collecting millions of tax dollars in a tobacco-style excise from consumers.

“Governments around the world are realising that prohibition of cannabis causes more harm than it prevents,” Di Natale said. He’s a former GP, who worked in drug and alcohol addiction.

“It’s time that Australia joined them, and legalised cannabis for adult use.”

“It may not appear to be much, but this is how much Australians are losing each day – more than half a million dollars a day, or $2 billion annually.”

The Australian Government has plans to become the world’s biggest supplier of medical cannabis, as reported by ABC political reporter Stephen Dziedzic on News Breakfast from Parliament House.

Tony Bartone, the vice president of the Australian Medical Association, said the AMA did not support the personal use of cannabis, and had “significant reservations” about the proposal to allow people aged over 18 to use the drug.

“There is the importance of the developing brain, the Colorado model is 21-years-old,” he said.

“We have considerable concerns about the risk for the young brain and the possibility of bringing on psychosis, especially in the younger age group.”

He also said the AMA believed that criminal penalties should not be brought against users, echoing sections of the Greens policy.

“The courts are clogged with people [on drug charges],” he said. “We see recreational use of cannabis as a health issue not a criminal issue.” 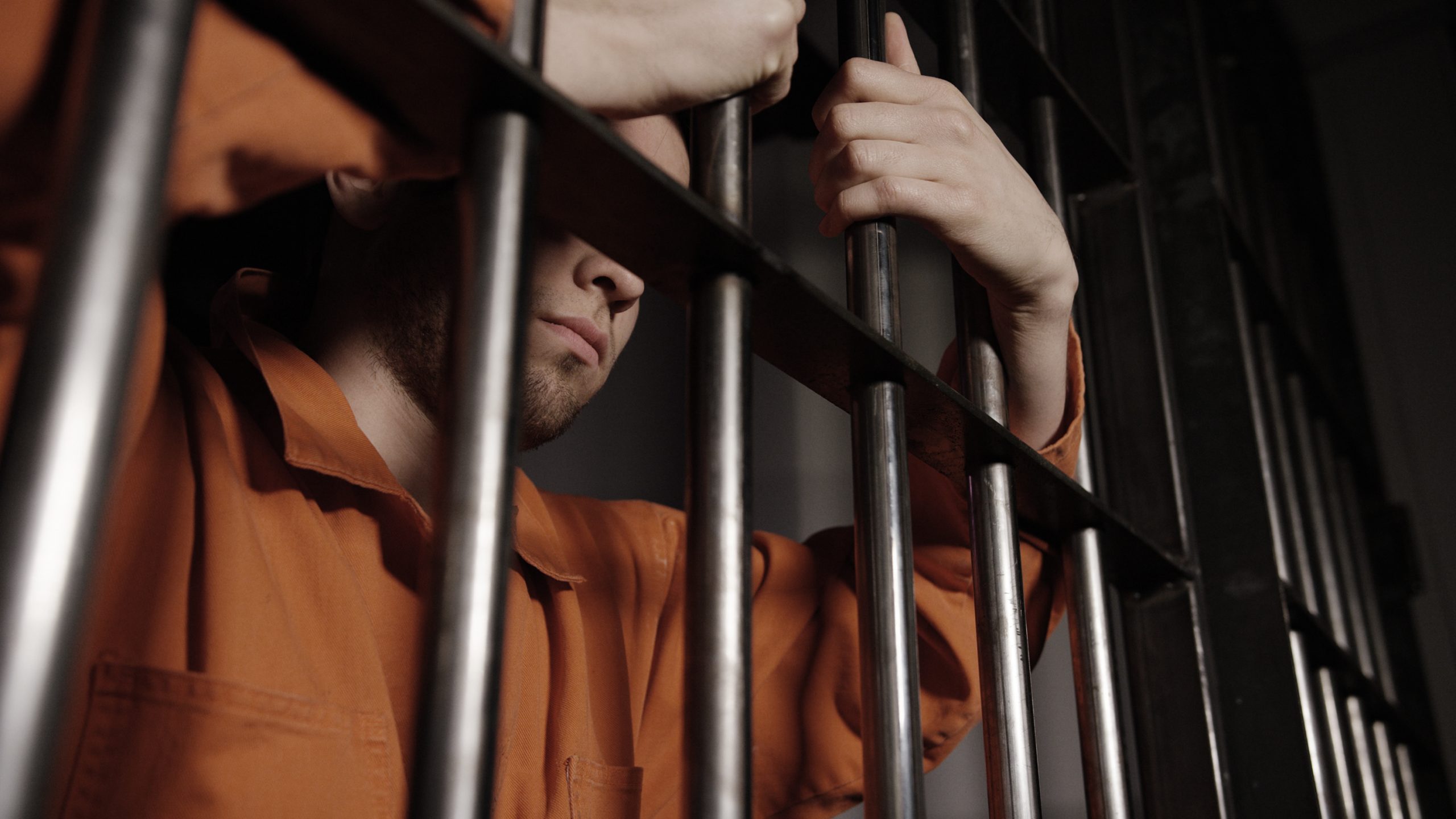 More than 75,000 people are arrested each year for cannabis related offences – making up the largest proportion of illicit drug crimes, according to the Australian Criminal Intelligence Commission.

Drug driving testing makes up a large portion of these offences.

“This has become a de facto means of drug testing all citizens, and they’re doing it through licensing,” said Mark Davis, Principal of Sydney City Crime.

“There’s no onus on the police to prove these people were affected by drugs in anyway, but you still have hundreds of people ending up with criminal convictions – even for trace elements in their system.”

“Regulating cannabis will give the government more control and increase government revenue, which can be used to fund drug prevention and treatment,” Dr Wodak said.

The Australian Federal Police declined to comment on the law-enforcement challenges of the proposal.