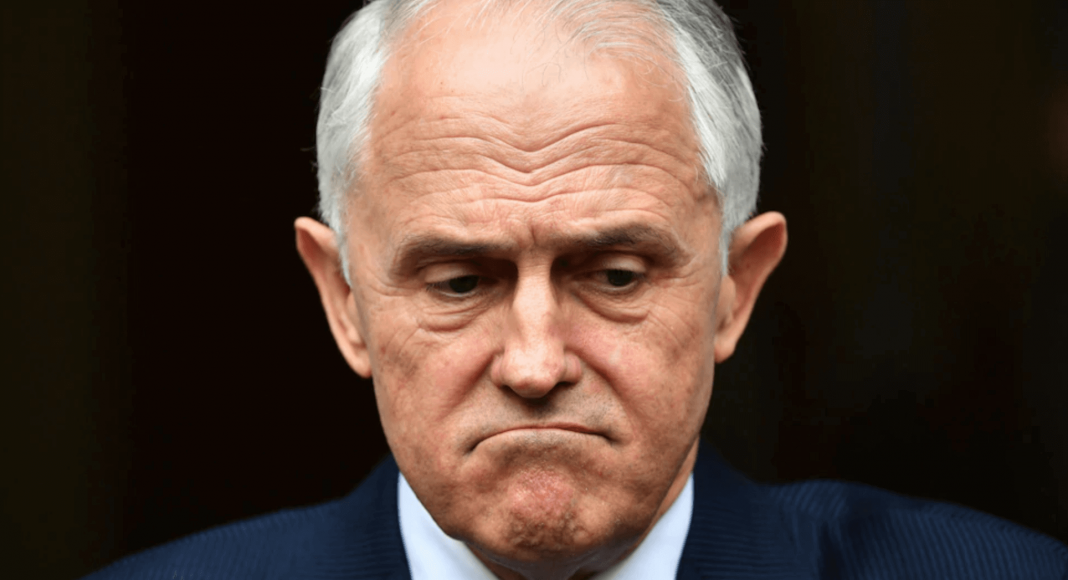 Turnbull’s Lack of Leadership Gets Him the Sack

Australians are generally pretty big fans of their sport. Whether it be the Grand Final, the Olympics, or the Rugby World Cup, millions of people sit glued to their TV sets. Entire industries are built around how people kick balls around on a brightly lit paddock.

Yet, in the 21st century, we may have achieved what was considered impossible just years ago. That is, we may have found a homegrown Australian sport that the general population isn’t enamoured with.

It is commonly known to us as the ‘Leadership Spill’. Traditionally hosted in the foothills of Canberra, the event has benefited from being televised across the nation, to the dismay of many regular, hardworking Australians.

Okay… so, this sort of framing is admittedly a little silly. Still, it’s hard to deny that parliamentary politics has become something of a spectacle, similarly to ‘the Rugby’ or ‘the Cricket’.

Out of this overblown spectacle, a new Prime Minister has emerged. The dust has well and truly settled, but unfortunately, we still don’t have a leader. We know that Turnbull was ousted from the Liberal party leadership, and has committed to quit parliament altogether. His replacement, Scott Morrison (or ‘ScoMo’, as some folks affectionately call him) will be PM when federal parliament resumes on the 10th of September. Which… I mean, great. I guess.

Turnbull’s prime ministership was in a terminal state of affairs by August of this year. He just couldn’t seem to deliver results when it came to the issues that mattered. He had serious trouble reconciling the interests of his party with that of the people – not to mention his own selfish interests. Overall, he displayed a distinct lack of leadership in his role as PM.

To be frank, Turnbull has always been something of a thorn in the Liberals’ side. Often perceived as an outsider, his propensity to push for *wet* (or slightly-less-conservative) policies annoyed a lot of *dry* (or hardline conservative) members of the party. This was clear in the last months of his leadership, where his attempts to hold onto power meant sudden adjustments in his policy position.

Turnbull shone in public appearances and spotlights; but behind the scenes, we find a character completely out of integrity. This is particularly true when it comes to cannabis. Turnbull has a history with the plant, in more ways than one.

In 2008, he made a quip on the ABC show “QandA” about having smoked weed in the past. Before Tony Jones could even ask him the question, Malcolm was exclaiming ‘Yes! Yes! Yes!’. Clearly a man who knows his audience of pot-smoking progressives; he was the first Australian political leader to open up about his experiences with the drug.

After a while, however, it’s clear that the situation isn’t so clear-cut. We now know that the Liberal party has misled people when it comes to the current legality of medicinal cannabis. While the legislation itself forms a workable legal framework, the regulations that implement the legislation do not.

The Office of Drug Control implemented new restrictions on medical cannabis with the Narcotic Drugs Regulations 2016. As a result, cannabis is regulated in a more stringent fashion than Tasmanian opium. Included in NDR2016 is the requirement that every plant be sold before it is planted. The contract for sale of that plant to the processor must in turn be matched by a contract of the processed cannabis to a drug manufacturer.

This is an unrealistic process for any commercial business, and it dissuades any market entrants from becoming legitimate traders. As such, cannabis entrepreneurs continue to face persecution from the ODC and law enforcement.

The Therapeutic Goods Administration also implemented medical cannabis at a patient level, simply by shoe-horning it into 2 existing schemes:

The Authorised Prescriber Scheme allows specialists to apply to become registered prescribers once they have demonstrated proficiency in the use of cannabis medicine (which is illegal until recently, so… how could they get that expertise?).

Once approved, the registered specialist needs to complete an application for each patient. The specialist must prove that medical cannabis will be effective, and that the patient has exhausted all other options. This effectively turns specialists into researchers. It also explains why it can take between 4 and 17 months to complete a single application. Only 60 patients have successfully completed the process.

The second scheme is the Special Access Scheme. This allows patients access to drugs that are not available within the normal system. It only allows access for patients who are about to die or who can prove they would die without it, and only as a short term solution. Once again, about 60 patients have been successful in applying for this scheme.

The people who really need this medicine are being forced back into illicit drug markets to access their treatments. This shows that Australian medicinal cannabis policy has ultimately failed to deliver upon its aims.

Meanwhile, Turnbull begins to publicly take the position that marijuana is a highly dangerous drug which ought to remain illegal (I wonder why…):

“Look, I’ve tried (marijuana) in the past, most people have, but it’s actually stronger now than ever. It’s not a harmless drug, it’s a very strong and dangerous drug and we don’t want people to engage in.

“It causes a lot of mental illness … and I think it should remain illegal.”

Turnbull wants you to think that he is concerned with the black market, along with the ‘dangerous’ impacts of unregulated cannabis oil. Still, it’s pretty clear that this new position is just a product of cunning political manoeuvring. He fell back on this issue to placate the conservative influences in his party, in order to maintain his grasp on the leadership – and he couldn’t even do that right.

Turnbull isn’t committed when it comes to the issue of cannabis. He is committed, above all, to his own personal acquisition of money and power.

Sick Australins not wanting to break the law

Put On Your Tin Foil Hats

It’s possible to read into this policy failure further. That is, we can consider these events in the context of the ex-PM’s vested interests in the Pharmaceutical industry.

That’s right: Malcolm Turnbull owns shares in pharmaceutical powerhouse Pfizer. Shock horror. It may not be a surprise to you that Pfizer holds a patent for synthetic cannabis.

Interestingly, Pfizer retailed marijuana and other cannabis based medicines prior to their prohibition in the 50s. It’s also not too controversial to say that large pharmaceutical corporations have thoroughly shaped public drug policy over the years.

Lucy Turnbull (Malcolm’s wife) is the chair of pharmaceutical company ‘Prima Biomed’. Prima operates in the space of immunotherapy. Their main product is CVac™, which is a method of modifying drugs to suit the metabolism of the user. CVac™ is similar to cannabis in some respects; for instance, both drugs can be finetuned to match the target patient’s individual system. ‘IMP731’ is another product of theirs, known to produce improved immune response and encourage anti-tumour activity – much like CBD in cannabis.

Both Malcolm and Lucy have a direct financial interest in the pharmaceutical industry. They only benefit from medical cannabis if it is marketed and sold to us by Pfizer.

This is not to suggest that the actions of the Turnbull Government were in fact influenced by their financial interests… after all, how are we to know what really went down?

Nevertheless, here’s a historical timeline, with some references for you to investigate further:

2008: Turnbull acknowledges that he has smoked cannabis in the past on QandA

2010: Lucy Turnbull appointed Chair of Prima Biomed (not listed on her Wikipedia page for some reason)

[3] news.com.au: Malcolm Turnbull on the NBN and Cannabis
https://www.news.com.au/finance/economy/federal-budget/newscomau-facebook-live-with-pm-malcolm-turnbull-discusses-beer-cannabis-and-the-nbns-troubles/news-story/f05cd045385275130ab6df7ec7528d7e