I recently saw the blaring, 90’s alternative-inspired rock band Violent Soho for the first time. I was lucky enough to catch them in a tightknit, intimate setting – while toking on a dab pen. In short, the experience was phenomenal, raw, and sweaty. It was also so damn good, I felt compelled to sit down and share my experience that night with the world.

A Celebration of the Local Music Scene

It may go without saying for some people, who have their finger on the collective cultural pulse in Brisbane, Australia – but if you’re unaware, it’s important to note that this wasn’t just another gig at The Zoo – which has one of Brisbane’s longest and most celebrated legacies as an independent music venue.

That night, Violent Soho rocked the house, and called it band practice. They had the crowd eating into their hands, playing tracks from across their discography, going back to the mid 2000’s. The band was quick to shout out the Brizzy music culture in their set, as one of the liveliest in the entire country. They may be biased, but in a way, it’s true – Soho have among the most dedicated fanbases of any band. As Mansfield boys, Brisbane is undeniably their home turf. Historically, the band has sold out large venues including the Brisbane Riverstage (with a maximum capacity of 9500), in little-to-no time at all.

Which is why the tickets to the show at the Zoo, with a mere capacity of 500 people, were ONLY available in-store for punters who turned up to Rockinghorse Records on Tuesday 11th February, 8am – at a bargain price of $15 a pop.

Stakes were high. The most dedicated Soho fanatics lined up for an increasingly-rare chance to see the band play live. Many, many people were camping outside Rockinghorse in the wee hours of the morning, vying for tickets to this exclusive gig…

Serendipitously ‘Showing Up’ to a Soho Gig

I have to admit, though; I was one of the scuuuum that didn’t do that. Yes, that means I’m not a loyal Soho fan, and probably ruined the ‘vibe’ of an otherwise hardcore-stans-only show. Even though, I must say… I did get into it.

Recommended For You
Final Thoughts on the Australian Cannabis Summit

As far as the story goes… I wasn’t going to turn up at all, as I presumed I didn’t have an access to tickets; after all, I didn’t turn up to Rockinghorse that morning.

It was only until Josip from the FAB team graciously provided me with the contact of someone he found on Reddit. They lived on the Southside, and could sell me a ticket at cost price. With that, I set off in my car, and by around 5:30pm I had picked up my key to entry. Returning home successful, I thanked Josip – and the mysterious woman who gave me the single ticket – profusely. I was pretty stoked!

Recommended For You
An Interview With Pete Evans

Arriving at the Zoo late thanks to some prior commitments  was part of my plan – but a foolish reliance on the train network, which was scheduled for maintenance that night, meant I was even later than expected. I took the bus in, and arrived in the Valley by around 10:00pm.

Ah, shit! Will you look at that! By the time I arrived, I had missed the leading acts – by a long shot!

Presenting my ticket and ID, I get a stamp on my hand that rubs off immediately. I made it, finally. Josip assured me that I really did miss out. By the time I had arrived, we had entered another intermission. Rage Against the Machine was playing through the speakers, loud.

And then, it happened; Josip offered me his dab pen. I take the contraption, hold down the button, and inhale deeply. Within seconds, my mental and emotional state elevates, and I transition into another world. I couldn’t help but praise him for bringing it along to the concert. Yes, you intelligent, beautiful bastard! You good thing!

This totally beats trying to avoid security with a joint or pipe, especially in the Valley, of all places! Heck, it’s much more discreet and portable than even a dry herb vaporiser!

After mere minutes, I was flying high; and the show had only just started. This was bloody brilliant!

‘The Zoo’ Was a Pit of Sweat

The evening after Valentines Day 2020 just happened to be one of the most hellishly humid Brisbane nights in recent memory. It was pretty bad, outside; but inside of the Zoo, one of the most notoriously stuffy venues in the city… it was much, much worse.

Entering the building, you could feel the moisture attach to your skin. There was no escape from practically smelling and tasting the wet in the air. There were so many sweaty human bodies, all emanating with a heat that scorched the skin. Not even being ridiculously stoned could save us.

Multiple fans (no, not that kind) were cast in the uninsulated ceiling, blasting down at maximum upon the crowd. Unfortunately, they made a pitiful difference to how fucking hot, warm, wet and stale the air in the room was, that night.

By the time Soho was ready to take the stage, the floor was sept with several centimetres of what I am *hoping* was sweat, alcohol, and water – but considering the hygiene of the toilets that night, I wouldn’t be surprised if there was a little bit of piss in the mix. Ultimately, who knows; these are the questions left for some omniscient Deity to answer.

After bouncing around in the mosh for the first few songs, Josip and I were f*cking exhausted. We decided to step back, take a break, drink some water, and exit ‘The Zoo’ for five minutes. Taking another toke of the dab pen, I could feel my rapidly-beating heart slowing down its pace. We’re sitting out on Ann Street. Nobody bats an eye; and if we’re feeling imaginative, we can practically pretend we are living post-prohibition.

Recommended For You
'Yocan Regen Advanced Concentrate Vaporizer': A Review

Returning upstairs, the atmosphere, tangible and inescapable, engulfed us. The Soho boys still had the other half of their set to play. We were both in for a real treat.

“This is Band Practice”

The band ran through some very solid renditions of fan favourites from Hungry Ghost and WACO, in what felt like a loose improvisational setlist. By the end of the night, Soho had spurred the energy of the room into a manic frenzy – yet, the band seemed equally relaxed onstage. The cool, calm and collected approach of the band may have assisted them when it came time to bang out new material from their upcoming album, Everything Is AOK – which went over very nicely.

This was the first time I caught Violent Soho live, and their performance definitely left an impression on me. I could sense the passion these boys had for music, which they performed remarkably well. A significant portion of Soho’s discography stays true to a nostalgic 90’s quality and essence; yet, they’re managing to find new ways to employ these bread-and-butter musical tropes upon a 21st Century Australian context.

Recommended For You
Watch: 'Almanac' Episode 1 - Things You Need

They did it successfully, that night. They smashed the songs from Hungry Ghost out of the god-damned park… keep in mind, though; that is my favourite project of theirs… so you may want to take that with a pinch of salt.

The Benefits of Dab Pens at Concerts

I think I will leave you with some potentially nutritious food for thought… for a moment, just consider the myriad ways in which these nifty cannabis concentrate pens could enhance your already sublime live music experiences. If you’re a regular concert-goer, I reckon it really is worth pondering – especially when you compare the price of alcohol in most establishments to a solid investment in a pen and some cartridges. 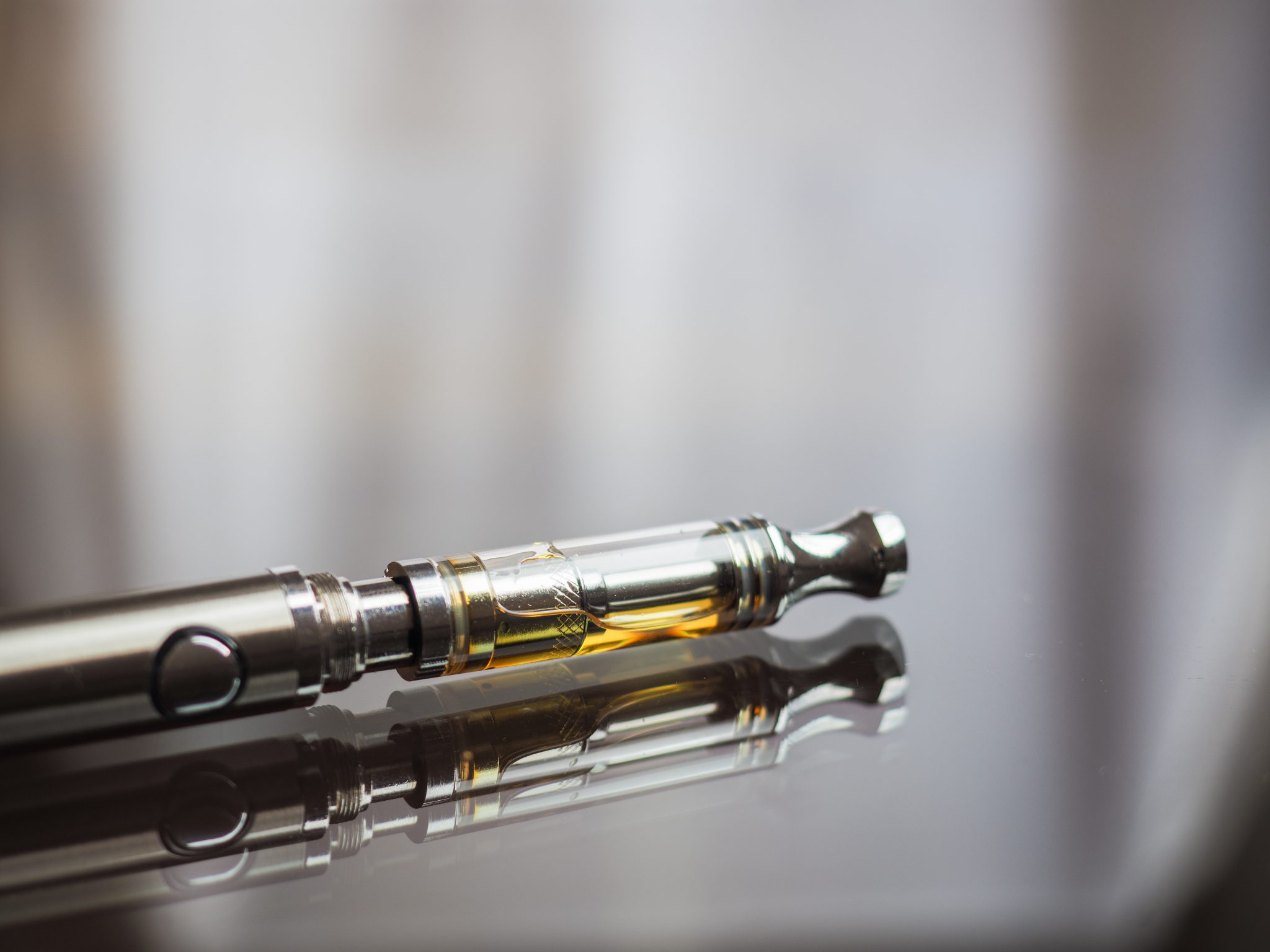 For me, it just makes sense; when I’m out and about, other options are hardly ever worth the risk. You are taking a bit of a gamble with most other methods of cannabis administration… but in the case of concentrates, it’s VERY unlikely that security guards or police will stop you to seize one of these things. Especially because it’s so easy to keep to yourself. They’re quiet, small enough to fit in your pocket, look like pens, and hardly leave a trace of a smell.

Yep – for the most stress-free way to consume cannabis in public – especially at indoor venues – it’s gotta be the canna vaporisers that take juice. Though they aren’t nearly as commonplace as your dry herb vaporisers, they’re still out there, and are quite popular in certain circles. Dab pens draw demand in Australian black markets, because concentrates are very much in a league of their own. We are gradually catching up to the realisations that many across the globe have already made.

Recommended For You
Introducing the 'Friendly Aussie Podcast'!

This was a transcendental experience, with a fantastic, skilled set of musicians playing onstage… and I was never harassed by anyone in any position of authority. Thumbs up from me, lad.

[…] only exist in the form of one of those awesome oil cartridge vaporisers – otherwise known as dab pens – which are an amazing way of enjoying cannabis. Unfortunately, these carts are still […]

Recommended For You
10 Reasons to Ditch the Bong and Start Vaping
wpDiscuz
0
0
Would love your thoughts, please comment.x
()
x
| Reply
MORE STORIES

‘Sex On The Grass’: Cannabis and Making Love