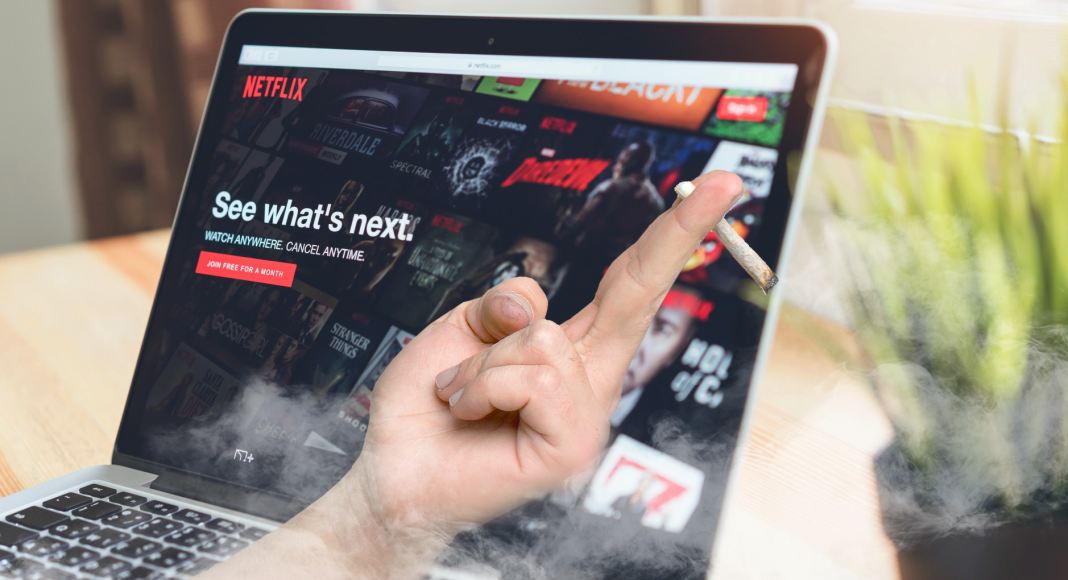 Top 10 Stoner Movies on Netflix to Watch During Lockdown

In our bustling, hyper-modern, technologically-mediated world, we all secretly crave some quality alone time. Generally speaking, we’re never getting as much as we like; thanks to our workloads, deadlines, and so on.

However, the COVID-19 outbreak this year has brought about a new normal. With people staying at home more than ever, we all have more free time than we know what to do with. The whole world has slowed down; meaning, a lot of us have endless time to ‘chill’ under lockdown.

If you are lucky enough to be non-essential, have a roof over your head, and possess a Netflix Subscription, you’re in a section of the population that can defeat a global pandemic by watching stoner flicks in front of the television at home, while smoking doobies. Take this once-in-a-lifetime opportunity to binge-watch some trailblazing content.

Want to add a therapeutic element to this experience?
Visit your one-stop shop for CBD buds and flowers! 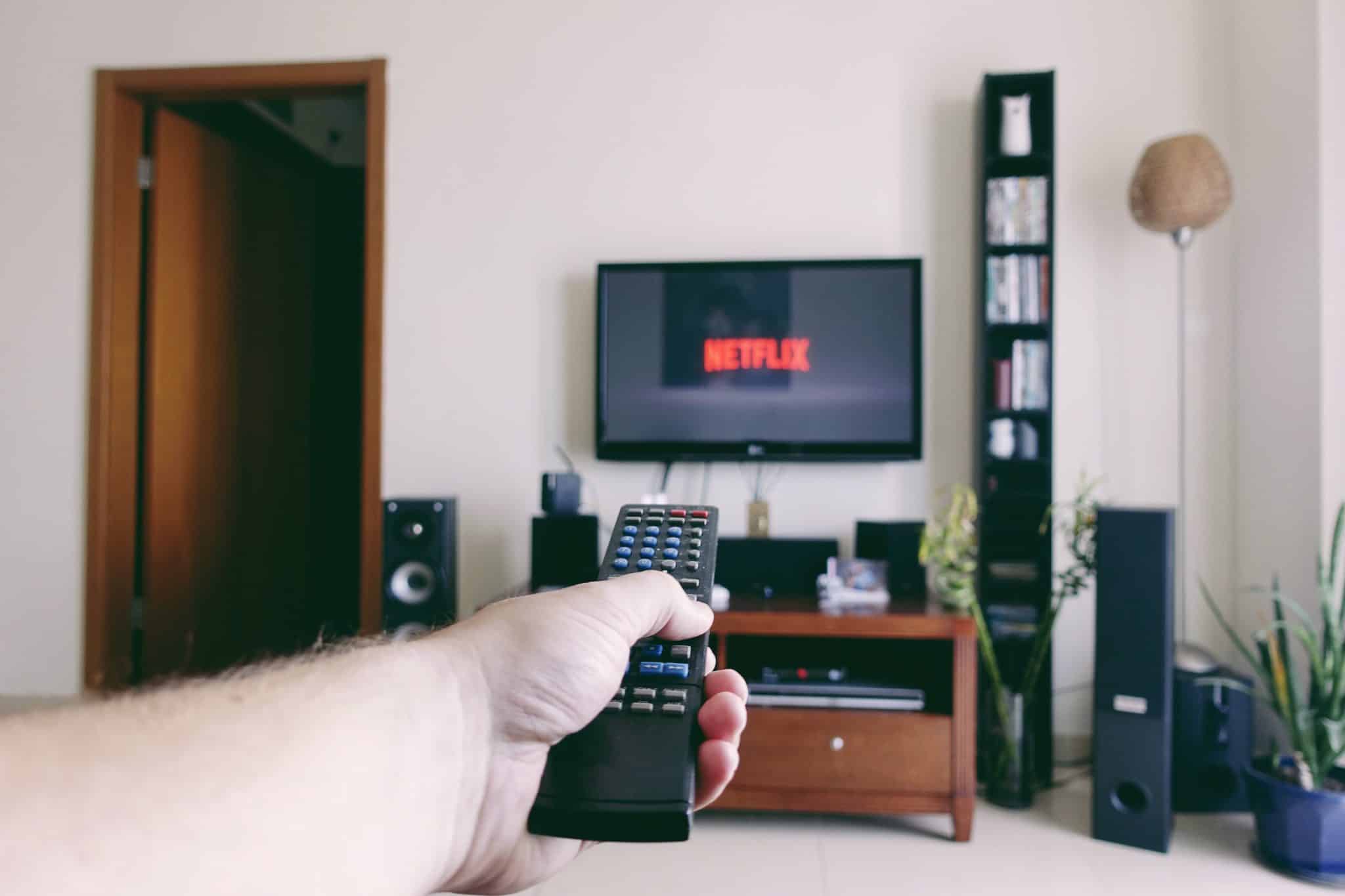 Once you have your supplement(s) and your Netflix subscription sorted, we can ‘get rolling’! 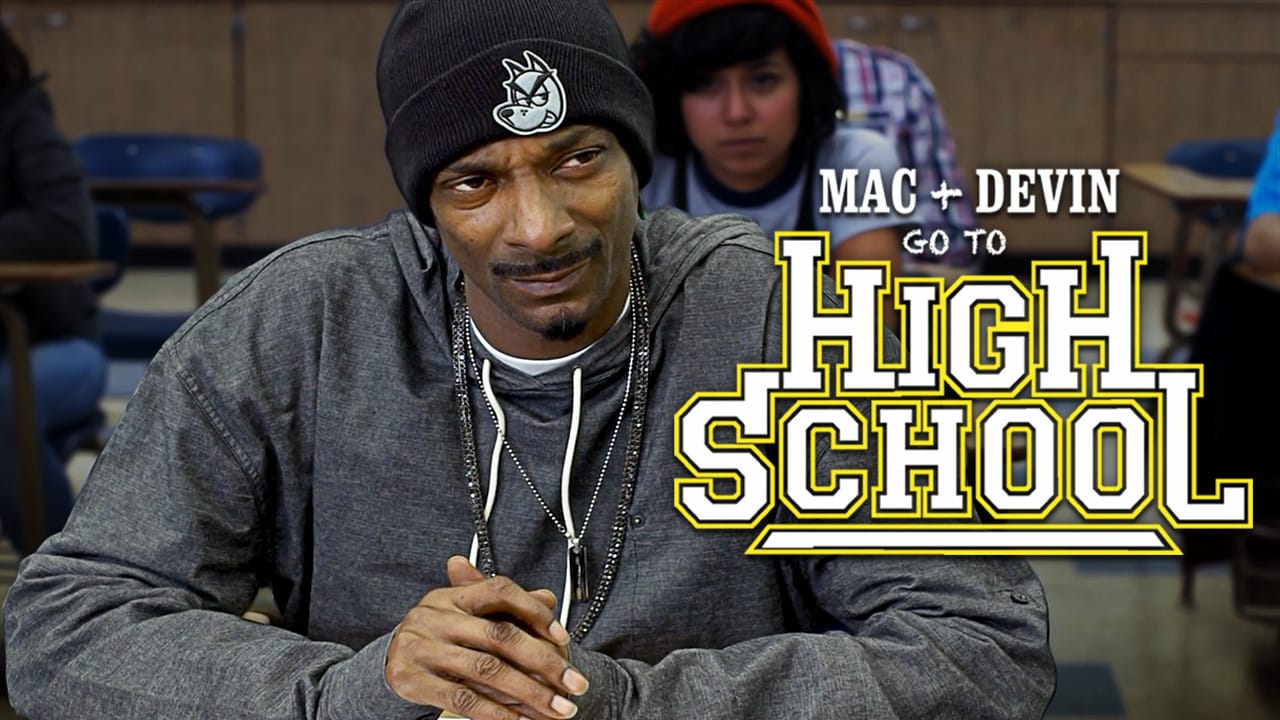 The film, directed by Dylan Brown, has been praised for its outstanding cinematography — particularly for a film of its genre. In Mac & Devin Go to High School, Devin (played by Wiz), the smart kid, helps Mac, a long-term student, (performed by Snoop Dogg) finally graduate from high school.

Mac is a local weed dealer; whereas Devin, after graduation, is shooting for a scholarship to Yale. A good portion of the film revolves around the consumption of marijuana! We definitely recommend this one. 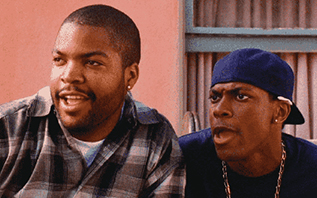 A classic of film, starring Ice Cube and Chris Tucker.

The plot is simple. Two homies, Smokey and Craig Jones, whittle away a dope dealer’s weed, while trying to figure out a way to get the two hundred dollars they owe to the dealer by 10 p.m. that same night.

This is a must watch; regardless of whether you’re a stoner or not. The writing, acting and overall presentation of this film stands purely on its own merits. It’s also on Netflix, so you have no excuse. Do itttttt. 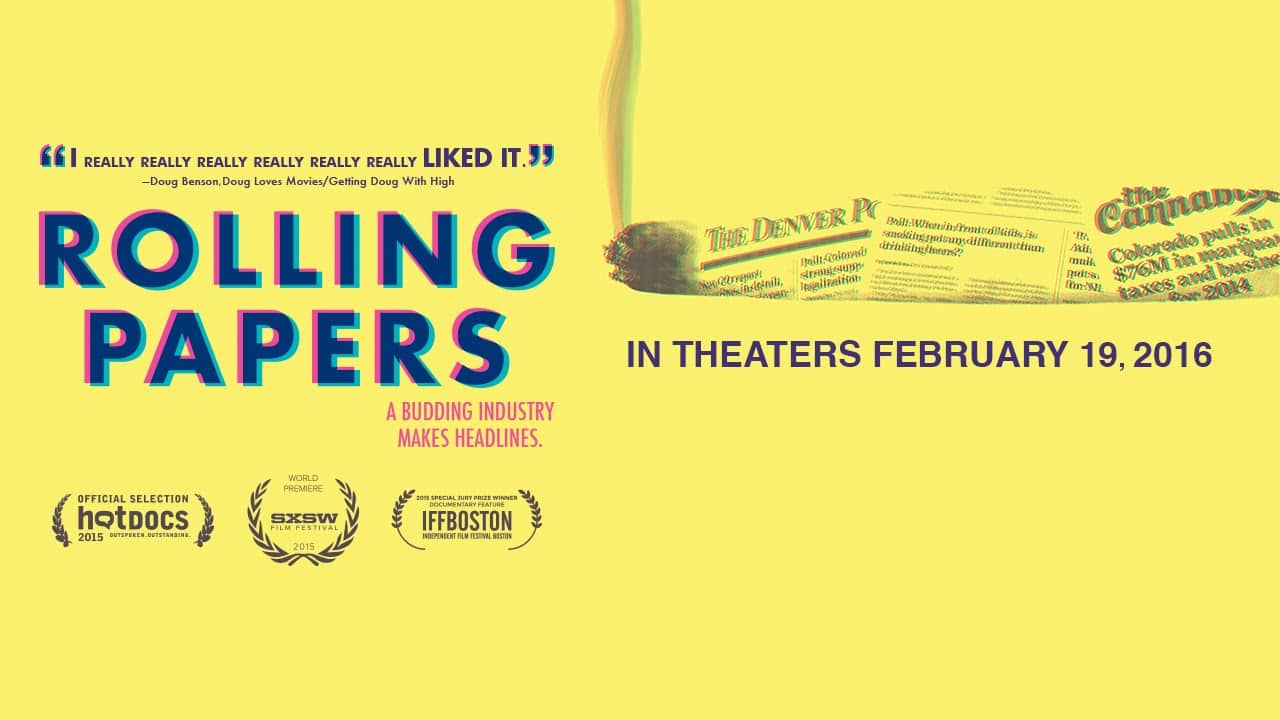 Rolling Papers is a marijuana documentary on Netflix — a “provocative and investigative” work, according to the streaming service.

The film explores the dynamics that happen when the weed and journalism industry come together. It follows ‘The Denver Post‘, which recognises legal cannabis as an opportunity for their publication. Ricardo Baca, a journalist of The Post, becomes a marijuana critic, and begins ‘The Cannabist’ column.

The US state of Colorado was the first place in the world to legalise cannabis on a broad scale. Smoking weed is considered equivalent to consuming alcohol, there.

This decorated ‘stoner’ flick — directed by Mitch Dickman — reflects on life, the universe and everything… all while maintaining a central focus on the cannabis plant. 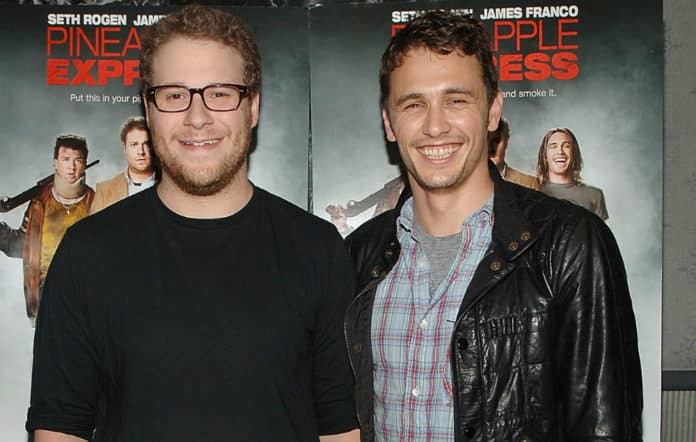 The archetypical stoner film; but that doesn’t necessarily mean that you won’t be impressed.

Dale (Seth Rogan) is a pot-smoking process server. Saul (James Franco) is his drug dealer. Both must run for their lives, after Dale drops his ‘stash’ at a spot where they witnessed a corrupt cop and a drug lord murder an Asian man.

According to Manhola Dargis from the NYTimes, ‘“Pineapple Express” is a stoner comedy that partakes of a gentle indie vibe, before hitting the hard stuff.’ Which we think is a pretty apt description. The film is a standout of the entire genre, which breaks into themes that extend far beyond just cannabis. 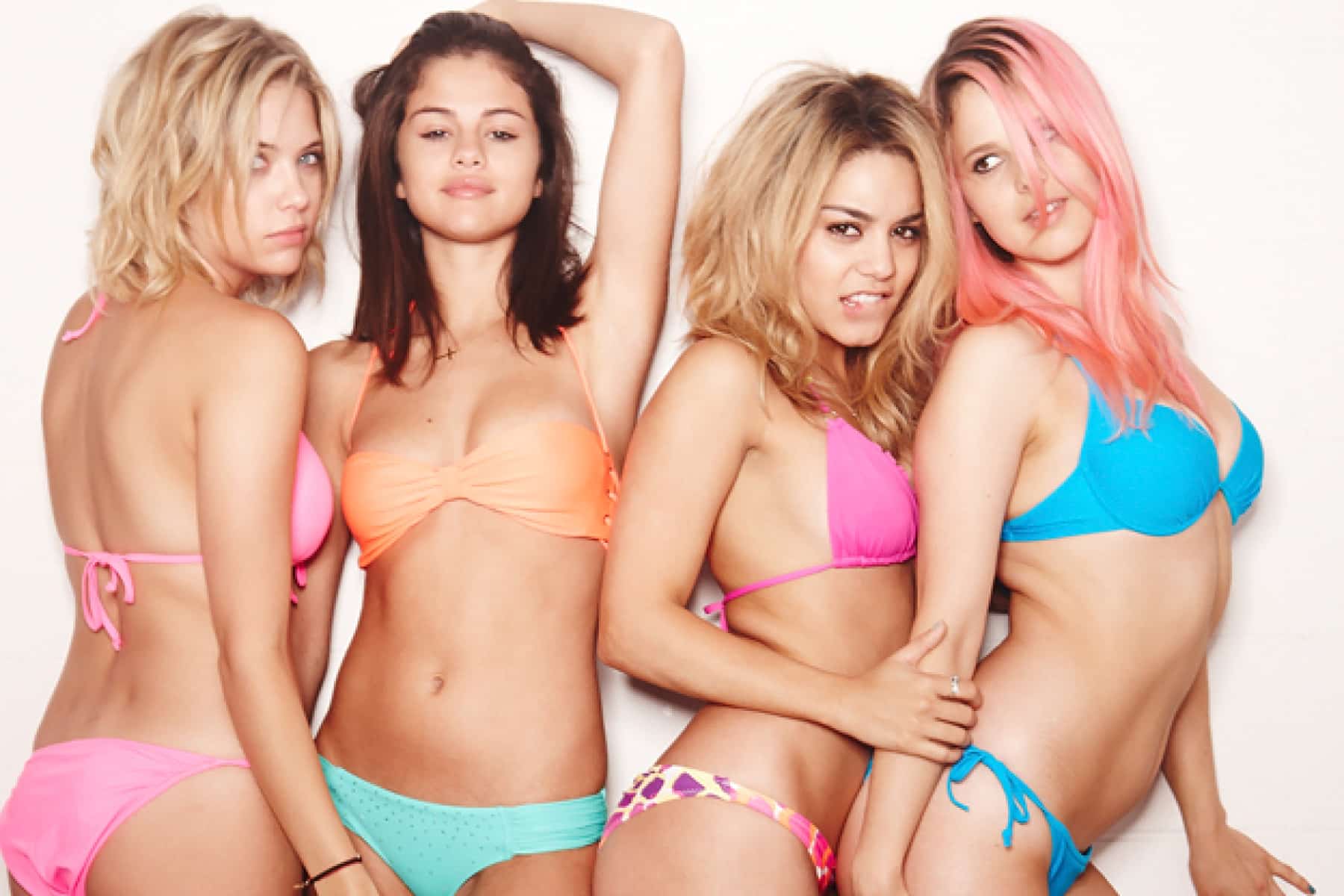 College students Candy (Vanessa Hudgens), Faith (Selena Gomez), Brit (Ashley Benson) and Cotty (Rachel Korine) are short of the cash they need for a spring-break trip… so, they rob a diner and head down to Florida.

However, the police soon break up the party and arrest them. The curvaceous quartet are then unexpectedly bailed out by drug dealer and aspiring rap artist, Alien (James Franco).

I know, I know. It is a dude writing his wet dream. Still entertaining, though; three of the four gal pals actually end up joining Alien in an underground life of crime. 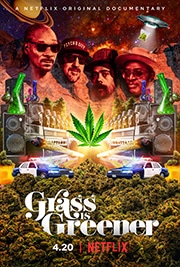 ‘Grass is Greener’ is a Netflix documentary, directed by Fab 5 Freddy. The film is a very recent addition to the ‘stoner’ genre on the platform. It rates a 7.1/10 on IMDb, and 100% on Rotten Tomatoes.

Its whole runtime is dedicated to cannabis; it’s a show about the history, culture and influence of weed in the United States, which extends to many areas of everyday life.

It’s not all positive, of course. The documentary isn’t afraid to shed light on the the criminalisation of cannabis, the stigma associated with the plant, and the ambiguous legal relationship it has across the world.

All of these aspects of cannabis culture are expertly presented by Snoop Dogg himself, Cypress Hill’s B-Real, and Damian Marley. Just know that you’re in the right hands.

If you’re new to this stuff and want a taste of what cannabis is all about, ‘Grass is Greener’ does a fantastic job of realistically portraying the weed scene in America. It clearly defines its impact on a diverse range of communities. It debunks a lot of myths and propaganda associated with the plant.

This film is an important piece, for those who are still unsure whether they should support cannabis legalisation. 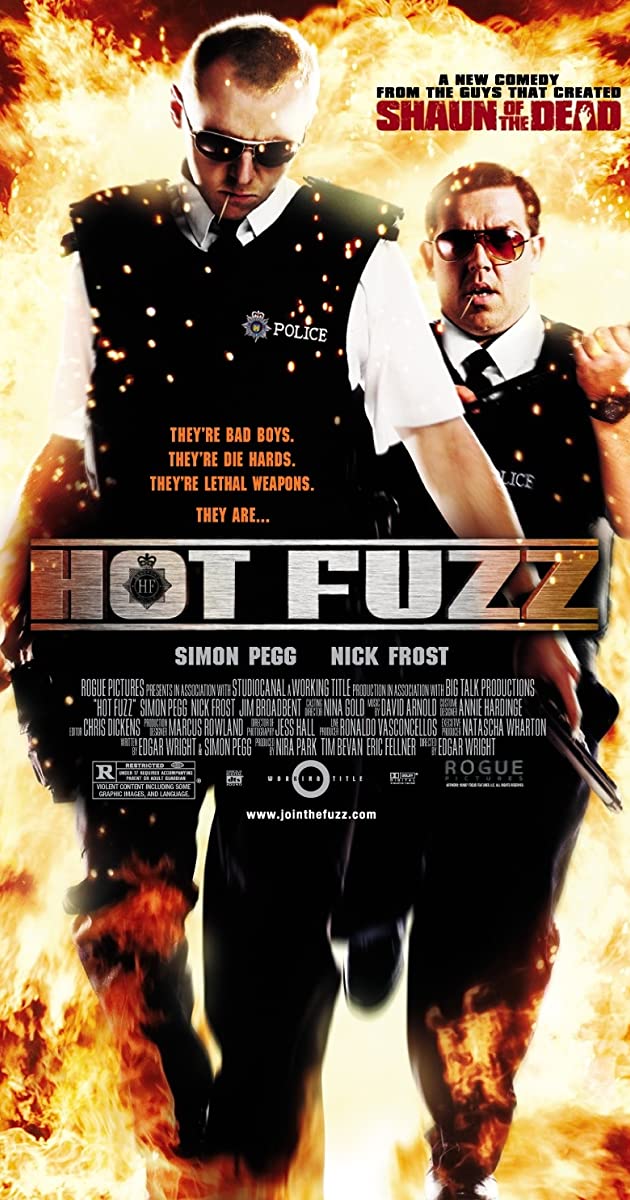 Police officer Nicholas Angel (Simon Pegg) is known to be the one of the best across London City. His seniors, who are jealous of his achievements, transfer him to a remote village, where he encounters the quaint, slow-paced lifestyle of rural liv— oh, wait, no… that isn’t exactly what happens.

What Angel really encounters in the small town of Sandford is a conspiracy.

Why does this make our ‘Top 10 Stoner Flicks’? Come on — you can’t deny the duo of Nick Frost and Simon Pegg. You ESPECIALLY cannot deny them when you’re high as fuck. Everything they do is hilarious.

Directed by the talented Edgar Wright, ‘Hot Fuzz’ is sure to leave you saying, over and over: shit just got real. 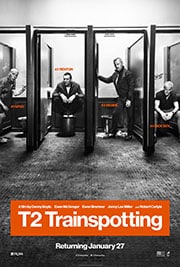 The Trainspotting series is a standout in British cinema; exploring the twisted underbelly of underclass Scottish existence.

Trainspotting (1996) is certainly worth a watch, before the second one… however, if you go to find the original Trainspotting on Netflix… you will be severely disappointed. This is why we’re recommending Trainspotting 2. (Damn you, Stan!)

The series revolves around Mark Renton (played by Danny Boyle, who also directs), a heroin addict who spends his days paying for his addiction. He and his friends are what many people would call losers… has that changed, a couple of decades later? 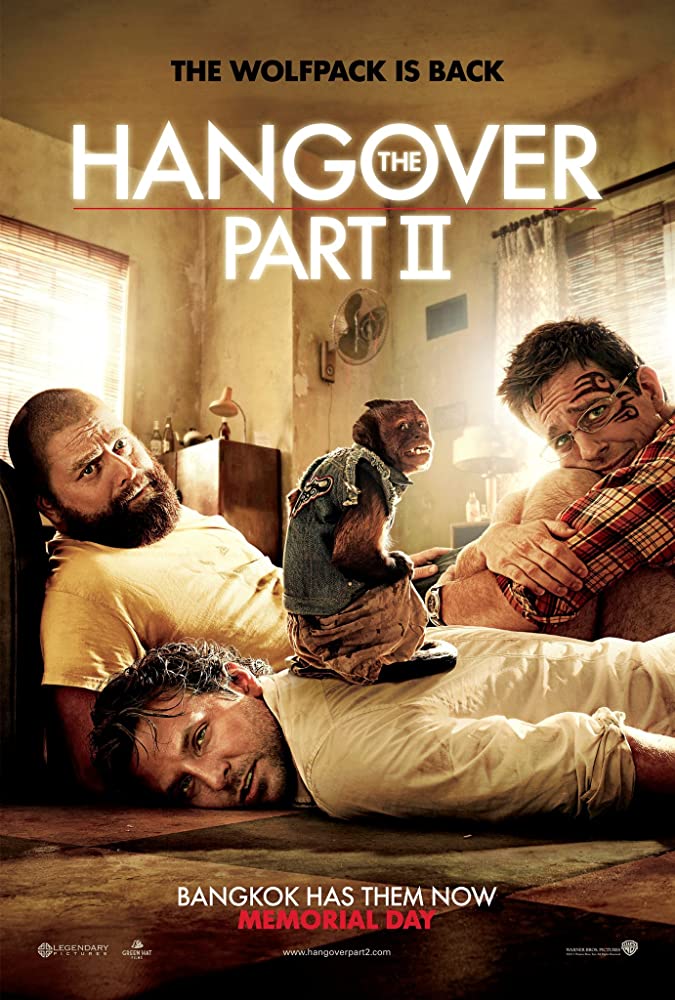 ‘The Hangover’ is one of the best movies to watch with your buddies over a smoke sesh. There’s just one problem, though… our region-locked Australian Netflix doesn’t even have the first Hangover movie.

Which is sad; it’s undeniably the best movie of the entire trilogy. If you haven’t yet watched the first — a classic in American comedy — do yourself a favour and get into it, before you watch the second one on Netflix!

The trilogy, directed by Todd Phillips, stands as a must-watch. Bradley Cooper, Zach Galifianakis, and Ed Helms all put on fantastic performances as the ‘Wolfpack’; who, despite their good intentions, always seem to be making the life of their friend Doug Billings a difficult one. 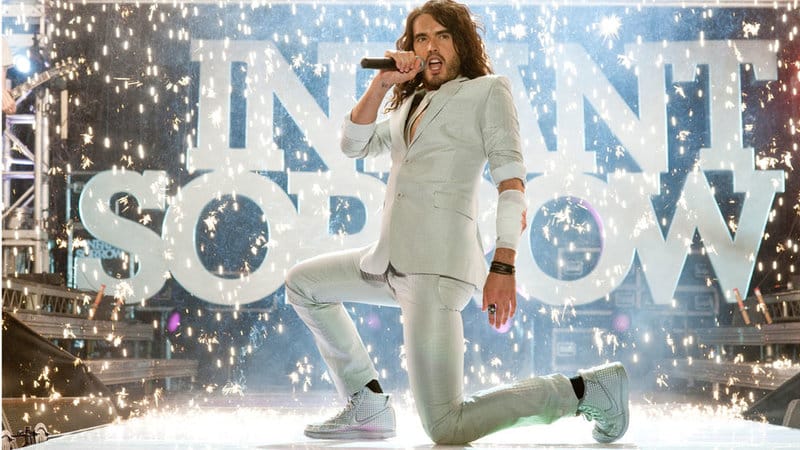 Should be easy, right? Well, perhaps you underestimated the drug problems of rockstars.

We included this one because of the strange invention known as the ‘Jeffrey’, which appears in the movie. You’ll have to watch it yourself to find out what it all means…

Well, that was that. We just handpicked ten ‘stoner movies’ for you to watch on Netflix. These picks are sure to keep you entertained for a few days during the lockdown; especially if you’ve never seen them, before. While they all share some key similarities, we can safely say that each flick listed here is a unique experience. 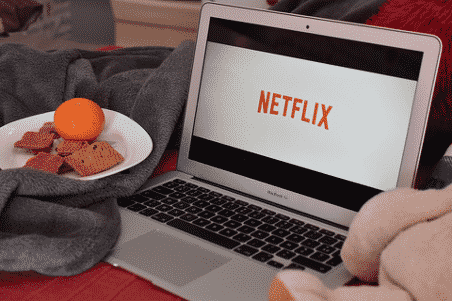 What are you waiting for? Get yourself a Netflix subscription (if you don’t have one already), and start right away! Happy watching!

An Interview With Pete Evans