Well… a terpene is a naturally occurring hydrocarbon, based on combinations of the isoprene unit – produced by myriad plants, including cannabis.

Terpenoids are compounds related to terpenes – these two terms are often used interchangeably. Over 20 000 terpenoid compounds have been found throughout the plant kingdom thus far. Only around 200 have been identified in cannabis.

Terpenoids are primarily responsible for the distinct aroma and flavour of your bud – whatever terpenoid/s predominate within the organism determine the smell and taste of the produce, which is reminiscent of other plant organisms due to its genetic lineage. In addition, terpenoids have their own unique therapeutic effects.

The following are the most commonly occurring terpenoids found in cannabis strains:

Myrcene:
Also found in hops
Flavours: acid, citrus, clove, fruity
Therapeutic Effects: anti-inflammatory, sedative, analgesic
FUN FACT: Hops and cannabis are both members of the same Cannabaceae plant family. (Unfortunately, hops do not contain any THC; however, they do possess similar terpenoids, which accounts for the similar flavour profiles found within cannabis and craft/IPA beers).

Recommended For You
The Dangers of Reclaim 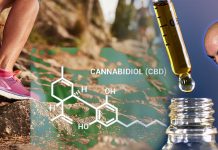 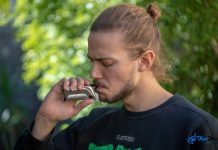 10 Reasons to Ditch the Bong and Start Vaping

5 Reasons Why Vaping is Better For You - Friendly Aussie Buds

[…] plant matter to worry about. A vaporiser can really help you appreciate the myriad phenotypes and terpenoids that help characterise your plant. Thanks to the aid of new technology, nuances of the plant have […]

5 Reasons Why Vaping is Better for Your Longterm Wellbeing

What’s the Deal With Phenotypes?