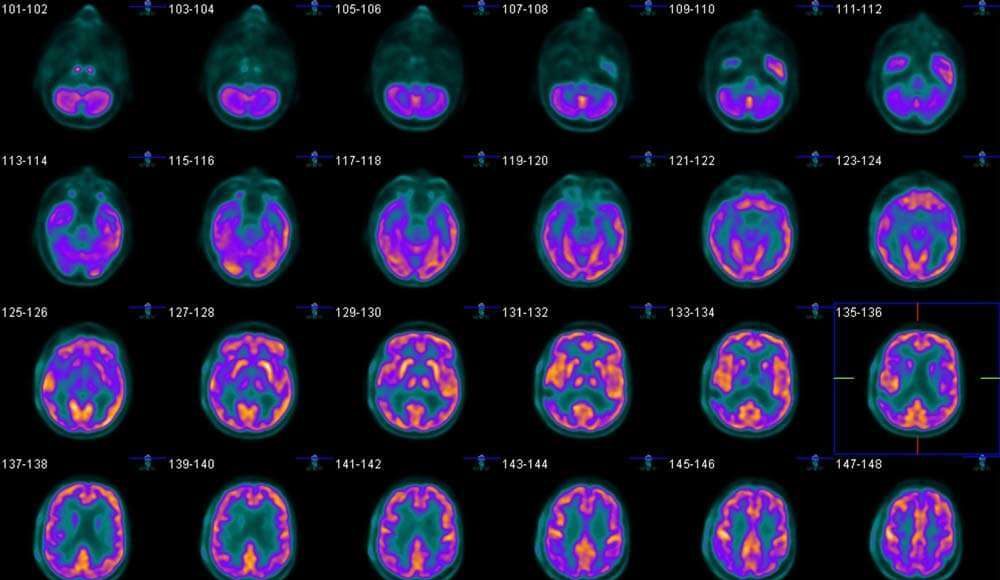 Stoners across the world derive an intense pleasure from consuming cannabis in all its forms. That much cannot be denied. Dig deeper, however, and there are many cannabis smokers that experience a host of issues which unfortunately come to develop alongside their relationship with the plant. These can range from personal dilemmas, such as addiction, to complex social issues stemming from archaic, corrupt policymaking, like in the incarceration of non-violent drug offenders. This article will explore some of the most commonly insidious issues experienced by regular cannabis users.

At the best of times, cannabis can be a wonderfully stimulating and psychedelic substance. It is well known to spur new creative pathways and associations that light us up as people, providing us access to places in our minds we had no idea about before. 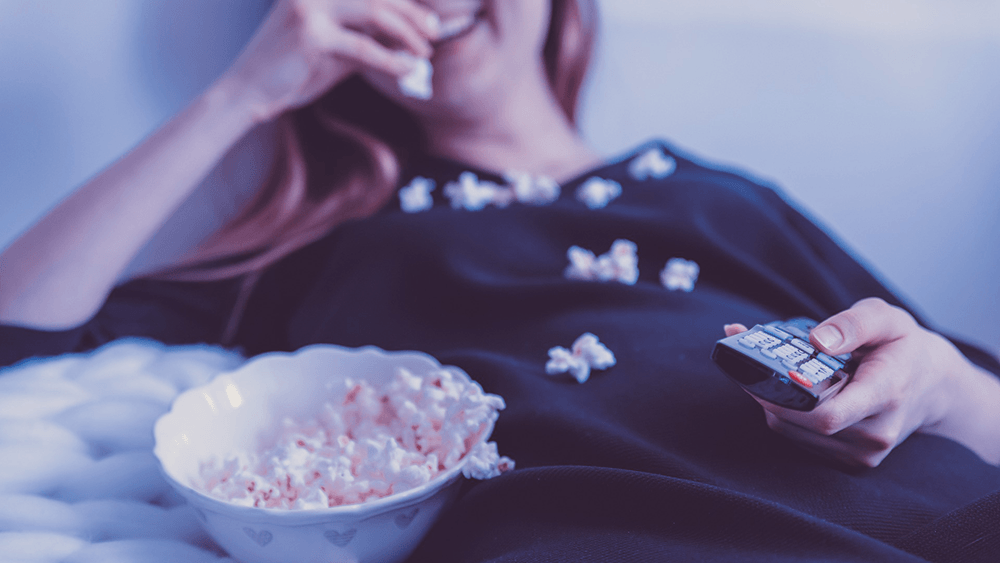 Inversely, weed notoriously has the effect of sapping your energy, as you merge with the couch. This effect can seep into the rest of your life, as you traverse the world in a faded, hungover state. It is a fine balance, and one which can be carefully and intentionally tread by gaining an understanding of the strains you are smoking on. However, if you’re finding that you pass out more often than not, and that you struggle to go out and complete basic tasks, maybe just try pacing yourself a little more…

You know… THAT guy. The one connected to that bikie gang, who also never responds to your messages. The dude always handing out PGR. Always 30 minutes late in meeting where you agreed upon, always charging exorbitant prices for mid-range dank… and always paranoid.

Recommended For You
'Let's Just Chill and S̶m̶o̶k̶e̶ Vape Some Bud': Consumption Habits Are Shifting Among Smokers 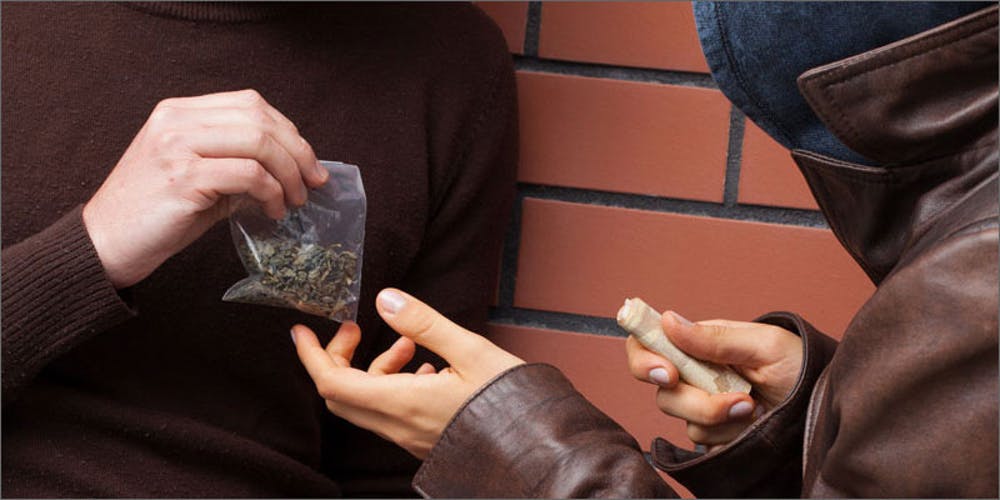 There is simply no shortage of shifty dealers out there on the black market. At best, they are apathetic and lazy; at worst, they will endeavour to fuck you over. Be careful out there, and try to deal within close, trustworthy networks of people.

The effect that cannabis use can have on one’s social standing may not at first be obvious – but the pressure to conform is profound in places where its usage has yet to be normalised. Being openly public about your history with recreational drugs can create judgements in others that cause far-reaching impacts for yourself; potentially preventing you from getting that promotion, or otherwise moving up in the social game. In this sense, cannabis users are encouraged to keep their habit to themselves (or at least within their own communities), or else face social ostracisation.

Recommended For You
The Top 8 Vaporisers to Convert Even the Biggest Bong Head!

The one problem you do not want to encounter as a stoner. A nightmare. You are out of weed.

This may be due to the fact that you have little to no money to restock, thanks to spending it all on weed… Or maybe your supplier failed. The point is, you smoked it all, and now you feel terrible. The lack is tangible. You cannot stop thinking about it. You, my friend, are dope fiending.

But, wait a minute. Why is this a problem? I thought weed wasn’t supposed to be addictive?

Well, people who develop a daily dependence to the plant can experience mild physical and psychological withdrawals when their access is taken away – particularly if they use cannabis as a coping mechanism, or a way to attenuate emotional trauma. Seeing as everyone possesses a unique biochemical composition, withdrawal is not experienced uniformly. In saying that, commonly reported withdrawal symptoms include restlessness, insomnia, a scattered headspace, fatigue, irritability, a diminished appetite, anxiety, depression, sweating, stomach discomfort, tremors, fevers, chills, and headaches.

Recommended For You
An Ode to Australian Bush

Often, cannabis withdrawals occur to people as slight psychological and emotional discomfort, along with a few sweaty nights. Nothing major – it’s mostly a matter of mind.

All of us who regularly smoke herb have been there. Cannabis modulates the emotional processing in your brain – and your use tends to fluctuate over time, perhaps by taking a tolerance break, or ending up broke. In any case, the cool, calm and collected vibe you had going with the ganja has the potential to become an anxious, restless, paranoid hole without it. As you sober up, the harsh realities of the world hit you all at once; and all of the sudden, you feel like rolling another spliff.

This vicious cycle of muting emotions with cannabis, whilst pleasurable at first, can evolve into a highly destructive spiral. Regardless of what you do to self-medicate, those emotions demand to be processed by you, eventually – so, keep that in mind.

This is a very common problem, and a real giveaway. Stoners may attract each other due to the lingering aroma that surrounds them, but pot does not appeal to everyone. Some really don’t appreciate it – and often those people are in positions of power. As a result, the lingering evidence can be a source of vulnerability, duplicity, guilt and shame.

Some contexts are simply a no go for these kinds of scents. Your little cousin’s birthday party, for instance. Or, on your clothes as you walk into class. Or your room, when your parents are liable to walk in on you. In short, there are many situations where you just want to avoid people from smelling anything dank on or near you. That urge to avoid can create social isolation – so again, be mindful with how cannabis can impact your social relationships over the long term.

This may be as simple as getting caught in the act by your parents… or other authority figures, like your educators, or perhaps even the cops. In any case, cannabis is still mostly illegal and frowned upon throughout the world. The impact of being caught with cannabis in certain contexts can alter the trajectory of an entire lifetime. For instance, being behind bars can stain one’s social reputation, forming myriad challenges in developing a better life for oneself.

Moreover, the fear of getting busted can lead us to do very silly and stupid things. Engaging in paranoid thoughts, hiding in alleyways and other unsavoury places, constantly saying one thing and then doing another. Retreating from people who don’t get high. It’s all quite questionable, when you think about it.

Weed is great for a lot of things. Certainly, it finds itself into a variety of contexts in my own life. Recently, however, I’ve been redefining my relationship with cannabis, so that I may come to live a healthier and happier life.

Sometimes, before we pack the next cone, we ought to ask ourselves: does this substance I am indulging in actually serve me and my life at this moment? Would it really be better with one more hit?

Or perhaps… vaping is an option instead?

kevin joseph
Recommended For You
The FAB Nutrients Guide: Nutrition For Your Plants

It's Time to Decriminalise Cannabis Across the Sunshine State! https://www.instagram.com/tv/CDa-h01Jmu-/?igshid=vrze776yb4dz&fbclid=IwAR3T2PWAzi86KnL5EIGqcSoOoJRxA5W4yzgTG9La_EqX1Vo8PT1xqgv5oLA Finn Armstrong-Schmakeit is...
Read more

In the past decade or so, our pale blue dot has seen several new legal developments concerning the production...
Read more

It's Time to Decriminalise Cannabis Across the Sunshine State! https://www.instagram.com/tv/CDa-h01Jmu-/?igshid=vrze776yb4dz&fbclid=IwAR3T2PWAzi86KnL5EIGqcSoOoJRxA5W4yzgTG9La_EqX1Vo8PT1xqgv5oLA Finn Armstrong-Schmakeit is a young man running for state parliament in Queensland. He...
Read more

Reviewing Home-Grown Hemp Hair Products https://youtu.be/gszYwG_cL2Q We met Alexander from the Global Hemp Movement when he travelled to our studio to...
Read more

Holidaying in the Home of Moroccan Hash