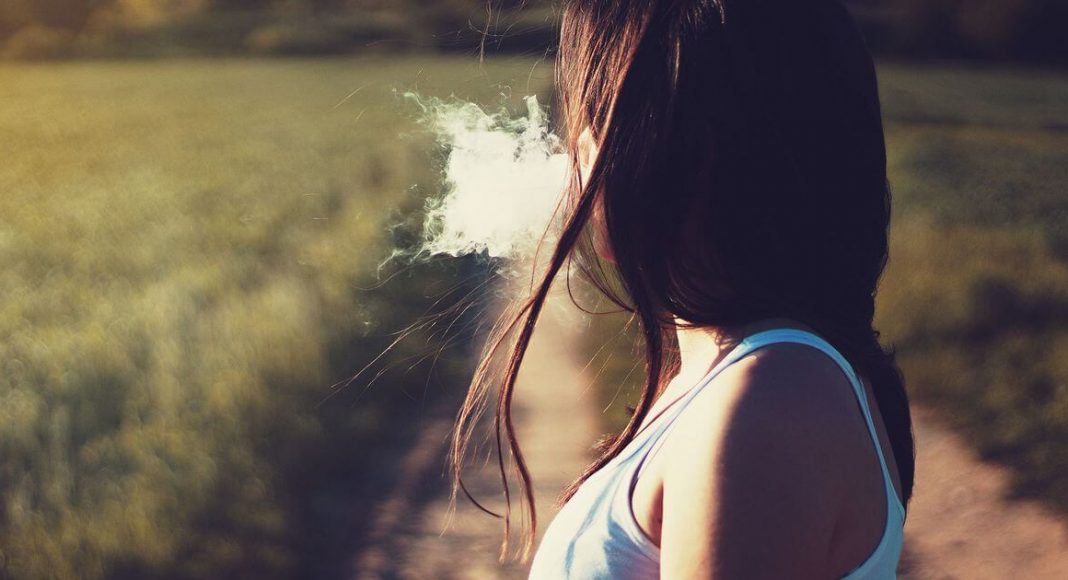 Cannabis Confessionals – Part 3 : Why Recreational, and Why Medical?

Sometimes people wonder why stoners do what we do… so, for pseudo-scientific purposes, F.A.B is launching a new regular series on our readers’ life experiences with cannabis. If you would like to participate in this column, please contact us via our email. Be sure to include approximately 300-500 words on what makes cannabis so special to you. 🙂

Our third entry has been sent in from Eliza.

“If you asked me 12 months ago if I thought I would be using cannabis on a daily basis both medicinally as well as recreationally, I would have screwed up my face and asked a big fat “why”.

Why? That was a major question on my mind earlier this year, when my back suddenly started to hurt. Why was I unable to lift myself off the floor after playing with my niece, why couldn’t I walk after a 7 hour working day? Why, at 27, was I feeling like I had the body of someone twice my age?

After going back to the doctors, repeatedly demanding answers, I got one. Osteoarthritis in my hips, topped with a genetic bone deformity.”

“Suddenly, a life of painkillers and treatments flashed before my eyes… I knew it was time to explore the medicinal capabilities of cannabis, the magnificent plant that it is. The day my doctor handed me a script for prescription painkillers, I knew right then. I wanted to make a decision that was best for my body and my mind.

Prescription painkillers just didn’t cut it, but the pain was too great to bare. At the point in my life, I had been using cannabis purely for recreational use. I knew nothing of the different strains, let alone what ‘CBD’ meant. Additionally, I was smoking joints every day mixed with tobacco, which defeated the purpose of even using the plant to begin with.

Then I met my now good friend Fran, who took one look at my tobacco filed joints and decided I needed to be schooled in good cannabis consumption. I began smoking straight cannabis, instead of spinning. My eyes were opening to the variety and diversity of the plant. I began taking more notice of my buds; the taste, the texture, the smell. I bought my first bong.

Before, weed was just weed. However, as legalisation started happening around the world, as the stigma has begun to lift, and as more and more people talk about it, my bias against it has also dissolved.”

Cultivating Your Own Treatment

“With the rise of PGR weed around the area in the last few months, I have delved into the world of cultivating cannabis of my own accord. I have been growing for 6 months now, which has been an incredible experience. The opportunity to grow my medicine organically from the earth was appealing to me, especially CBD strains (and in turn, making my own oils).”

“Growing has also helped me with my depression. On the days when I felt like I couldn’t keep going, knowing I had a strict routine schedule with my plants kept me getting up out of bed in the morning and helped pull me from the funk I was in. Although I’ve been smoking cannabis recreationally on and off for years, my journey into the world of medicinal cannabis and its usage has really just begun. As my knowledge of the bud increases, my social network of like-minded individuals is expanding, which has been great for my mind and soul.”

“My biggest hurdle has been dating, and the stigma associated with the medical and recreational use of cannabis. I’ve sacrificed relationships to do what I know is right for my self and my body. I recently had a relationship end because the other person could not separate my cannabis use for medicinal purposes from its ‘illegal drug’ status, despite the countless documentaries and news articles we watched and read together. When we broke up, I was portrayed as a drug addict and a criminal. It was then that I decided I needed to start speaking out, opening up about the use of cannabis and its myriad benefits.”

“To properly break the stigma, we need to start those conversations with people. Although my relationship had ended, it had stirred up a topic of discussion within my social network when it comes to cannabis use and the dating scene. In the last twelve months, I’ve gone from tobacco mixed joints to cultivating strains that feed my mind, body and soul.”

“I’ve learned that cannabis can be a healer, as well as a helper. It has become something spiritual for myself. I believe this plant has special connections with our body, the earth and with spirit: the universal energy. I have only just begun my journey, and I’m excited for what the future holds for cannabis in Australia!”

If you really give a shit about your health, please don’t burn your weed. Hot air convection dry herb vaporisers (Ariser Extreme Q, I’m looking at you) extract the terpenes without burning anything so you don’t inhale nasty carcinogens and sooty particulate crap along with your THC.

We completely agree! We love Vaporisers here at FAB. I’m always using my volcano or mighty! (Lately, the Dynavap has taken a good ride!) But we also do appreciate a bong hit here and there for when we want to be sent to space.

And a joint to share around is always lovely.

But we plan to push vaporising more and more as we firmly believe that vaporisation is the true future of cannabis in the 21st century!

It would take me days to say why cannabis is my friend, medically and recreationally. Saved my life.

We would love to hear about it! Feel free to contact us to put in your confession!

Thanks for sharing this, but I still prefer consulting my doctor on top of this matter

Cannabis Confessionals – Part 1 : Why I Use Cannabis