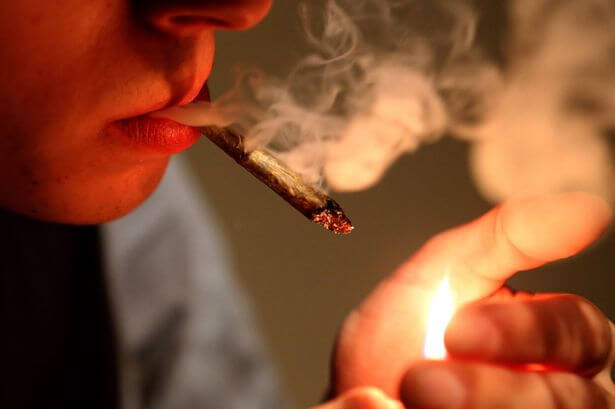 Sometimes people wonder why stoners do what we do… so, for pseudo-scientific purposes, F.A.B is launching a new regular series on our readers’ life experiences with cannabis. If you would like to participate in this column, please contact us via our email. Be sure to include approximately 300-500 words on what makes cannabis so special to you. 🙂

Our second entry is from a man who calls himself Michael-Canna-Biss. Enjoy!

“The first time I tried cannabis was in high school. There was a stigma around it; some of my friends were doing it, so I just tried it. After a few attempts, it honestly didn’t do that much for me.

When I was 15, I moved to a small country town in Central Queensland. I had no access to cannabis there, so I had a break until I returned to Brisbane, when I was about 17. Again, I was just using it recreationally for a couple of years – ‘social smoking’.

In June 2016, I went to an amusement park and a ride triggered a preexisting back injury which I was unaware of at the time. Following this, there were several months of doctors’ and specialists’ appointments, taking prescribed opioid based painkillers (codeine, fentanyl) as well as diazepam, temazepam, tramadol, lyrica and targin.

I took these prescribed medications for a period of approximately 6 months. Over this time, my body built up a tolerance; eventually, I was taking 4 times the prescribed amount, against doctors’ orders, just to feel some sort of relief. This was destroying my internal organs. I couldn’t eat; I would only have a small meal every few days. There were a couple of months where I was shitting blood! I was only getting 2 or 3 hours of sleep, once every couple of days. My depression was spiralling out of control. Due to the severity of the injury, mixed with the effects of taking the prescribed drugs, my mobility decreased. I was not able to do the things I used to do. It impacted my ability to work, causing personal and financial issues.”

“In January 2017, I had enough with all the things going wrong internally. My back pain was still there. I went to my doctor again, and I asked him about medical cannabis. He said that it wasn’t a thing yet. So, I said to him I am not going to keep taking all of these painkillers, as it’s not doing anything to help my back pain – instead, it’s making everything worse”. I asked him: “If I could get my hands on cannabis, would that be a viable option?” The doctor didn’t happen to have any problems with that.

For any stoner, it’s the dream to have your doctor give you the all clear!

At this point, I was buying 3gs (50), which would last me the week. A joint a night, maybe 2 on the weekends for a bit of fun. Within the first week, I regained my appetite and was able to eat again. My insides were healing. My sleep had improved; I was now getting at least 5 hours every night. I was even able to return to work full-time, with the occasional day off for appointments. My pain had reduced itself, and I now had increased mobility. My general quality of life had improved drastically.”

“My back operation was in November 2017, which trimmed the part of the disc which was bulging and suppressing the S1 (spinal cord). As I left the hospital, they provided me with a heap of prescriptions for painkillers. I told them I wasn’t going to do that, giving the prescriptions back to them. On the way home, I stopped by old mate’s house and got some real medicine.”

“Still, within a couple of months, I was back at work on a casual basis – on restricted duties, to begin with. My chronic pain is something I have to live with for the rest of my life, which is why I continue to use cannabis rather than prescription drugs, which simply cause additional medical complications – they do more harm than good in some cases. Certainly in mine.”

Cannabis Confessionals – Part 1 : Why I Use Cannabis

Cannabis Confessionals – Part 3 : Why Recreational, and Why Medical?